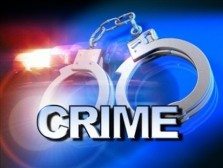 MARTINSBURG, W.Va. — Officers from both the Martinsburg Police Department and the Berkeley County Sheriff’s Office were shot at by a driver they were trying to stop after the vehicle reached speeds of 90 miles an hour on I-81 near Martinsburg.

The Berkeley County Sheriff’s Office tells the Panhandle News Network they were alerted to the reckless driver around 1:30 p.m. Saturday.

A Honda Accord with Maryland plates passed a Sheriff’s unit going southbound on the interstate and got off at King Street. The deputy followed the vehicle to Foxcroft Avenue and attempted a traffic stop and requested additional unites when the suspect vehicle took off, heading south onto Winchester Avenue.

The deputy says the driver crossed the center line and forced other motorists off the roadway.

When a unit from the Martinsburg Police department approached around the 1000 block of Winchester Avenue, the driver of the Honda “began firing multiple shots with a handgun through the windshield of their vehicle towards the MPD vehicle (traveling in the opposite), subsequently striking the MPD cruiser.

The suspect of the Honda lost control of the car, striking a utility pole and fence near the intersection of Winchester Avenue and Sheridan Avenue; the suspect of the vehicle continued to fire on approaching deputies.

A sheriff’s deputy used his vehicle to disable the vehicle.

The suspect driver was taken to Berkeley Medical Center due to injuries, his name is being withheld pending contact with
his family.

The incident is still under active investigation.