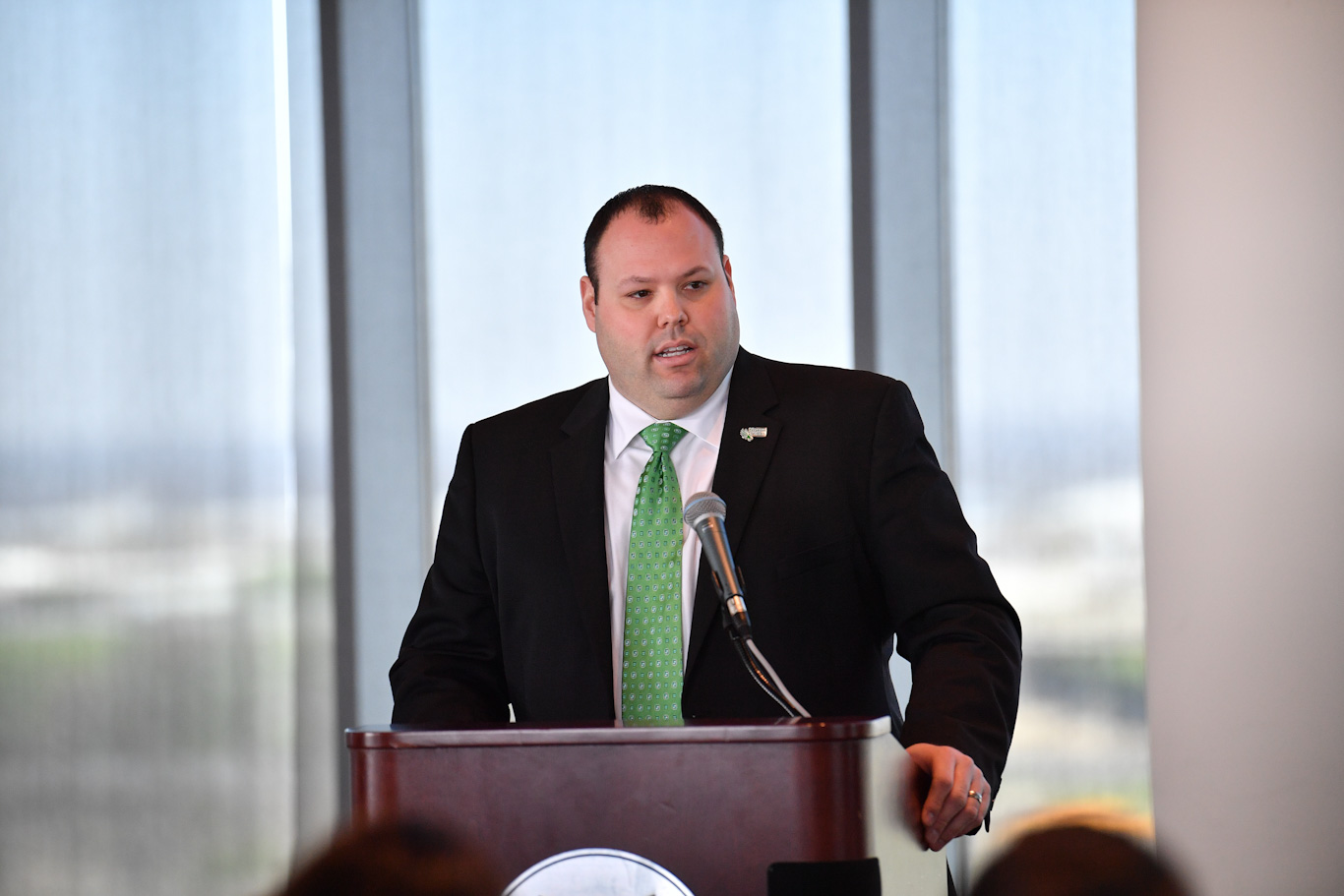 West Virginia has chosen Wren Baker as its next Director of Athletics. (Photo by Rick Yeatts Photography/ Manny Flores)

MORGANTOWN, W.Va. — West Virginia has its next Director of Athletics.

Wren Baker, who spent the previous six-plus years as Vice President/Director of Athletics at North Texas, is filling the vacancy in Morgantown created November 14 with the dismissal of Shane Lyons.

The move, which a source confirmed to MetroNews, was first reported by several national outlets, including Sports Illustrated and ESPN.

Baker will work on a six-year contract with a yearly salary of $1.1 million plus incentives.

“I am thrilled to welcome Wren Baker to the West Virginia University family as our new athletic director and I have no doubt his personality and energy will connect with our student-athletes and coaches, as well as our campus community and alumni,” President Gordon Gee said in a university release.

“When we began this search, we were determined to find someone who could lead in the modern realities of intercollegiate athletics and build on the legacy of his predecessors,” Gee added. “We wanted someone who clearly understood the dynamics of a fast-changing athletics environment and had found success being at the forefront of this new world that includes managing NIL and the portal. We looked at a number of well-qualified candidates and, at the end of the day, Wren met every one of our needs.”

Baker begins his duties at WVU on December 19 and will join Gee for a news conference Monday morning in Morgantown.

“I am incredibly grateful to President Gee, Rob Alsop, the search committee [Turnkey ZRG] and Board of Governors for the opportunity to serve as vice president and director of athletics at West Virginia University,” Baker said. “WVU boasts a powerful brand reputation and a storied academic and athletic history. My family and I can’t wait to get to Morgantown to build relationships and help take Mountaineer Athletics to even greater heights.”

At North Texas, Baker helped guide the Mean Green into the American Athletic Conference, which it will join in July 2023.

UNT is currently a member of Conference USA and its football program will play for the league championship Friday.

Well-regarded for his ability to raise money, Baker led record fundraising years at four different universities. UNT registered the four best fundraising years in school history along with 12 of the 20 largest gifts in the athletic department’s history under his watch.

Baker is a native of Valliant, Oklahoma, and earned an undergraduate degree at Southeastern Oklahoma State and master’s at Oklahoma State.

The success of Mean Green athletics helped contribute to North Texas receiving the invite to join the AAC in October.

Before coming to North Texas, the 44-year-old Baker was Deputy Athletic Director at both Missouri and Memphis, which followed stints as Director of Athletics at a pair of Division II schools — Northwest Missouri State and Rogers State.

After the dismissal of Lyons, Gee said a new athletic director would be responsible for evaluating football coach Neal Brown to decide on his future. That will be Baker’s first major decision at West Virginia and one he won’t have long to decide on.

Brown, who’s under contract through 2026, is 22-25 in four seasons with the Mountaineers, though it’s expected he returns for a fifth season.

West Virginia wrapped up a 5-7 season Saturday with a win at Oklahoma State. The Mountaineers finished with a losing record for the third time in Brown’s four seasons and for a second time, failed to qualify for a bowl game under his watch. WVU is 14-21 in Big 12 play under Brown.

With the NCAA Transfer Portal opening Monday to players and signing day set for December 21, a decision on Brown will have to come quickly. In large part because of the timing of Baker’s hire and the abrupt turnaround to the offseason’s start, indications suggest Brown is likely to remain head coach at WVU for at least one more year.

Baker did not hire a head football coach at North Texas. Seth Littrell is still serving in that role after joining the Mean Green in December 2015 — seven months before Baker began his tenure.

Following a 5-8 season in 2016, UNT won nine games each of the next two years. The Mean Green then suffered through three straight losing seasons, during which time they went a combined 14-21. However, Baker stuck with Littrell, who enters Friday’s game against UTSA with a 44-43 record at North Texas.

North Texas President Neal Smatresk praised Baker for what he accomplished during his tenure with the Mean Green.

After serving UNT for six years as Vice President and Director of @MeanGreenSports, Wren Baker is leaving for an opportunity in West Virginia. #UNT will continue our remarkable upward trajectory in athletics as we transition into The @American_Conf. More: https://t.co/66VPZFktwg pic.twitter.com/OPipq0PY3n