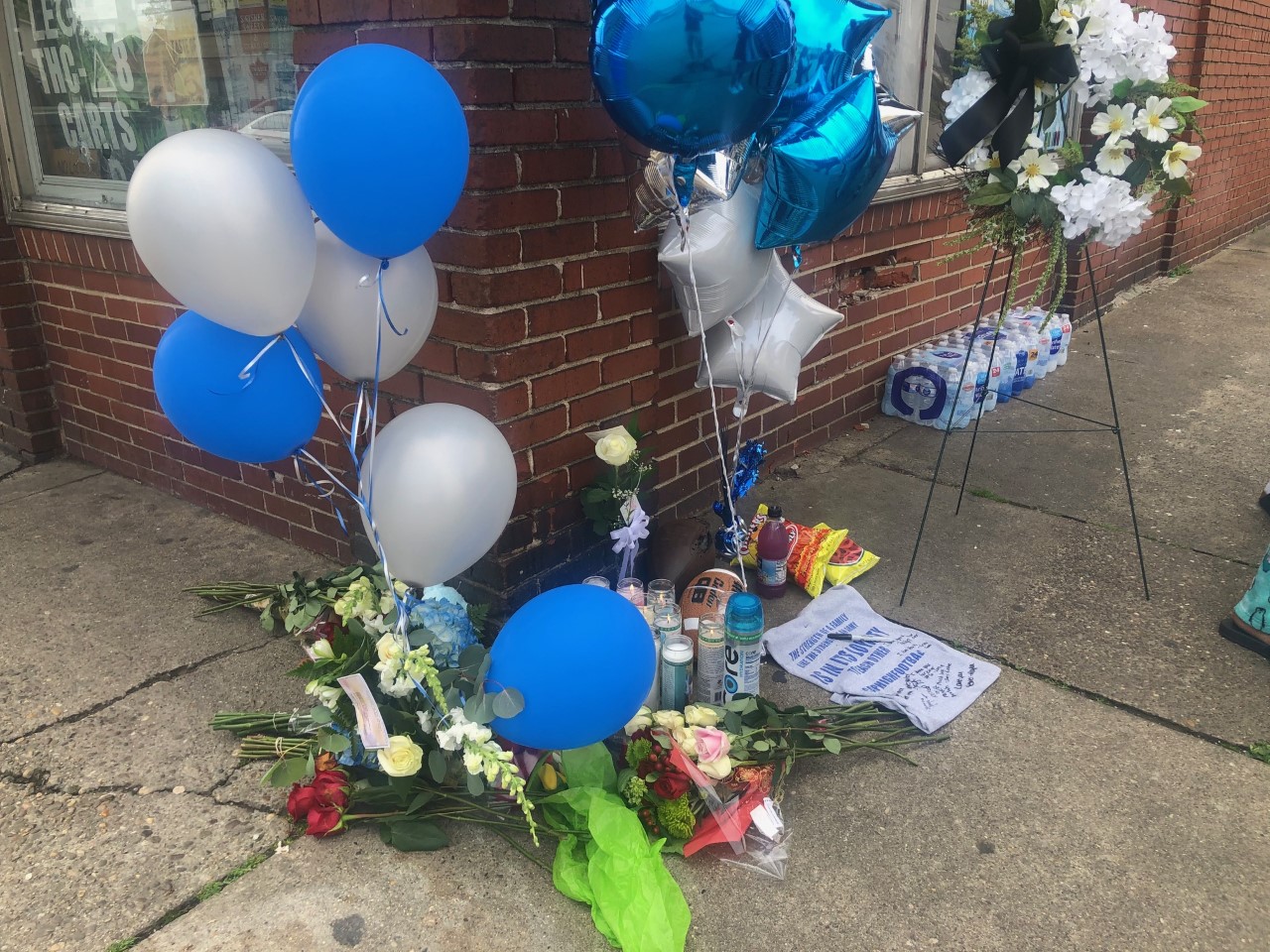 This memorial was set up close to where KJ Taylor was killed in April 2021. (MetroNews photo)

“In the interest of the protection of the public and in protecting society, in my view sir, it is best to permanently remove you from it and I’m going to sentence you to life without mercy,” Tabit told Thomas during a video hearing.

Thomas pulled up in his vehicle on the West Side of Charleston and deliberately fired several shots toward where KJ Taylor was standing and then fled the scene. Police have said that Thomas meant to shoot another person who was close by. Tabit said Friday that man was Keyshawnta St. John. St. John was killed earlier this year in a separate incident. Two defendants are scheduled to be in court Monday for that crime.

KJ’s mother–Tara Richmond–said even though Thomas may have been aiming for someone else there’s no excuse for what he did to her 18-year-old son.

“KJ might not have been the target cause KJ didn’t run the streets. I knew there was no reason for anyone ever to want to kill KJ but I will never in my life get to see KJ again,” Richmond said.
“KJ will never ever be able to give me a grandchild. Me and my husband are left on this earth alone. You took everything from us, everything, I have nothing. I have nothing.”

Taylor’s cousin, Wayne Harris, said he looked up to KJ.

“He was a good person,” Harris said choking back tears.

Thomas gave a brief statement as part of his request for life with mercy. He said he never meant the shooting death to happen.

“I want to apologize to the family for their loss. I hate that they have to go through this. The spirit will always be with them every step of the way. I will forever keep them in my prayers. It was never my intention to hurt KJ,” Thomas said.

Tabit told Thomas his criminal history told a different story. She said he meant to kill St. John and before that was charged in the 2019 shooting death of 28-year-old Antwan Curnell of Dunbar on Interstate 77 at the northbound Westmoreland Road exit. The charge was dropped as part of the plea bargain agreement.

“I’ve seen no acceptance of responsibility whatsoever. You’ve not admitted to killing anybody, not KJ, not Antwan, and I know there’s a hand in just two but I suspect there’s more than that,” Tabit said.

The judge said in the end Thomas took a productive life from the world.

“You have robbed so many of his life and so many people of the love and joy that he brought them and would bring them had he had the opportunity to continue to live,” Tabit said.