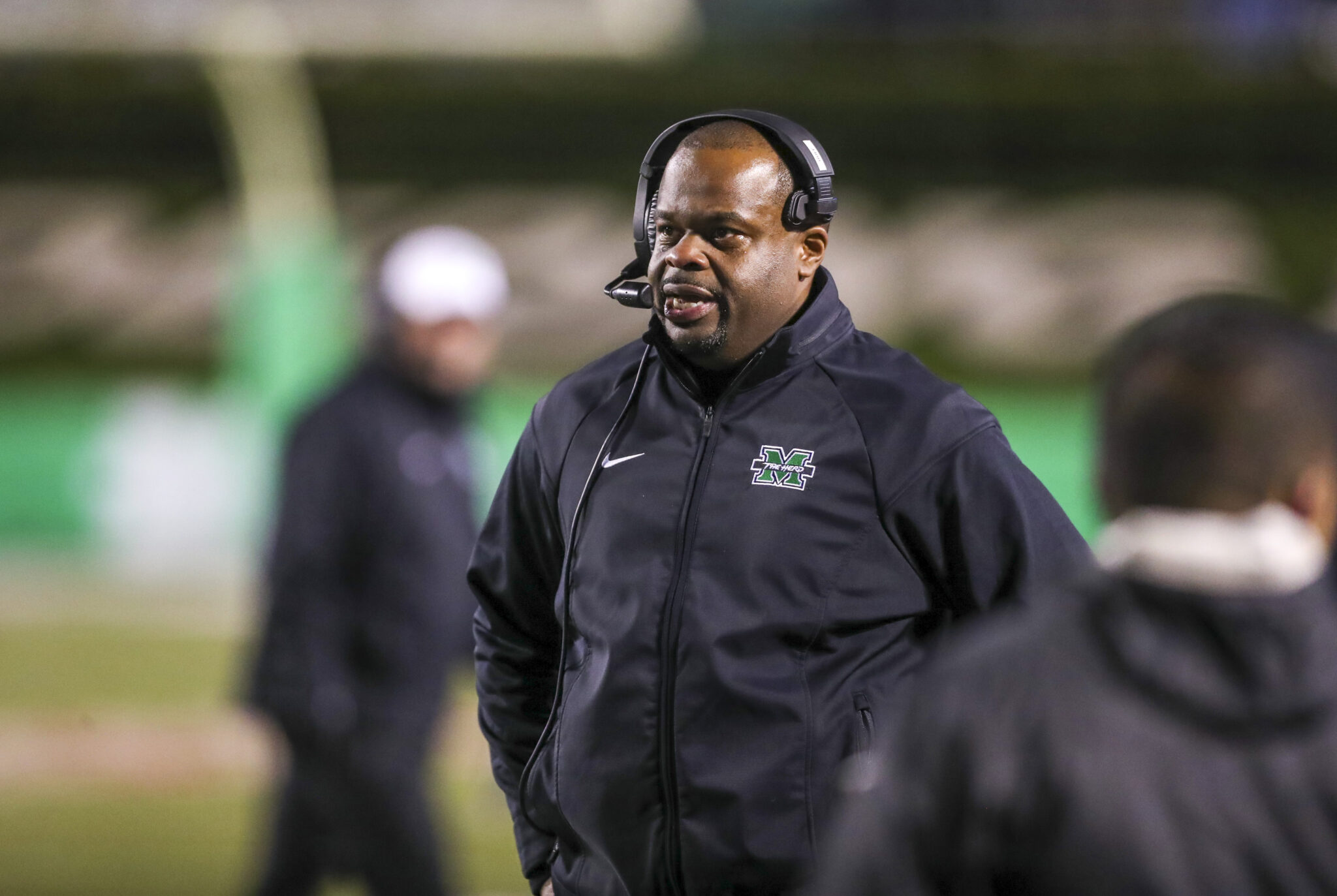 HUNTINGTON, W.Va. —Marshall learned its bowl opponent Sunday when it was announced the Thundering Herd would face UConn in the Myrtle Beach Bowl the afternoon of December 19.

The 2:30 p.m. meeting will be broadcast on ESPN from Brooks Stadium located on the campus of Coastal Carolina.

In its first year as a member of the Sun Belt Conference, Marshall (8-4) will be making its sixth straight bowl appearance and ninth in the last 10 seasons. The Herd’s bowl record is 12-6.

Marshall athletic director Christian Spears said this game will be a good experience for the Herd and its fan base.

“We always want to try to prioritize the experience of our student-athletes and fans when it comes to out postseason opportunities,” Spears said in a university release. “We also want to diversify the competition by playing programs we have not traditionally played. Playing UConn fits that goal. We are excited to get down to the grand strand and take in the Myrtle Beach Bowl experience.”

Spears said Marshall’s bowl success speaks for itself and is important with the changes coming to the College Football Playoff in two years when the current field of four will expand to 12.

“We want to prepare our program for long-term success,” Spears said. “When the CFP expands, we want college football to know Marshall does it right and comes to play.”

This will be the third annual Myrtle Beach Bowl, but the first appearance for both the Herd and UConn in the event.

Marshall won its final four games to end the 2022 regular season. Defense has been the calling card as the Herd is in the top 10 nationally in scoring defense (16.2 points a game for seventh) and total defense (292.8 yards per game for 10th).

On offense, Marshall has one of the country’s top running threats in Khalan Laborn, the transfer from Florida State via the portal who has 1,423 yards and 16 touchdowns. Rasheen Ali, the Herd’s all-purpose star a year ago, returned to action two games ago and has flourished. He was injured in preseason.

UConn started the season 1-4 with successive losses in September to Syracuse, Michigan and North Carolina State. The Huskies went 5-2 from there and beat Boston College, UMass, Florida International and FCS member Central Connecticut to get to .500.

After finishing the season with a 34-17 loss Army back on November 19, UConn had to wait through rivalry week, wishing losses upon as many 5-6 teams as possible. Enough teams did end up losing and, after Buffalo became the last bowl eligible team with a win Friday over Akron, there were 81 eligible teams for 82 spots. That left the door open for Rice to get in one at 5-7, meaning UConn had clinched with its six victories.

Tickets for the contest can be purchased through Marshall athletics. Purchasing tickets there benefits the department financially and ensures Herd fans will be seated in Marshall sections. Fans wishing to purchase through the Marshall Ticket Office should do so through HerdZone or by calling 1-800-THE-HERD during office hours (9-4 Monday through Friday).