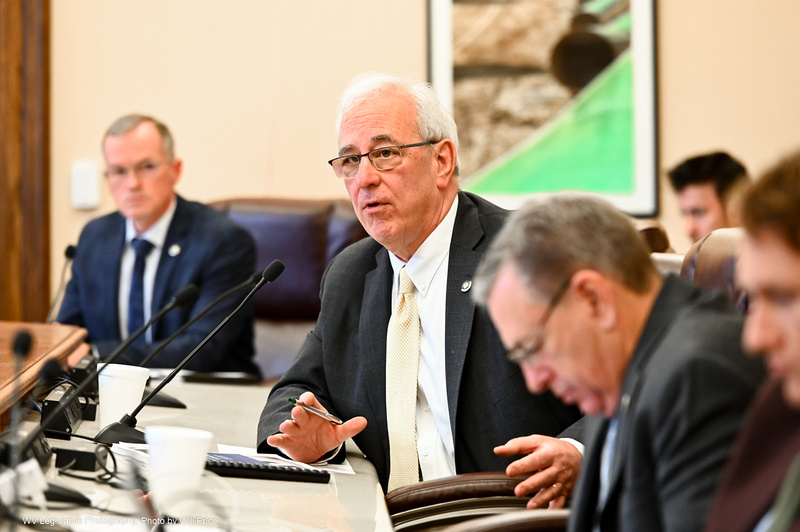 “I think we have children at risk and it’s causing me sleepless nights,” Trump, R-Morgan, said during an interim meeting of the Joint Committee on Government and Finance.

Retention of child protective services workers has been a longstanding challenge for the Department of Health and Human Resources.

Trump, who is chairman of the Senate Judiciary Committee, said he has been receiving calls from judges who are also concerned. Trump asked how many child protective services workers remain on the job in Eastern Panhandle counties.

“How many child protective services workers are employed and doing that job right now?”

Cammie Chapman, the newly-named deputy secretary for child and adult services, didn’t have the number off hand. But Chapman is aware of the problem and described regular trips to the Eastern Panhandle to address it.

“We are very aware of the leadership issues that are there,” Chapman said.

Trump followed up, asking “Can you address what the department is doing about the problem?”

Chapman described efforts to shift supervisors from other counties to also focus on Berkeley, Jefferson and Morgan counties. And cases have been assigned to other staff in the area. So we’re trying to support the staff that’s there and help them manage the case flow that they have, including taking cases that are assigned to other workers,” she said.

Trump wondered if workers from other parts of the state wind up having their attention shifted, “that’s going to leave voids in the services that are being rendered where they’re working.”

Chapman didn’t disagree. “There’s a finite pool of people, and it’s sort of like a balloon; you push on one side and it’s going to pop out on the other.”

But she said the agency has been careful to not shift resources from other areas that are also running short. “Areas that are stable are the areas that we’re using to help stabilize that region.”

Trump wants to use his role as a legislative leader to help find some policy solutions.

“I’m hoping that come January we’ll maybe have some specific recommendations from the department for things the Legislature can do or might do that are designed to be more long-term solutions. It’s a persistent problem there,” he said.

Senator Stephen Baldwin, D-Greenbrier, echoed those concerns. He described recently looking at a newly-established foster care dashboard and concluding that the numbers show zero CPS workers in five counties. “Is that right or is that wrong?”

Chapman responded that in many cases, workers are assigned to a district rather than a county. So the county might say zero even though the district is staffed with workers who serve the individual county.

Baldwin said the majority of counties he’s been representing have vacancies about 50 percent. One county, Summers has no office and no workers, so the other understaffed counties provide service. “I don’t know that paint’s a rosier picture is my point,” Baldwin said.

The senator wanted to know whether a pay raise for social services workers earlier this year seems to have helped.

Chapman responded, “We’re seeing that it has not decreased, so it’s sort of, in layman’s term, we’ve stopped the bleed.”