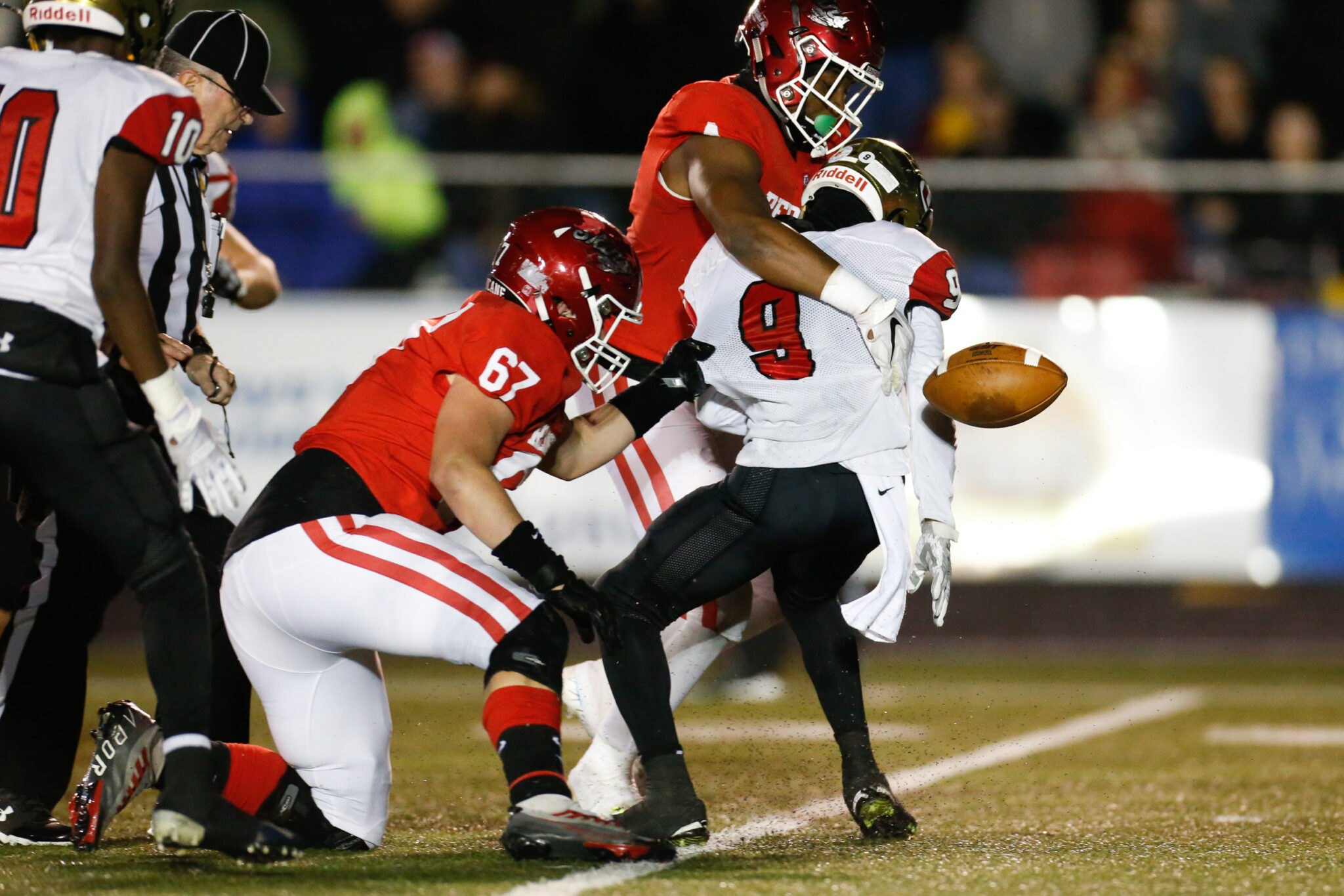 Mondrell Dean is the winner of the Howley Award, presented by the West Virginia Sports Writers Association, as the premier linebacker in West Virginia, but could also make a case for the state’s best defensive lineman, safety or running back.

The 6-foot-4, 220-pound senior led Hurricane to a 10-3 record and a berth in the Class AAA state semifinals this season by serving as a do-it-all star at multiple positions.

“Mondrell’s a great player,” said Gavin Lochow, quarterback of state champion Huntington High. “He’s all over the place. He could play anywhere. Defensive end, linebacker, safety. You always have to know where he is. He’s that good.”

Dean owns 13 major college scholarship offers. He made 139 tackles, 24 for losses, and 11 sacks, caused four fumbles and recovered one this season. His combination of speed, power and intelligence made Dean a challenge for even double-teaming blockers.

“He does everything that he can on defense,” Hurricane coach Donnie Mays said. “He makes tackles, he plays multiple positions. In my opinion, he’s the most valuable player in West Virginia.”

Dean, who transferred to Hurricane after three seasons at South Charleston, said he is comfortable playing wherever he’s asked.

“I think I can play anywhere,” Dean said. “I can go to the backfield or to the quarterback position or wide receiver. I really can just go out there and just help the team. That’s what I really want to do is just get out there and put the ball in the end zone.”

Mays, who coached Dean at South Charleston before taking the Hurricane job this season, said he thinks his star player not only is the best defender in the state but the premier player overall.

“He sparingly plays offense but when he does he’s so impactful that his numbers are that of some kids who start on a lot of teams,” Mays said of Dean, who as a running back carried 76 times for 617 yards and 16 touchdowns. Dean also caught 11 passes for 191 yards and one touchdown.

“He goes out and plays some receiver and even took some snaps at quarterback,” Mays said. “He’s very valuable in what he can do on a football field. In my opinion he’s the best player in the state.”

Mays said Dean will be a great college player.

“He gets in the weight room and he works hard,” Mays said. “He works hard on the field. He’s become a better student. Everything about Mondrell has been a turn for the upside. When he goes out on the football field, he plays like a man possessed.”

Dean is the second Hurricane linebacker in as many years to win the Howley Award, named for former Warwood High, West Virginia University and Dallas Cowboys star Chuck Howley. Dean will be honored at the WVSWA Victory Awards Dinner May 7 at the Embassy Suites in Charleston.