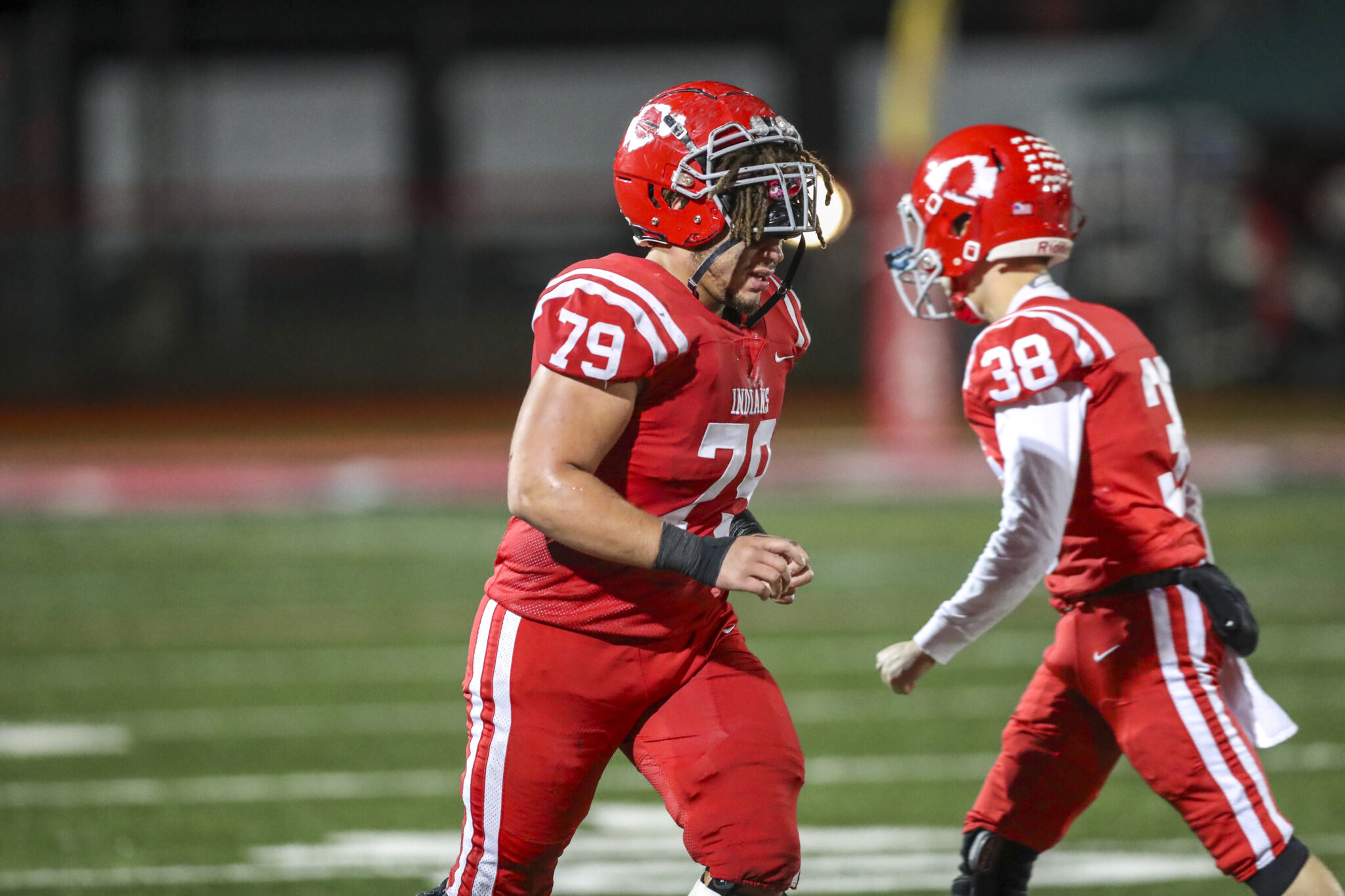 Bridgeport's Kamar Summers is the recipient of this year's Stydahar Award. Photo by Ben Queen/www.BenQueenPhotography.com

— By Chris Johnson, For The WVSWA

BRIDGEPORT, W.Va. — This time a year ago, nobody knew for sure if Bridgeport’s Kamar Summers was going to play football again.

He had suffered his second major knee injury, a torn ACL on his right knee, late in the regular season. That injury came on the heels of a torn MCL on his left knee that kept him out of action until late in his sophomore season.

For some players, two injuries like that would mean the end of their high school playing days. Others would work and go through rehab yet might not be as effective or have the same mobility.

As a senior, Summers proved that would not be the case for him. The injuries just gave him extra motivation as he came back stronger than before and today he has been named the winner of the 2022 Stydahar Award, given annually by the West Virginia Sports Writers Association to the state’s top interior lineman.

“I went into this season with the mindset, ‘I’m tired of the injuries,’” Summer said. “I felt like I still had something to prove. I actually still feel like I have something to prove. I wasn’t scared or intimidated by anybody across from me on either side of the ball. I tried to play like nobody across from me was better than me. I feel like, to be successful, that’s the way you have to go out there and play every snap of every game.”

Summers was a dominant force on both sides of the ball for the Indians, who finished with a 9-3 record, advanced to the Class AAA quarterfinals and extended their on-going state record streaks of playoff appearances to 30 and non-losing seasons to 55.

Defensively, his numbers may not jump off the page but he did face a double-team on virtually every snap and still finished with 29 tackles, five for a loss and three sacks. If he wasn’t making a play, his presence on defense and the attention he commanded certainly opened up things for one of his teammates to make a stop.

On offense, he paved the way for a single-wing rushing attack that put up an average of 368 yards per game. Two weeks ago, Summers was a first-team Class AAA All-State selection on the offensive line.

“I don’t think it matters what kind of offense you run, you need a kid like Kamar up front if you want to be successful,” Bridgeport coach Tyler Phares said. “You are always going to be better off if you have special linemen and Kamar was special.

“As a sophomore, he gets injured early. As a junior he plays seven games then gets hurt. He comes his senior year and really dominates on both sides of the ball and really he was just a junior experience wise.

“I’m extremely happy for a young man that’s gone through a bunch of trials and tribulations in his high school career. We always knew he could play. He’s gotten in better shape, he’s worked hard and by the time he was a senior he had worked to become the best lineman in West Virginia. He played hard and he was always ready to play, especially in big moments in the game, the fourth and shorts, the quick turnovers.”

Phares said he thinks in an odd way, the injuries actually helped Summers because he became more aware of how precise his footwork had to be and how he constantly had to be aware of not putting himself in a poor position to make a block or fight off a block.

That new outlook combined with his already-present ability to play with low leverage when it comes to pad level and his low center of gravity from his wrestling background helped make him a matchup nightmare for every opponent this season.

“I think the wrestling background definitely helps with the way I play,” said Summers, who would have been a favorite to win the Class AAA heavyweight title last year if not for the injury and will be one of the favorites this year. “But more importantly, I think wrestling helped with my mentality when it comes to football. You have to go all out, all the time. You can’t stop.”

Summers is the third player in Bridgeport High School history to receive the honor joining Garrett Stanley (2011) and Barry Myers (1972).

Summers will be honored at the WVSWA Victory Awards Dinner May 7 at the Embassy Suites in Charleston.