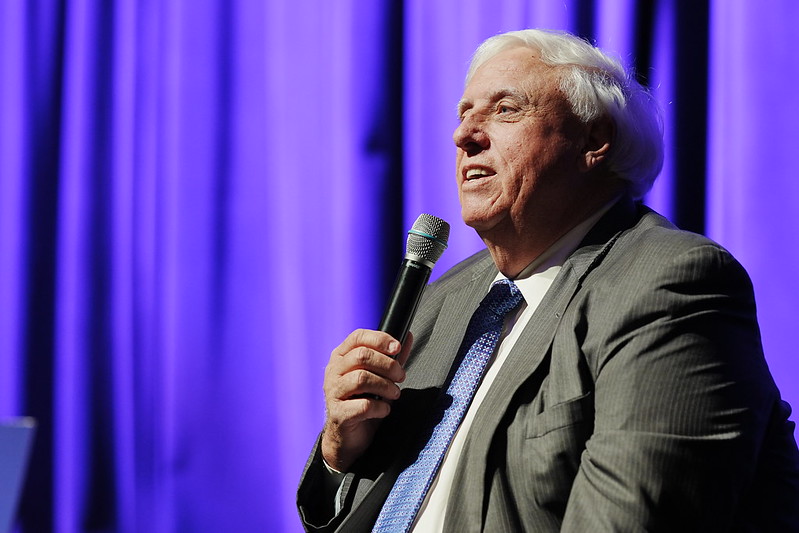 Gov. Jim Justice is calling for a “relatively flat,” $4.884 billion budget that includes pay raises for most state employees and some increased financial support for the Public Employees Insurance Agency.

“I want to mind the store,” Justice said during his State of the State address.

“The governor instructed us to build an essentially flat budget,” Revenue Secretary Dave Hardy, saying the 5.35 percent increase over last year is well below the rate of inflation.

He said the budget can be seen as flat but does include a large surplus section, which represents spending priorities if the state ends the fiscal year by exceeding budget estimates.

“The big conversation in the budget this year will be the surplus section. That’s where there will be a lot of dollars,” Hardy said.

The proposal includes average 5 percent pay raises for state employees. That amounts to an allocation of $115 million.

The governor’s budget allocates an additional $59 million to the Public Employees Insurance Agency. Forty million of that is meant to help the state’s reimbursement rate for medical providers reach 110 percent of the rate Medicare pays. The remaining $19 million is meant to help solidify PEIA’s finances more generally for the coming fiscal year.

And the governor’s proposal increases the school aid formula by $35 million.

State officials have been aiming for flat budgets even as state revenue figures continue to set records. The most recent monthly financial figures for the state show West Virginia is already $833 million above estimates for this fiscal year.

“It’s clear we’re in historic times. You can use whatever word you want to use. Unprecedented. Jaw dropping,” Hardy said.

Kelly Allen, executive director of the West Virginia Center on Budget & Policy, warned that West Virginia’s current budget health might not last. And she noted the state has investment needs, like incentives to hire adequate numbers of child protective services workers, that have gone untended.

“We are seeing the consequences of that policy decision every single day,” Allen said. “We have shortages of CPS, correctional officers, teachers. We have a PEIA crisis pending, both because of funding for the program at current levels and reimbursement rates. We’ve got a childcare crisis. These are the real life consequences of that flat budget.”

Kelly Allen, Executive Director of the @WVCBP, joins @HoppyKercheval LIVE from the Capitol to discuss the state's budget surplus. What should the state do? WATCH: https://t.co/yCFQ3nEhk6 pic.twitter.com/IuTJJotCFn