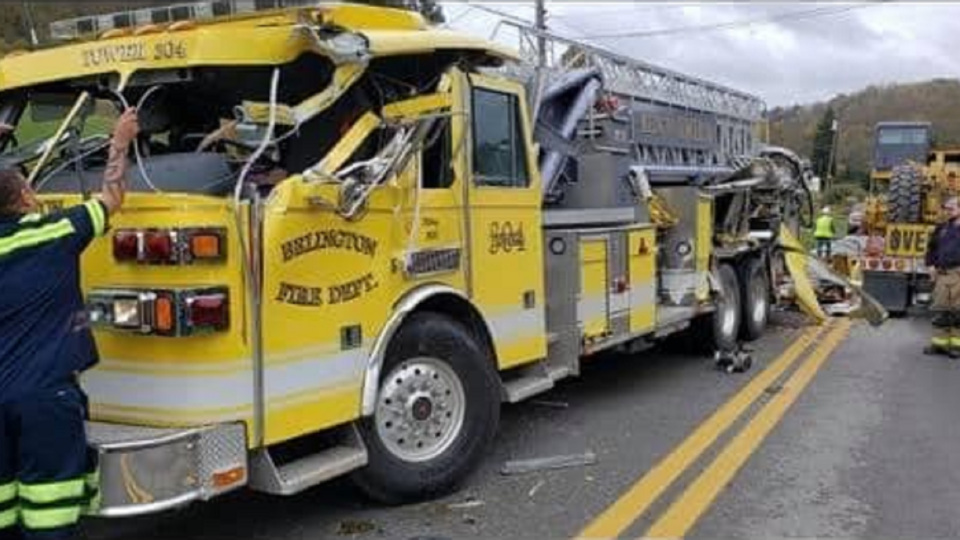 BELINGTON, W.Va. — The Belington Volunteer Fire Department is going to be down one apparatus for an extended period of time.

According to Chief Phil Hart a ladder truck from the department was heavily damaged when it was sideswiped by an oversized load Friday. The incident occurred on U.S. Route 119 in the Webster community of Taylor County Friday afternoon.

The truck, according to a Facebook post by the department, was traveling to Taylor County to be part of a fire fighter’s funeral in the Grafton area.

Two members of the Belington VFD were on the truck. One of them sustained minor injuries. The driver was more seriously injured and taken to Ruby Memorial Hospital in Morgantown.

Chief Hart indicated the accident will not impact fire protection for those served in the Belington community.