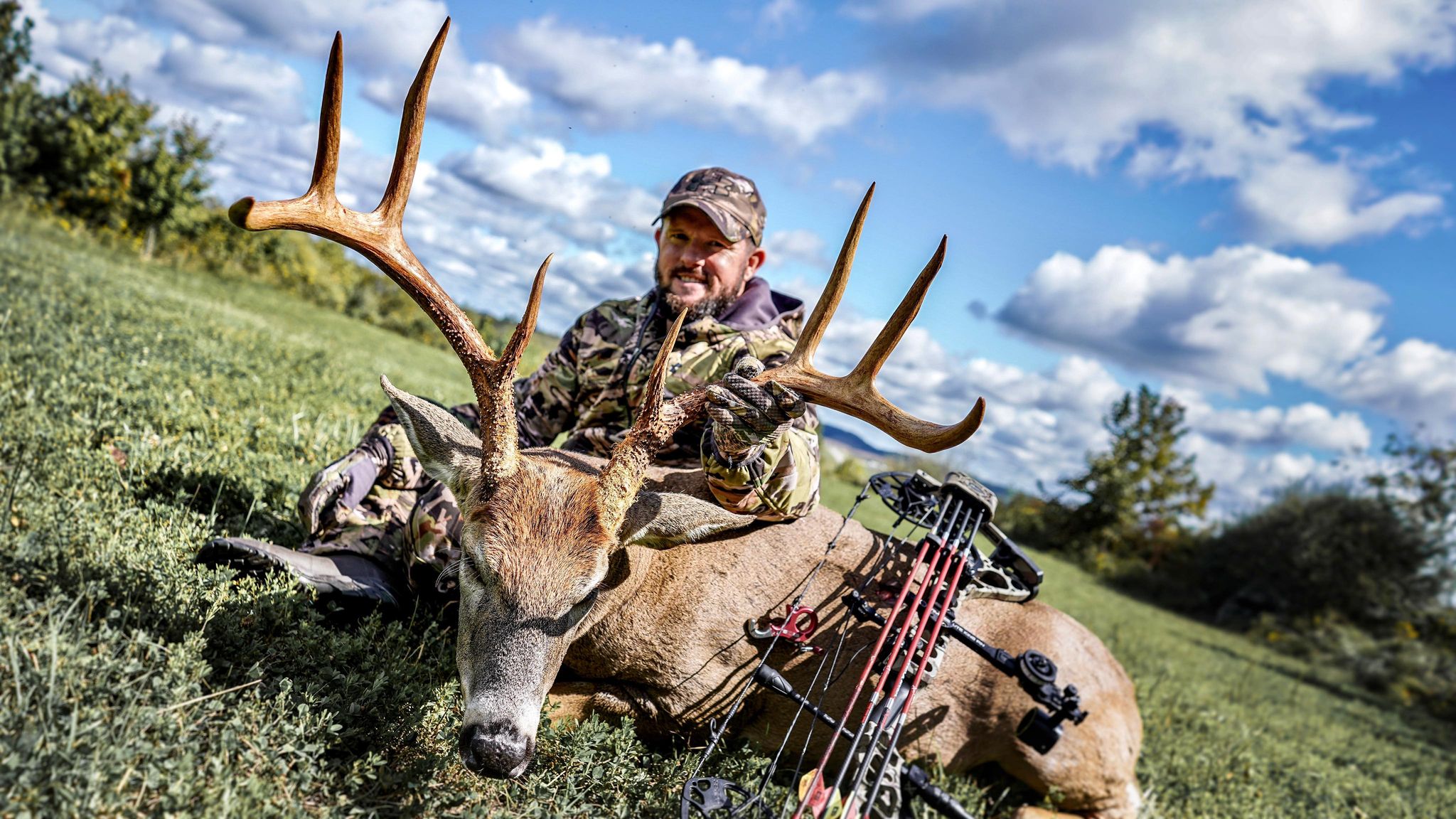 LOGAN, W.Va. — West Virginia’s four archery only counties created a unique set of circumstances over the past five to six decades. The limit of one buck and archery only restrictions has created a trophy hunting opportunity like no other in America. However, if you think you’re going to show up one morning and put your name in the Pope and Young record books by lunch time, you’re sorely mistaken.

The situation in West Virginia’s archery only counties has created a select group of hunters who spend the better part of their lives, year round, trying to pattern and trail one specific deer. Ethan McCallister of Logan is one of those hunters.

“Nothing is guaranteed out there. You have to give it all you got and hope for the best. But if you do your homework, you tend to create your own luck,” Ethan said in a recent edition of West Virginia.

The focus on a single buck often means a year of hunting with nothing to show for it. However, when it all comes together, McCallister winds up on the radio talking about his buck.

We first met Ethan in 2013 when he killed one of the biggest bucks ever in West Virginia. Should there be any doubt about the difficulty of hunting a single buck, he didn’t kill another deer until 2017. During the 2020 archery season he killed his third buck in seven years, another with which he has a long history.

“I started chasing him in 2018, but I had been watching him since 2015. He was always a great, big framed deer and I thought if he had the age he would have those G-4 points and become a ten point. But he didn’t do that, he stayed an 8-point his whole life, so in 2018 I decided to start chasing him,” McAlister explained.

He watched the deer on camera and patterned his movement during the run up to the 2018 season. However, Ethan said he never could have predicted the kind of mental torture a buck could inflict on a hunter who was solely focused on the pursuit.

“I thought it was going to be an easy season. Trust me, I’ll never say that again. He made it rough,” he said.

Listen to “Ethan McCallister on W.Va. Outdoors” on Spreaker.


The big buck made his first showing for Ethan on October 19, 2018. Two bucks were sparring on a flat above Ethan’s stand and he spied the big buck walking a trail in to investigate. Although the trail would bring the buck by Ethan for a 20 yard shot, the buck veered away, made a scrape, and disappeared over the hill.

On the same stand only a few weeks later, the big buck made his way down the same trail, but came in from the opposite side. He stood directly under the stand when McCallister went to full draw.  But there was the heart breaking sound of the arrow rubbing metal as he pulled it to the “lock position.” McCallister said he hadn’t secured his rest, and the arrow had fallen off the rest. The buck heard the sound too and bolted realizing something wasn’t right.

Ethan’s third encounter in 2018 came late in the year around November. He spotted the buck and tried to bring him closer with a snort and wheeze call. Although the buck closed to about 40 yards, according to McCallister when the buck saw no other buck around who could have made that noise, he left again knowing something wasn’t right.

“That was the last time I saw him out of the tree stand in ’18. He was always a step ahead of me for some reason. I did find his sheds in ’18, and I jumped ahead to ’19 and I thought this would be the year,” Ethan explained.

2019 proved to be even tougher. It was a solid mast year and the buck held to no pattern at all. Ethan could never get in the right position at the right time.

Therefore when the 2020 season arrived, Ethan was pleased to have some trail came pictures of the buck. However, none of them since he had shed his velvet were daylight pictures. Then on October 2nd three years of frustration finally ended for Ethan.

But unlike two years earlier, this time the buck made the exact move Ethan had anticipated.

Ethan admitted the buck may not be the biggest he’d ever taken, but he certainly was the hardest earned.

“I had other deer bigger than him, but I was on a mission for him. It started in 2018 and I wasn’t going to quit until it was over,” he said.

Now that it’s over, look for Ethan to size up the next quest. We may hear about it from Ethan next fall. Then again, we may not hear about it until the next presidential election year.