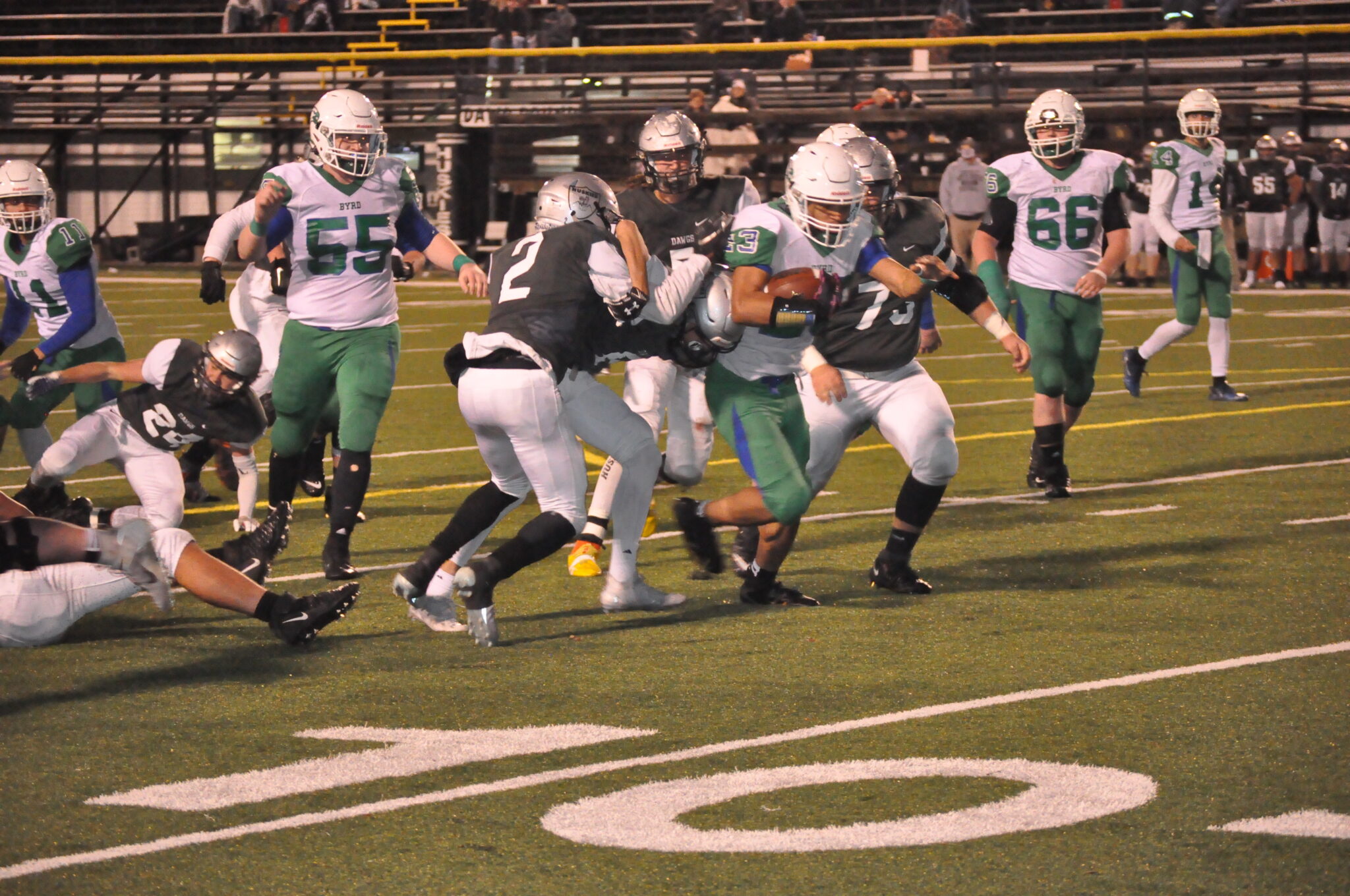 RACHEL, W.Va. — Facing a four-point deficit at halftime of Friday’s contest at North Marion, Robert C. Byrd was in need of a spark to start the change the momentum of the contest.

The Eagles got one from their defense in the form of a three-and-out to start the third quarter, then continued to ride tailback Jeremiah King, who rushed for 332 yards and four touchdowns in a 30-17 win over the Huskies.

With the victory, the Class AA No. 9 Eagles improved to 6-2, while the No. 8 Huskies fell to 5-3 with their second straight loss. King became the school’s all-time leading rusher and was instrumental in helping Byrd secure a playoff bid and record its most impressive win of the season.

“We’re going to keep feeding that horse and he’s going to take us,” Eagles’ coach Josh Gorrell said. “I just love him.”

After getting a stop to regain possession just 1:03 into the second half, King rushed for 58 yards on RCB’s opening series of the second half and scored from 25 yards to give the Eagles a 17-14 lead at the 8:02 mark of the third quarter.

“We talked about we don’t want to come out and lay an egg right out of the gate and put our defense right back on the field,” Huskies’ coach Daran Hays said. “That hurt.”

The Eagles then turned NMHS over on downs to take over at their 38.

“Defensively, we were outstanding,” Gorrell said. “Austin Scott put together a heck of a gameplan.”

On the ensuing series, Xavier Lopez found Bryson Lucas for a critical 13-yard pass on third-and-10 to keep the drive alive, and it ended 2 minutes into the fourth quarter with King’s 19-yard TD run. Although the point-after try was no good, the Eagles held a nine-point lead.

“(Lucas) is so big and long and catches it so well,” Hays said. “King shouldered the load for them. Big players show up in big games.”

The Huskies moved into the red zone on their next series but ultimately settled for a 27-yard field goal from Malachi Funkhouser, trimming their deficit to six points with 6:22 remaining.

The Eagles sealed the win with a thrilling touchdown drive that began at their 12-yard line. Lopez and Lucas connected for a 33-yard pass on third-and-19, before King broke away from the defense for a 41-yard TD run with 1:15 to play.

“The ability to run the football and really grow up and eat clock put us in position to win,” Gorrell said.

The Huskies built an early 7-0 lead on the strength of Tariq Miller’s 81-yard run, but King capped off a 13 play, 68-yard drive with an 8-yard TD run to pull the Eagles even 8 seconds into the second quarter.

Cameron Clark’s 27-yard field goal gave Byrd its first lead of the game 3:26 before halftime, but Brody Hall tossed a 5-yard TD pass to Garrett Conaway on fourth-and-3 to send North Marion into the break with the 14-10 lead.

RCB will look to wrap up at least one home playoff game when it concludes the regular season next Friday at Lincoln, while the Huskies will face Liberty Harrison looking to avoid a third straight setback.