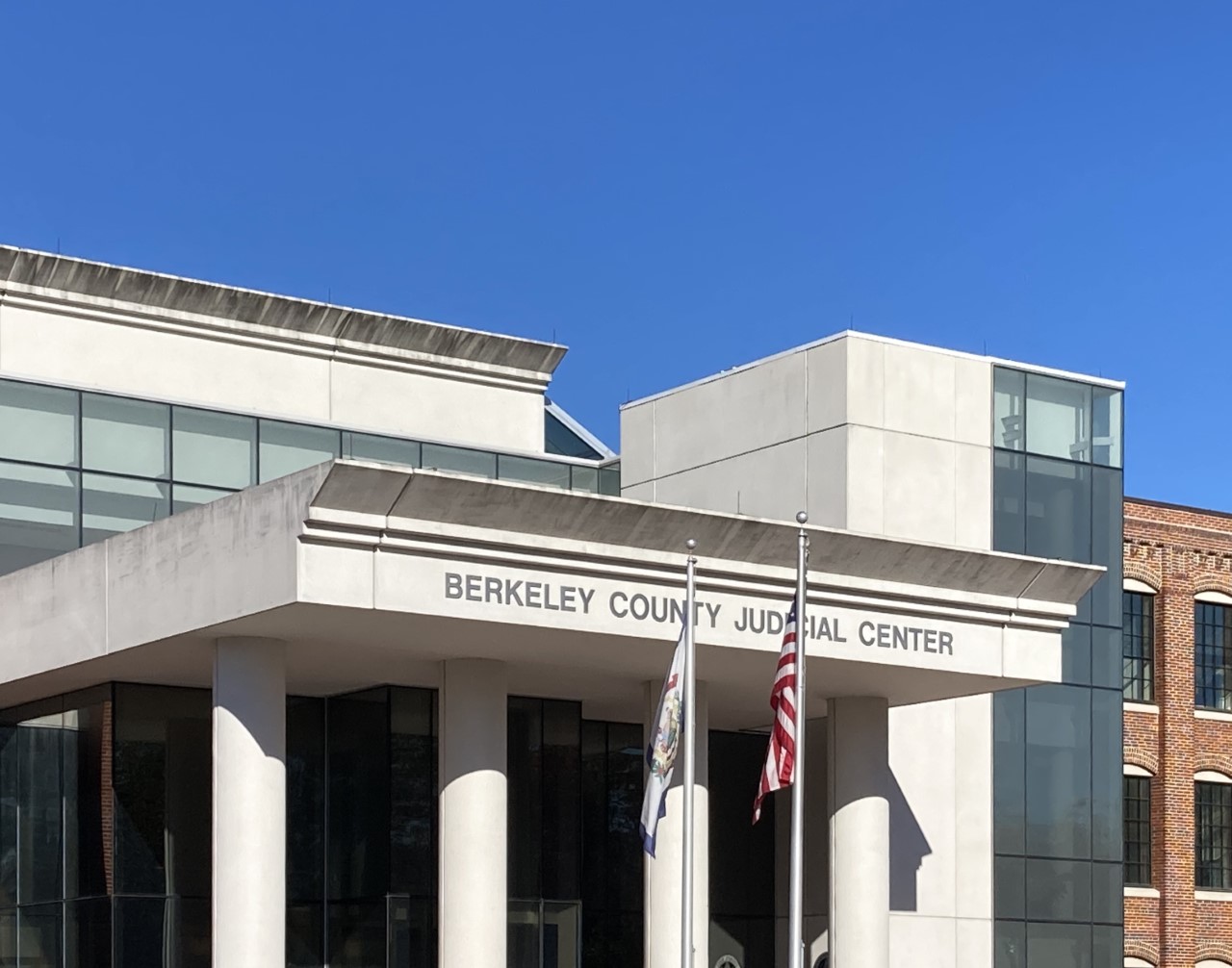 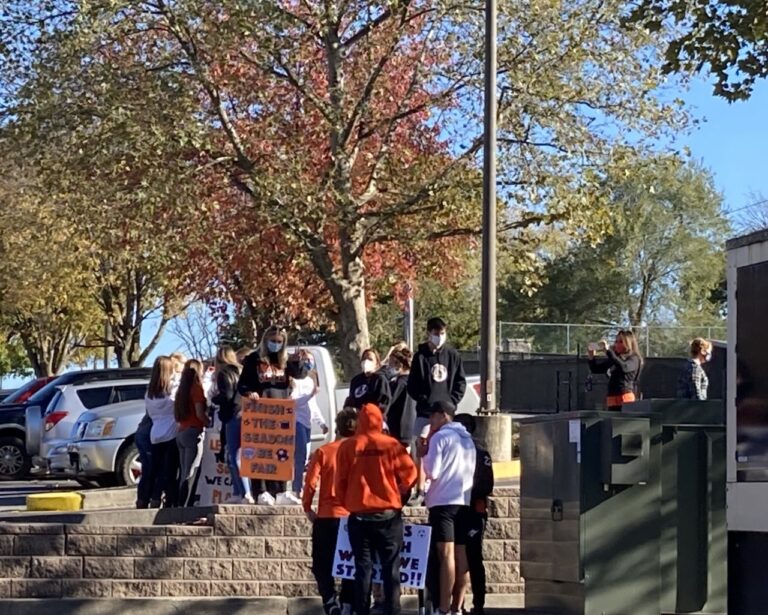 Soccer players from several Berkeley County schools gathered outside the judicial building in Martinsburg during the hearing.

Soccer players from several Berkeley County schools gathered outside the judicial building in Martinsburg during the hearing. 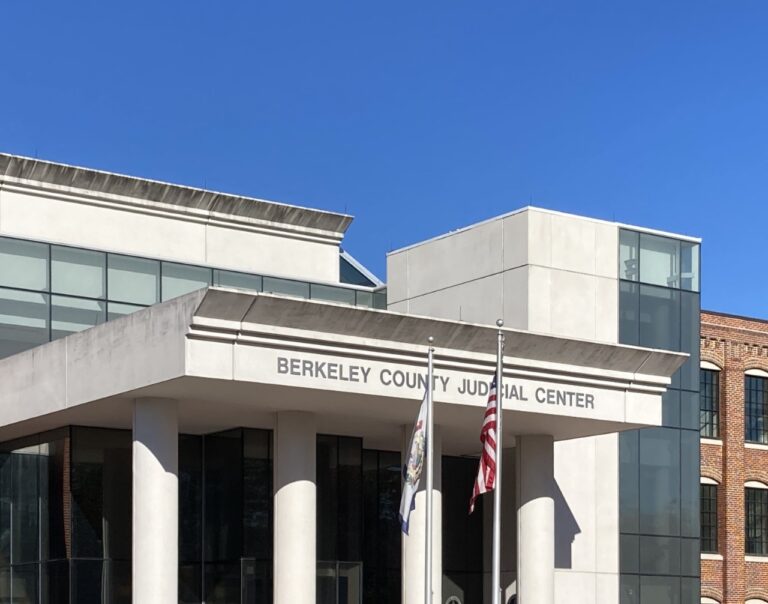 MARTINSBURG, W.Va. — If a Martinsburg High School soccer player’s lawsuit is successful, this weekend’s state tournament in Beckley will be postponed.

Emily Beck and her parents, attorneys Barry and Kelly Beck, appeared before Berkeley County Circuit Court Judge Steven Redding Wednesday, accompanied by 17 soccer players the judge estimated came from all four of the county’s high schools and who represented both boys and girls teams. More students were gathered outside the judicial building holding signs and waiting.

Beck’s petition seeks a postponement of the state tournament on the grounds that the Berkeley County teams were shut out by default because of their orange status on the state’s school metric map.

The petition claimed Berkeley County athletes were denied equal protection under the law because they had not had access to the amount of testing other counties had.

The Becks argued that during the month of October Kanawha County residents were afforded at least 83 hours of unscheduled free testing throughout the county in addition to testing offered at local pharmacies. ….”On Friday October 30th Kanawha County had an infection rate of 23.26 per 100,000 but had a positivity rate of 2.97. By comparison Berkeley County residents had approximately forty-eight hours of unscheduled free testing.”

The Becks said had more testing been made available, the positivity rate could have allowed for soccer players to play. Instead, it was decided that Jefferson County would represent the Panhandle in the tournament.

Beckley attorney William Wooton represented the West Virginia Secondary Schools Activities Commission during the hearing via telephone. He said the Beck’s petition should have included the governor, the state DHHR, and the state Board of Education.
Wooton argued that the SSAC was complying with their mandates. He said the WVSSAC does not “have the ability to set regulations.”

He argued the testing opportunities in Berkeley County are comparable to those offered in Kanawha County when adjusted for population.

Wooton said he asked members of the National Guard about testing protocols in Berkeley County and was told no one was ever turned away from a testing site in Berkeley County. He argued instead that the testing offered was “underutilized.”

Challenged about their decision to allow cross country tournaments to continue with Berkeley County athletes while the county was in Orange, he argued cross country has a low chance of transmission as a sport. Wooton said they made a similar petition to the state DHHR for high school soccer, but had been denied.

Kelly Beck pointed out that the WVSSAC has adjusted its guidelines regarding Gold counties and cross-county play in the past, hinting they may have the flexibility to adjust standards regarding soccer, as well.

“They clearly don’t believe they (the WVSSAC) are bound by the rules because they amend the rules as they see fit,” Barry Beck told the court.

WVSSAC Executive Director Bernie Dolan joined the hearing via telephone as well. He said the tournament in Raleigh County this weekend had been planned for the last year and postponing it would cost the WVSSAC $20,000.00. He said the SSAC makes no money off soccer tournaments, so it would cause a financial loss.

Wooton said postponing the tournament would mean athletes from 16 teams around the state would have to alter their plans. “It is not in the public’s interest to disrupt this event,” he said.

The attorneys also argued about whether or not the venue for the court case should have been Raleigh County, the site of the state tournament.

The Becks say that using the percent positive metric means that students with higher infection rates are being allowed to play in Raleigh County this week while Berkeley County athletes are not.

Barry Beck said going to a state tournament is a goal set in an athlete’s mind early on in a season. He said the actions of the defendants have deprived soccer athletes in the county of that right.

The Becks say they are hoping the WVSSAC will consider ways to fix what they called the ‘unfairness’ of the current system, to provide more testing or come up with an alternate metric, and find a way that allows athletes to play in a safe way. “We’re asking the WVSSAC to do its job and provide equal opportunities for students,” Barry Beck said.

Judge Redding said he understood the time sensitivity of the case and had  indicated he would further consider the case by the end of the day Wednesday.