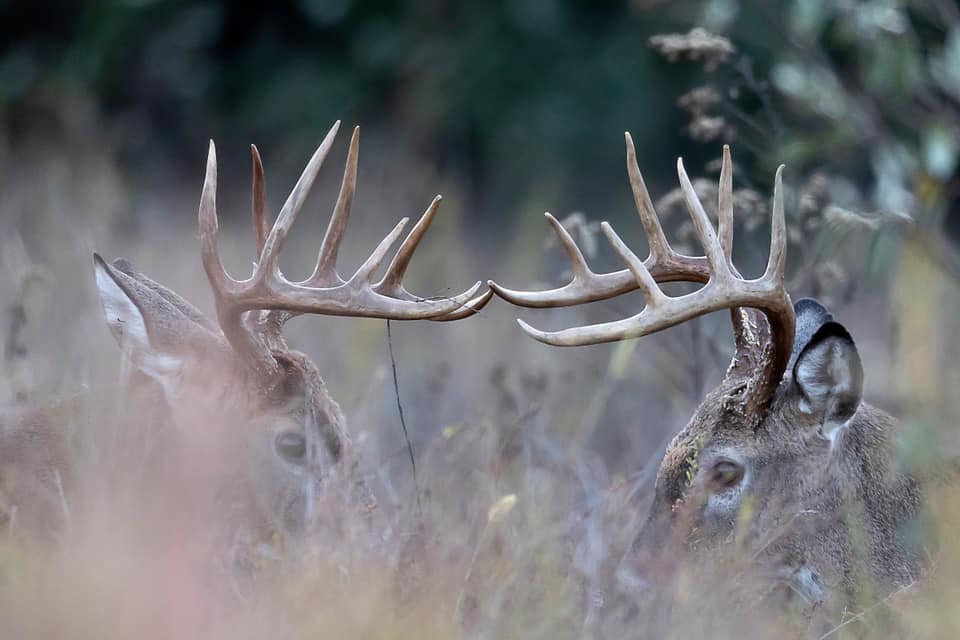 Age is the single most important factor in the size of a buck's rack. As hunters pass on small deer, the rewards are being noticed. Photo: Mark Bias

ELKINS, W.Va. — As you scroll through your social media feeds in West Virginia, you may have some eye popping pictures jumping out of the screen. This is the time of year everybody likes to look for big antlers–hoping to show off a set to everybody else. Over the course of the last couple of decades, it may have seemed like you were seeing more and more big bucks being killed in West Virginia. You’d be correct.

The reasons vary, but the biggest factor is bucks are managing to live longer.

“Antler development is mainly determined by the age of the animal,” said Jim Crum, Deer Project Leader for the West Virginia Division of Natural Resources. “Nutrition is important big time and everybody wants to talk about genetics, but that plays a minor role and it’s really hard to influence.”

Crum said data from the Division of Natural Resources tends to bear out those facts. The average age of bucks killed in West Virginia in the past three decades has steadily gone upward.

Over the last several decades the DNR has run concurrent antlerless hunting seasons with the two week rifle season for white tailed deer. A lot of those hunters who were just there to kill “a deer” have been content to shoot the doe when they see her and be done. Crum noted antlerless season has saved a lot of bucks and it’s solved a lot of problems for all deer.

Those overpopulation issues which were prevalent in the 90’s and early 2000’s have been corrected according to Crum. There are still some places where deer densities are higher than what the agency believes is the carrying capacity of the land, but they are far fewer today than 20 years ago.

The other factor which is fueling bigger racks and head turning antler groups are hunters themselves. Hunters, on the whole, have become more disciplined. They’ve started to make the conscious decision to let young bucks walk on and wait to see what might come later. Crum said the practice has been a key factor in the larger antlers we’re seeing.

“We’ve had a big change in hunters. They’re allowing smaller antlered deer to walk. They understand some of the biology behind how they get bigger antlers,” he said.