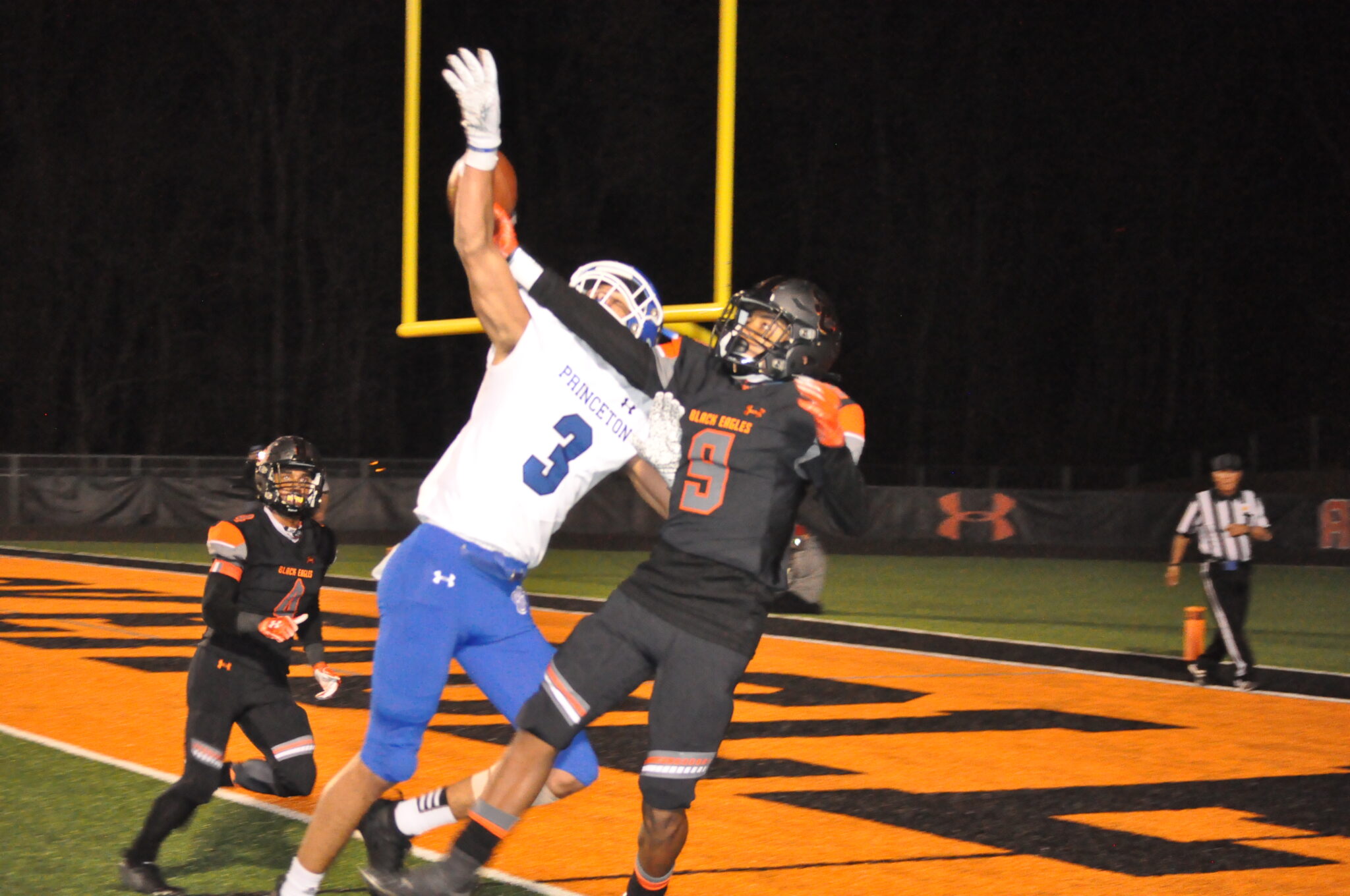 SOUTH CHARLESTON, W.Va. — Few teams across the state can match South Charleston when it comes to talent and speed.

“We felt like our defensive line was better than what they had up front and it showed tonight,” SC coach Donnie Mays said. “They had to get the ball out quick and when you do that, you can limit what they’re trying to do offensively to screens and quick game.”

The second-seeded and unbeaten Black Eagles (6-0) move on to face No. 3 Musselman or No. 6 Spring Valley in a semifinal next week.

SCHS had been out of action since Oct. 30 after advancing in the opening round of the postseason when Ripley was unable to play due to the statewide COVID-19 map.

Although the Black Eagles showed some rust and committed their fair share of penalties, they led comfortably throughout the 39-point victory.

“I don’t know how they’ll match up against a bigger team, but there’s not going to be a better front four,” Princeton coach Chris Pedigo said. “If anybody is trying to pass the ball on them, they’ll have their work cut out.“

Trey Dunn connected with Shyleik Kinney for a 69-yard touchdown pass on SC’s first play from scrimmage — with Kinney doing all of his damage after the catch to put the Tigers in a 7-0 hole 1:15 into the action.

Dunn’s 59-yard pass to Donavin Davis allowed the Black Eagles to double their lead at the 6:01 mark of the opening quarter — and it was an uphill climb from there for the No. 10 Tigers, who finished 6-3.

Despite being unable to pick up a first down on its first four offensive series, Princeton got to within 14-6 when Amir Powell recovered a Dunn fumble and returned it 40 yards with 3:28 remaining in the opening quarter.

That was as close as the Tigers would get, with Mondrell Dean rushing for his first of three total touchdowns in the contest from 1 yard to up the SC lead to 20-6 at the 9:17 mark of the second quarter.

Kinney recovered an Elijah Padgett fumble on the first play of Princeton’s ensuing possession, but just as the Black Eagles looked set to add to their lead, the Tigers recovered a Dunn fumble in the end zone for a touchback.

“We were off for a couple weeks, so I expected us to be pretty sloppy at times and we saw that,” Mays said.

It did little to slow the South Charleston momentum, however, and Dean plunged into the end zone from 2 yards in the final minute of the opening half to put the Tigers in a 20-point hole at halftime.

Dunn’s 1-yard TD pass to Davis on the first drive of the third quarter allowed SC to hold a 32-6 lead, though Princeton responded with a 15-yard pass from Grant Cochran to Ethan Parsons to make it a 20-point game again.

The Tigers had a chance to draw closer after recovering an onside kick, but turned it over on downs at the SC 25-yard line.

“We made more mistakes tonight than maybe the entire second half of the season, but I think that’s a tribute to what coach Mays has done and the amount of athletes they have on defense,” Pedigo said.

SC freshman Amellio Miller rushed for an 11-yard touchdown on the third play of the fourth quarter, before Dean intercepted a Cochran pass and returned it 42 yards to pay dirt 16 seconds later.

“Mondrell’s a pretty good player,” Mays said. “We have some really good players around here and I’m happy to have them on our football team.”

Cochran’s 17-yard pass to Josiah Honaker accounted for Princeton’s final points of the night, while Dunn reached the end zone on a 3-yard run and Miller ripped off a 48-yard TD run for the final scoring play.

“I love this football team,” Mays said, “and I like where we’re headed.”