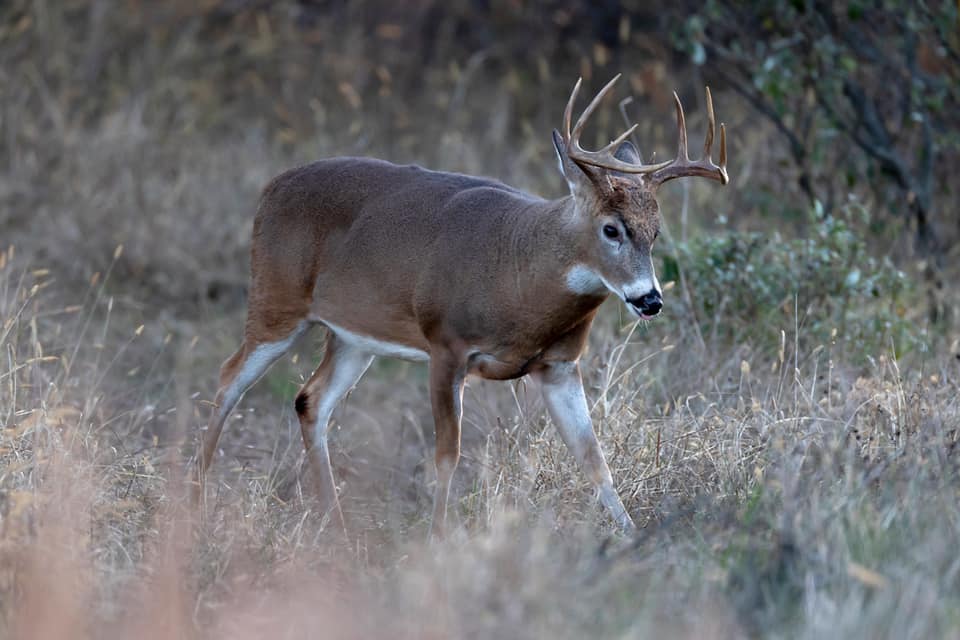 A lower harvest a year ago coupled with poor mast in 2020 should yield some nice bucks Photo: Mark Bias

ELKINS, W.Va. — The West Virginia Division of Natural Resources estimated roughly a quarter million hunters will be in the woods on the opening day of the 2020 buck season in the Mountain State.

The opening of the two week season is the biggest hunting day of the year annually always starting the Monday before Thanksgiving.

Game biologists with the DNR predict the season will be a more successful one for hunters in 2020 for a couple of reasons. First the 2019 season saw just under 38,000 bucks killed which was dramatically low.

“I always hate to make predictions on deer seasons, but I anticipate we’ll have a good season and I anticipate the harvest will exceed what it did last year and come in in the 40 to 50-thousand buck range would be my guess,” said Gary Foster, the Assistant Chief for Game at the DNR.

The lower harvest a year ago meant a lot of bucks survived in 2019, but will still be on the landscape for 2020 with another year of age. That extra year, according to Foster is yielding some substantial antler development. Hunters will kill some nice bucks this year.

“Our buck harvest was suppressed last year and a percentage of those made it though. I know just from seeing pictures and talking to folks in other parts of the state we’re seeing some really nice bucks being taken during the crossbow and archery season. Those are also coming from all over the state which is encouraging,” Foster said.

Another factor which Foster believes favors an increased harvest for 2020 is mast conditions. The availability of food for white tail deer across the state this year isn’t nearly as abundant as last year and even for the past two to three years. The need for food will cause deer to move more, which Foster indicated will improve the chances of hunters seeing them.

“Mast conditions are mixed this year and not real good overall throughout the state. That typically favors hunters,” Foster said.

A big wild card will be the weather. Eighty percent of the deer which will be killed in the two week season are taken on the first three days. The weather has a tremendous impact on whether hunters stay in the field or give up early.

“The thing which always makes forecasting the buck season difficult is the weather and what it’s going to look like on the first three days of the season. How it’s going to affect participation is a hard thing to predict sometimes,” he said.

One noted change to the 2020 season, the hunting period has been extended by a day. The season will close, Sunday December 6th. The Natural Resources Commission added the second Sunday of the season to accommodate hunters who may want one additional day in the field in the final week of the season.

The buck gun season is open in 51 of the state’s 55 counties. Many of those counties also have a concurrent antlerless hunting season and in some cases also a concurrent bear hunting season. Hunters need to have a Class N Stamp if they plan to take an antlerless deer and need a bear damage stamp if planning to kill a bear in one of the counties where it is allowed.