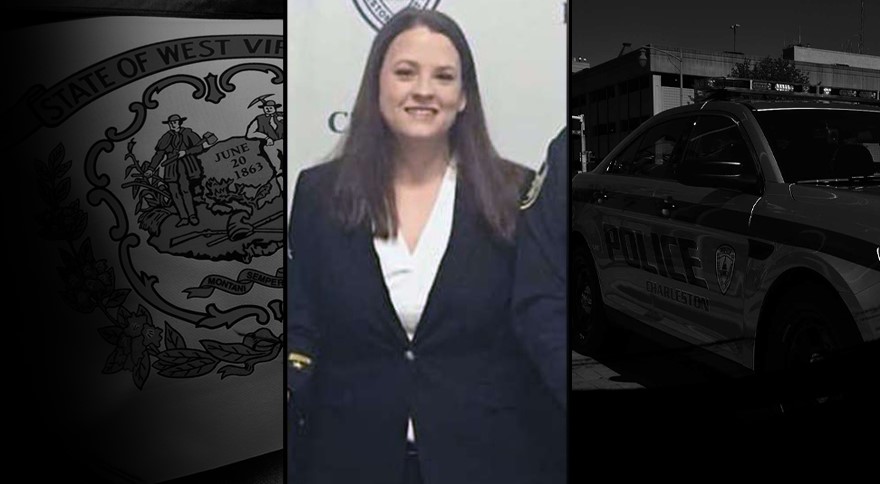 Patrolman Cassie Johnson, 28, was critically injured during an altercation on Garrison Avenue on Tuesday. She was removed from life support the following day.

Johnson joined the police department in January 2019. The Charleston native worked as a humane officer before becoming a police officer.

“All of us at the Charleston Police Department are humbled by Patrolman Cassie Johnson’s selfless service to our profession,” Police Chief Tyke Hunt said outside of Charleston Area Medical Center General Hospital. “She epitomizes the law enforcement mantra: here to protect and serve.”

Hunt announced earlier Thursday that Johnson’s unit number — 146 — will be retired on the police department’s roster. Officers will be allowed to wear pins of the number in honor of Johnson.

Charleston Mayor Amy Goodwin ordered all city flags to be flown at half-staff. The flags will remain lowered until the funeral is held.

“To say that we are heartbroken is an understatement,” the mayor said. “We are at a loss because we have lost one of our sisters in blue.”

Hunt noted Johnson’s service to others will continue; she registered as an organ donor.

“We may never know who receives Patrolman Cassie Johnson’s final gifts, but I feel certain that those who know the recipients will see a difference in them,” he said. “I think they will see Cassie’s glow that radiates compassion and her desire to help.”

Hunt added details about the funeral service will be announced at a later time, but it will take place at the Charleston Coliseum and Convention Center.

“You could tell that they were in a discussion, a brief scuffle occurred, a little bit more discussion, then another situation occurred where it became much more violent, obviously,” he said. “Both of the individuals were shot.”

U.S. Sen. Joe Manchin, D-W.Va., offered his condolences to Johnson and her family shortly after the announcement.

“I know our entire home state feels the loss of a first responder – those who are selflessly willing to put themselves in harm’s way to protect and serve our communities,” he said in a statement. “Cassie’s legacy and service will never be forgotten.”

“So sad to hear about the loss of one of our finest, Officer Cassie Johnson. Officer Johnson answered the call, cared for us, and protected us. I hope we all take a minute to remember that police put their lives on the line every day for the safety of our communities,” she tweeted. “It’s a hard job that is rarely appreciated enough. Thank you, Officer Johnson. Our hearts go out to her family and her fellow officers tonight.”

“We owe Officer Johnson a tremendous debt of gratitude as her passing reminds us that, with even the most seemingly routine calls, police officers risk their lives every day to serve and protect each of us,” he said in a statement.