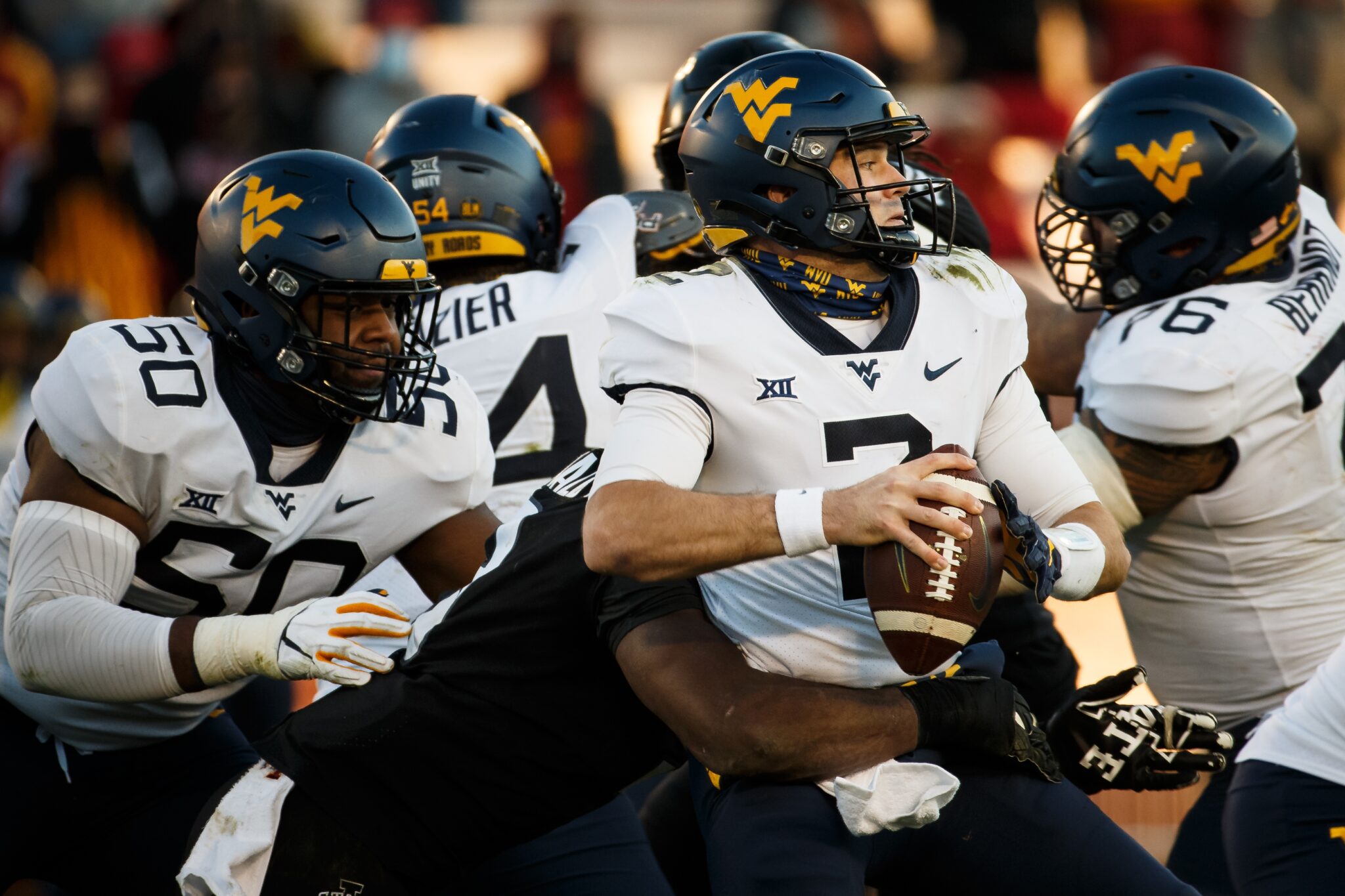 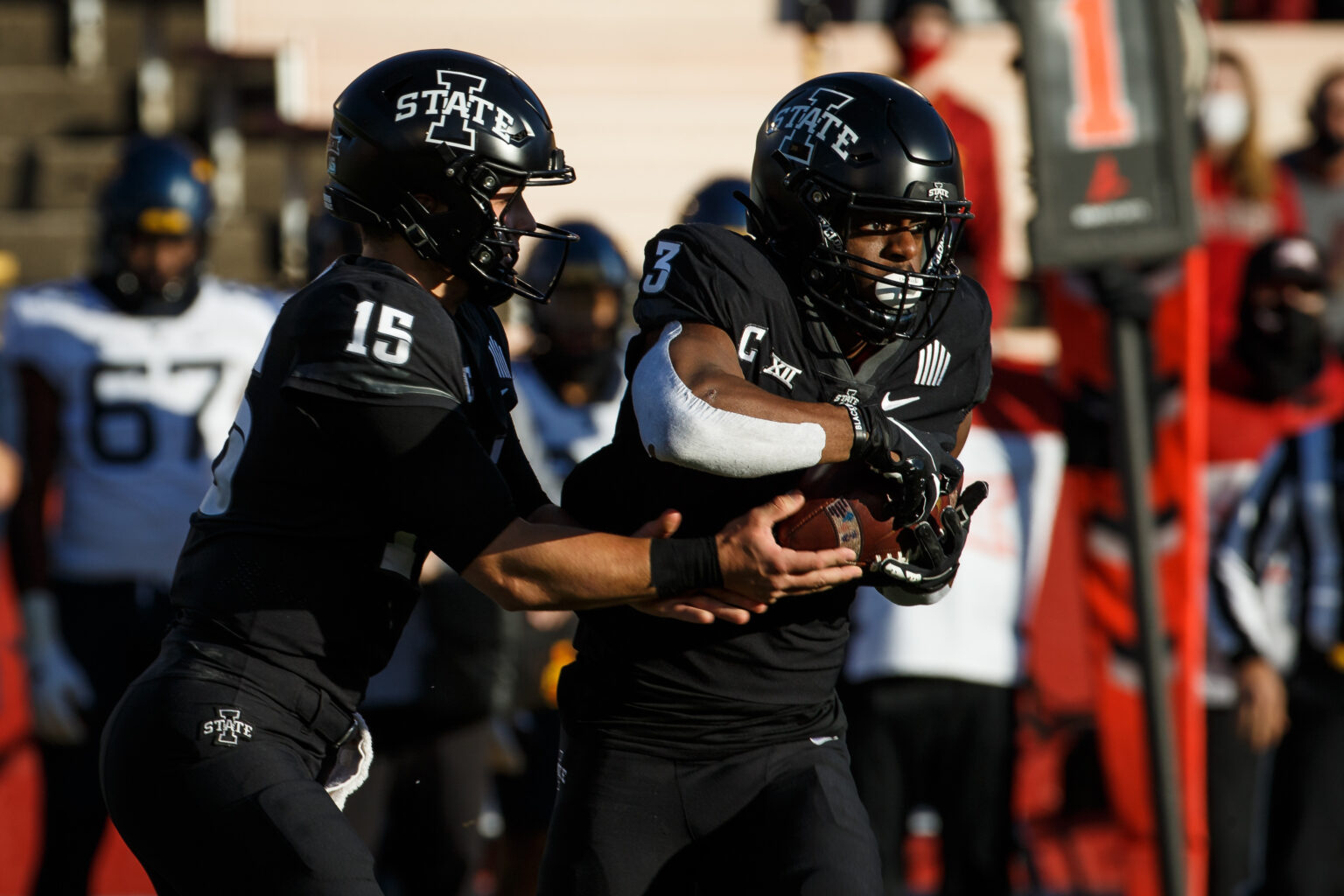 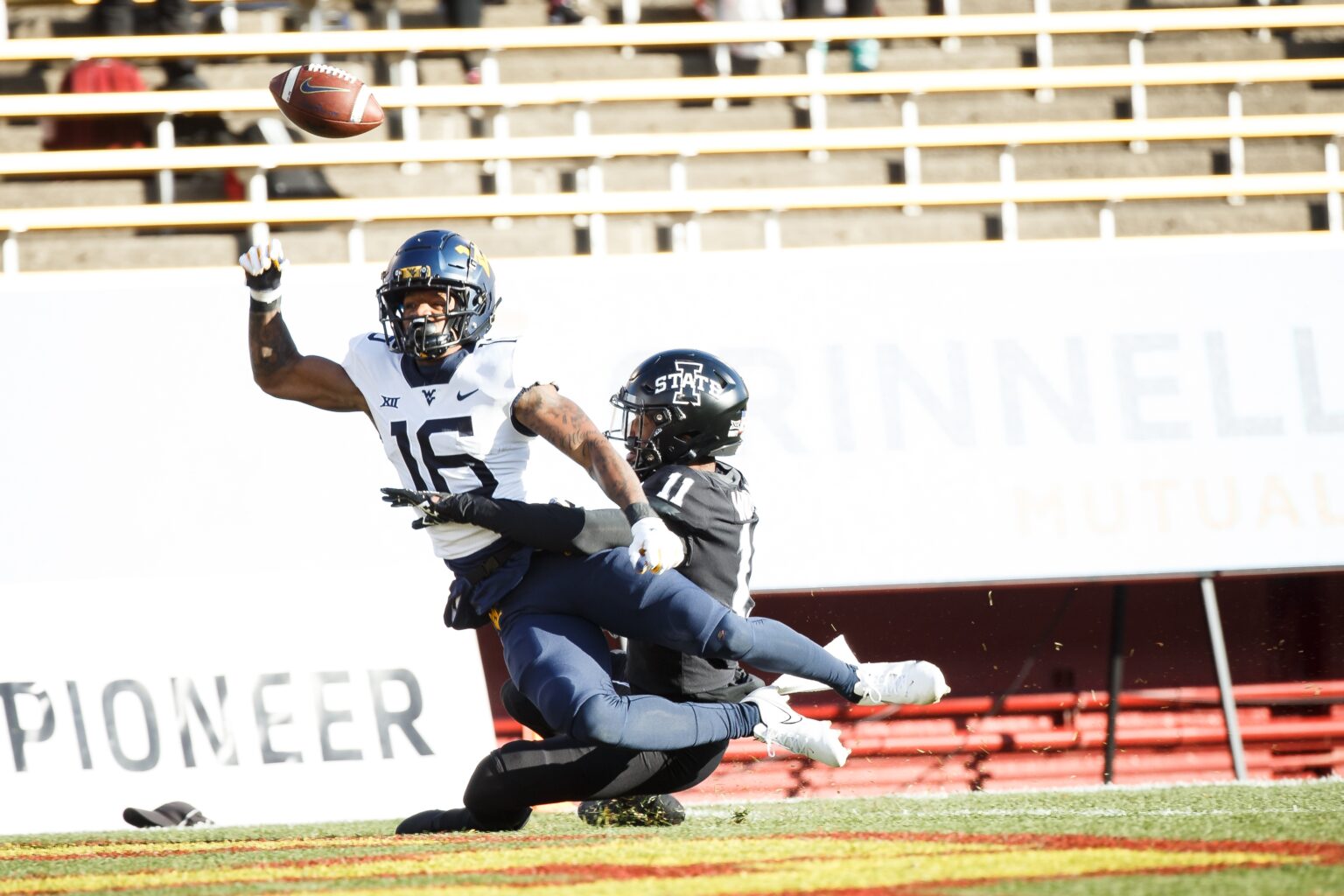 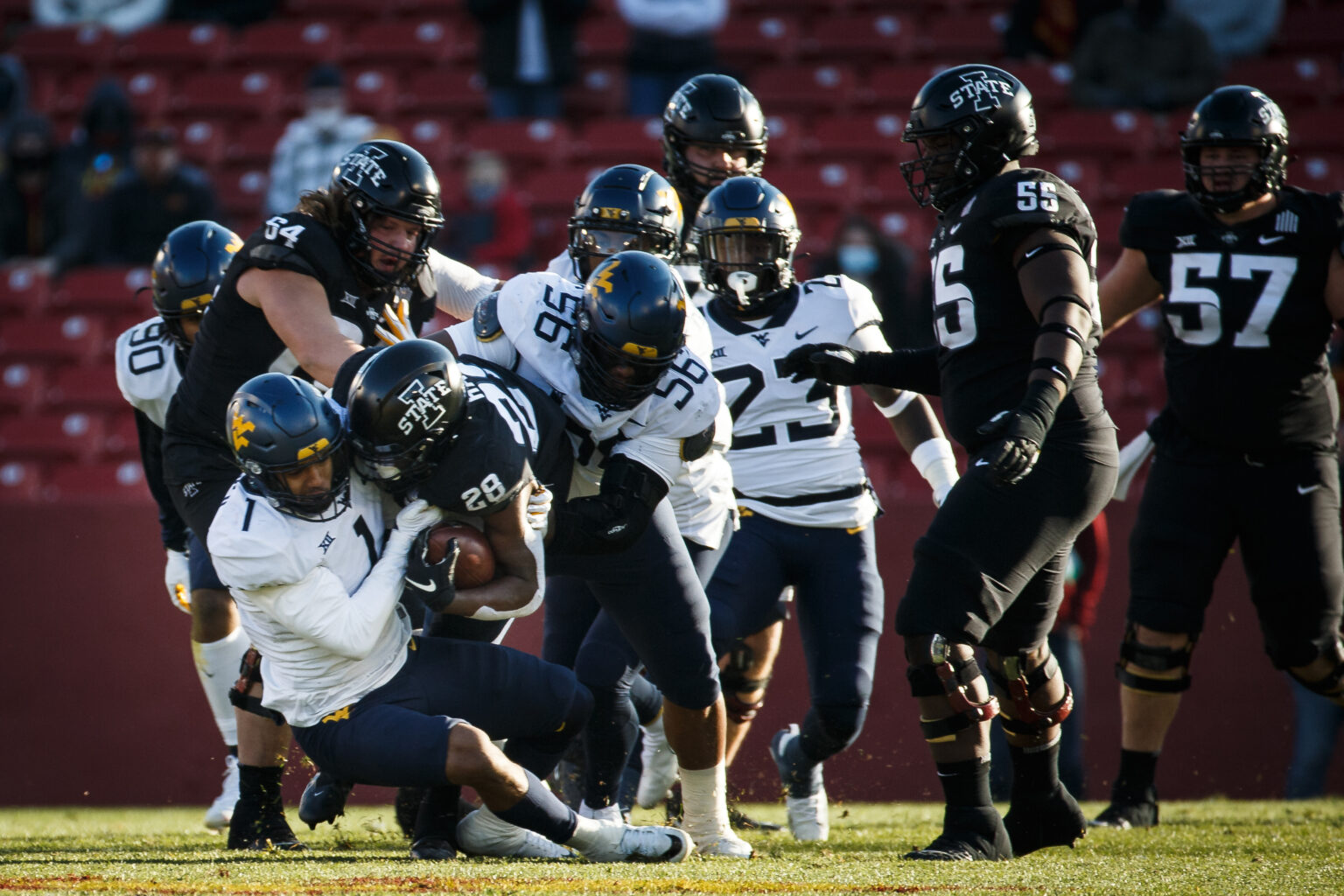 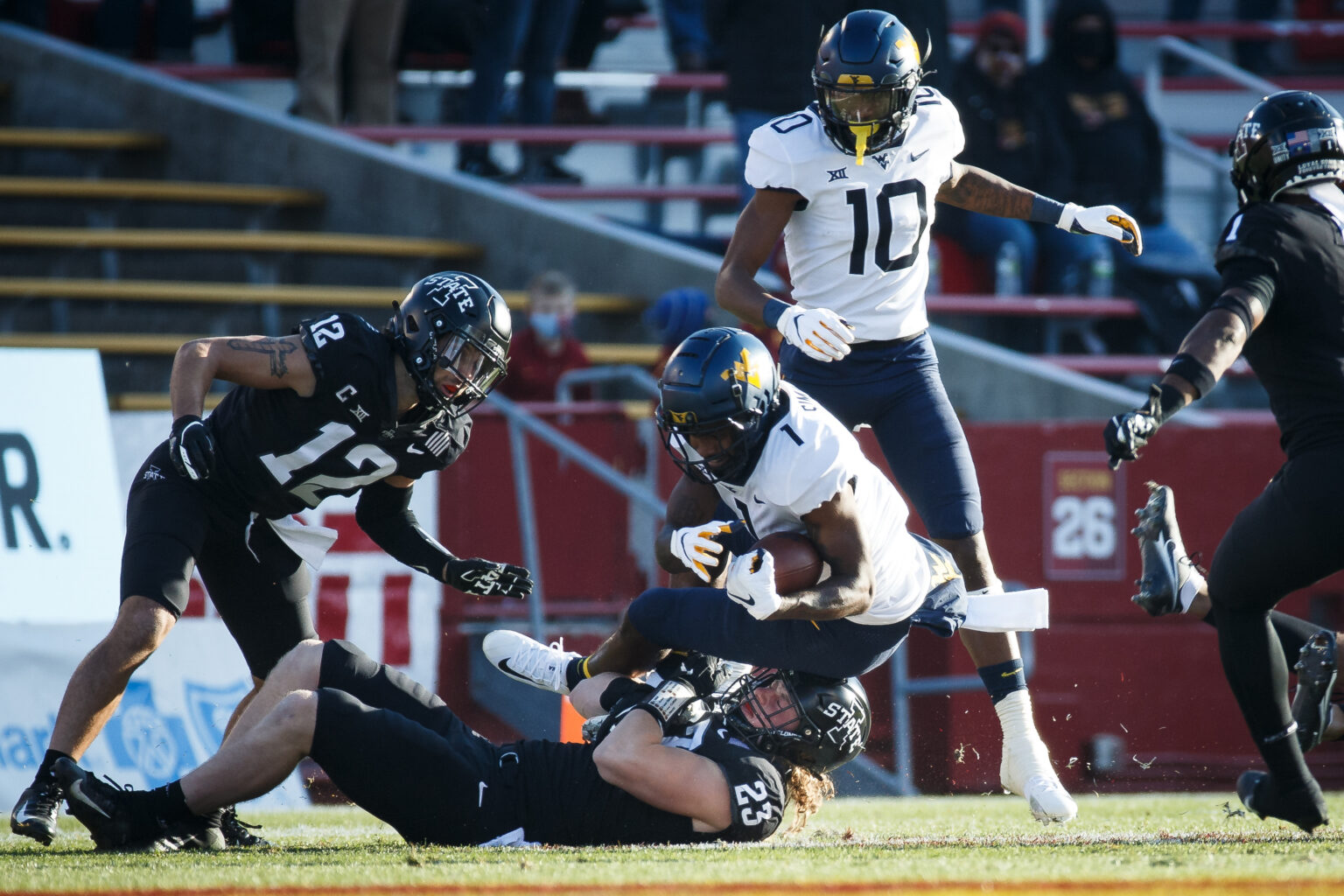 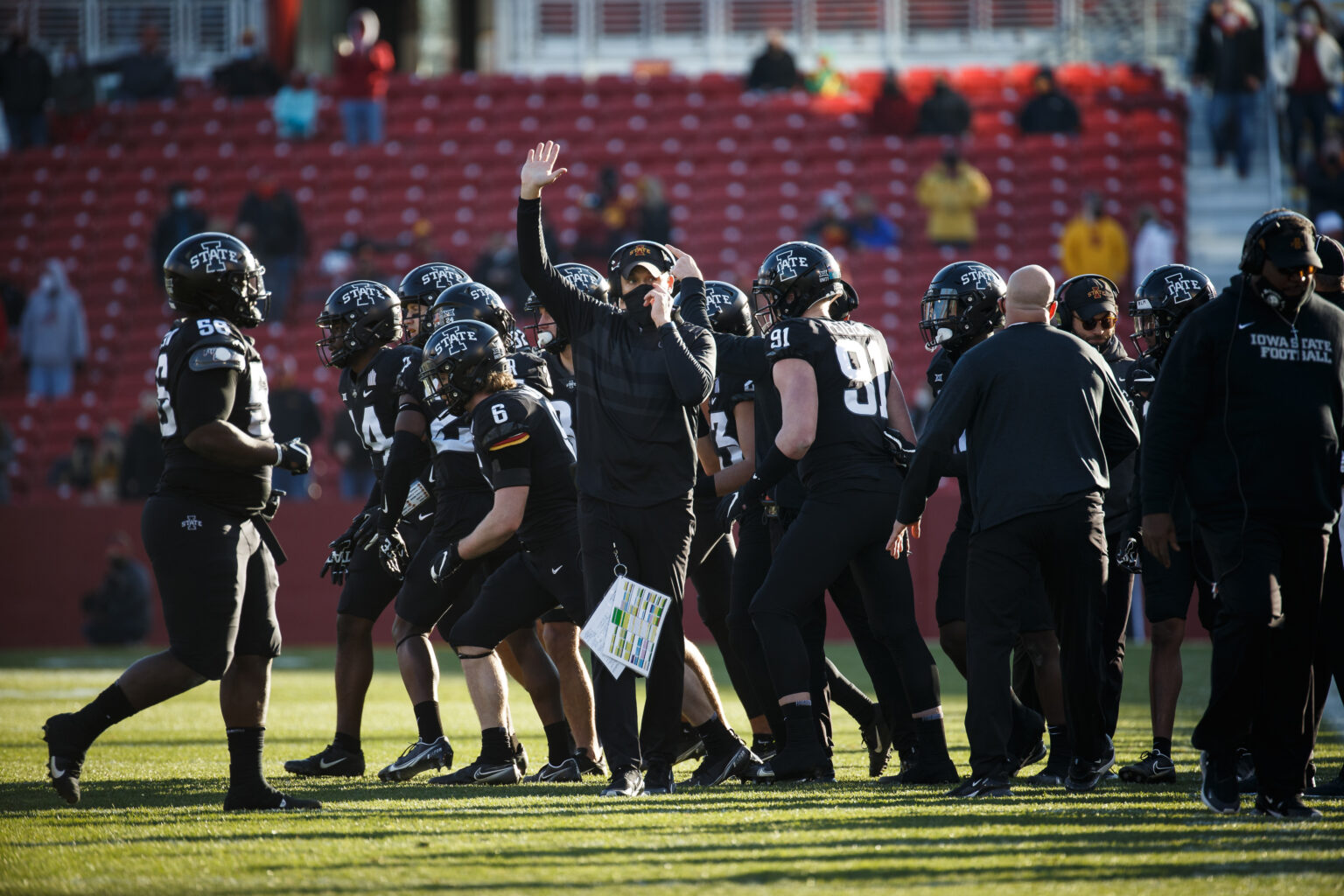 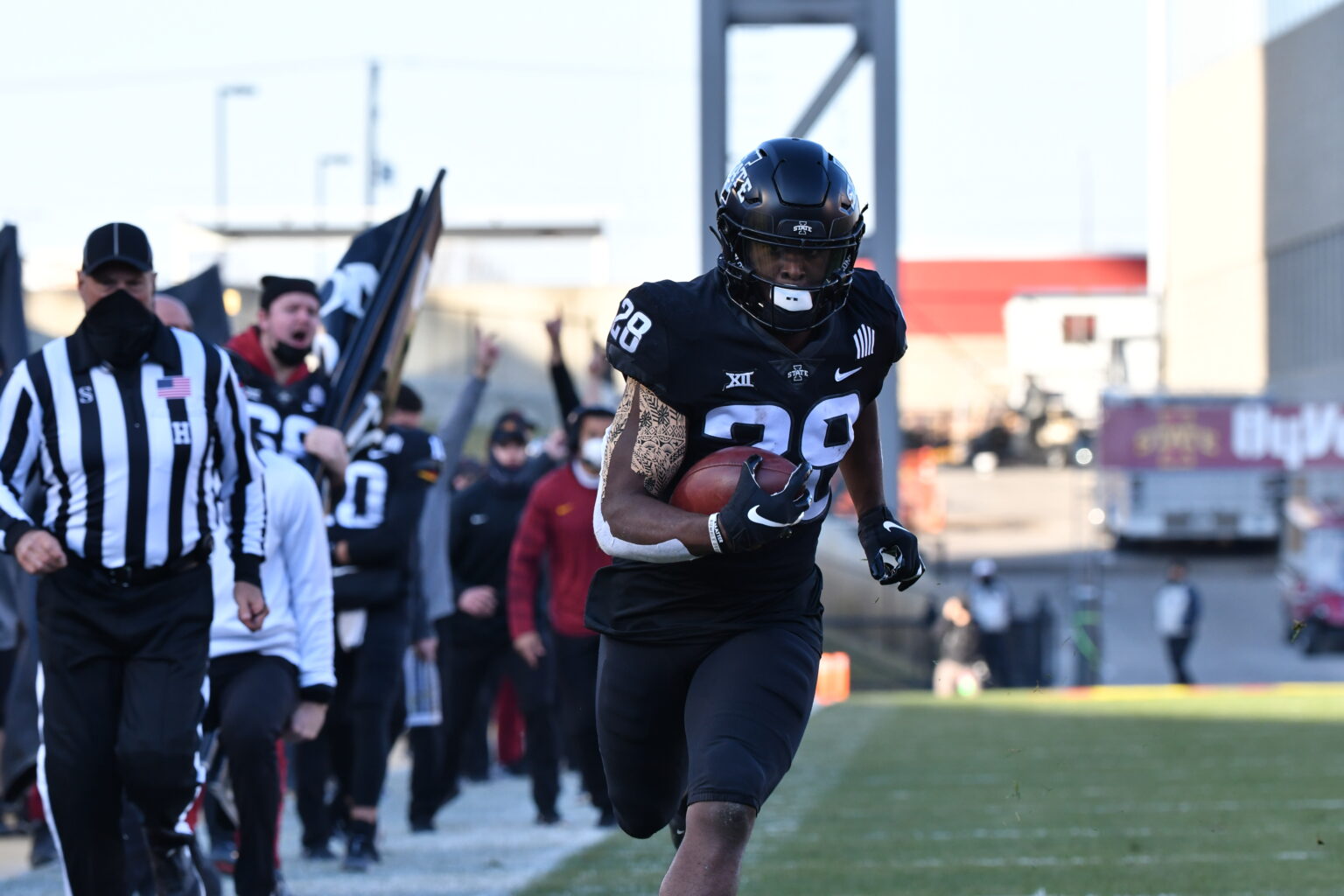 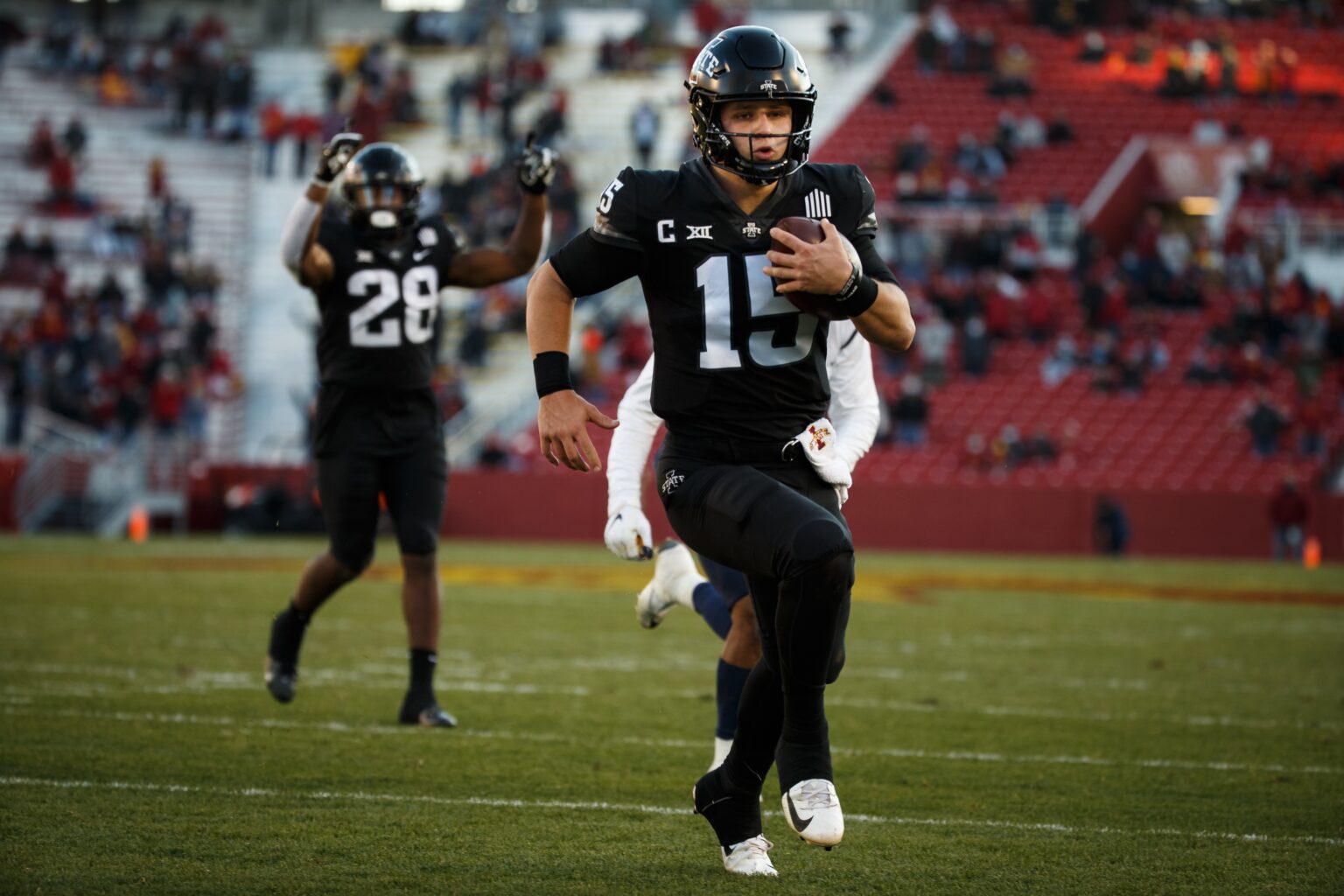 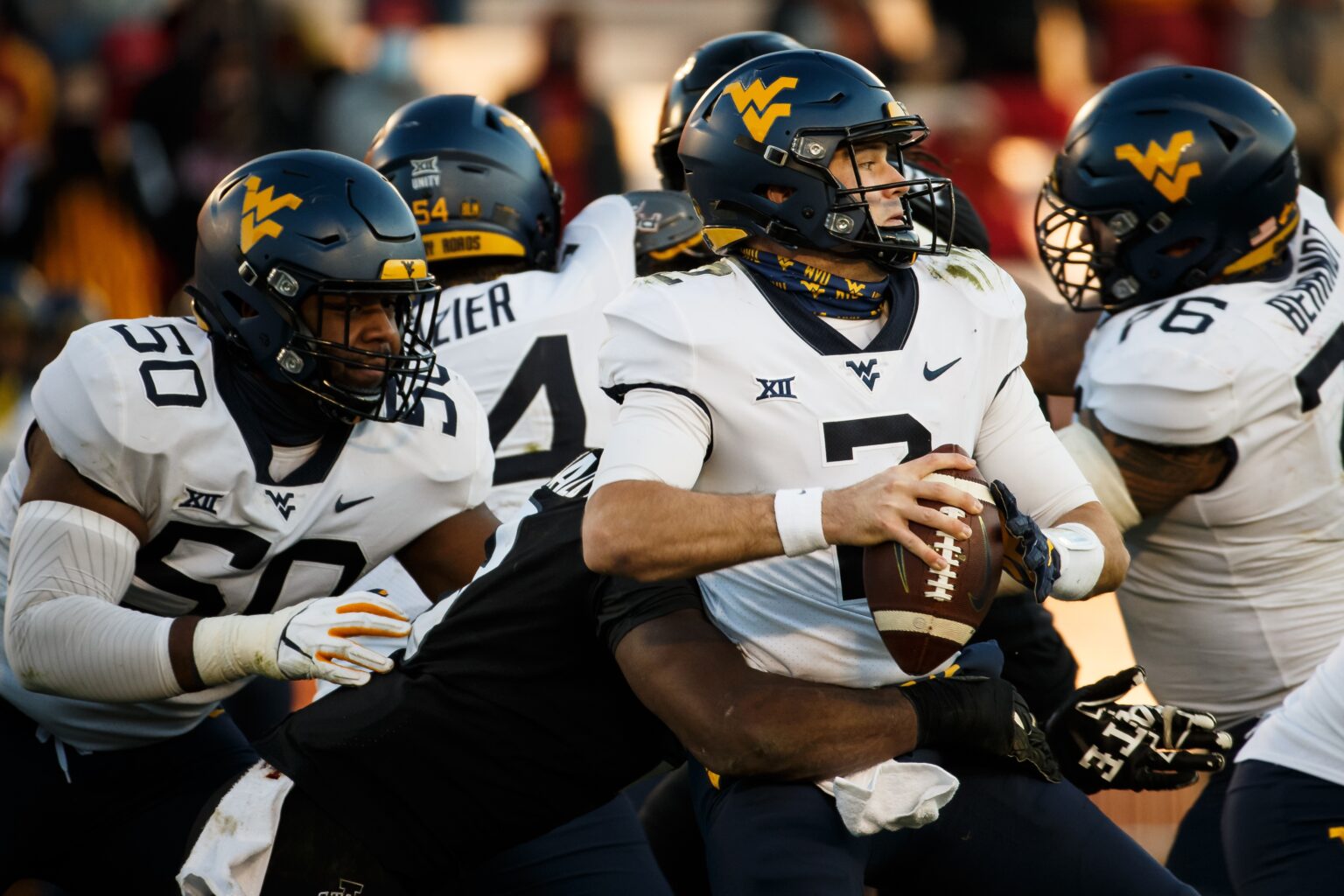 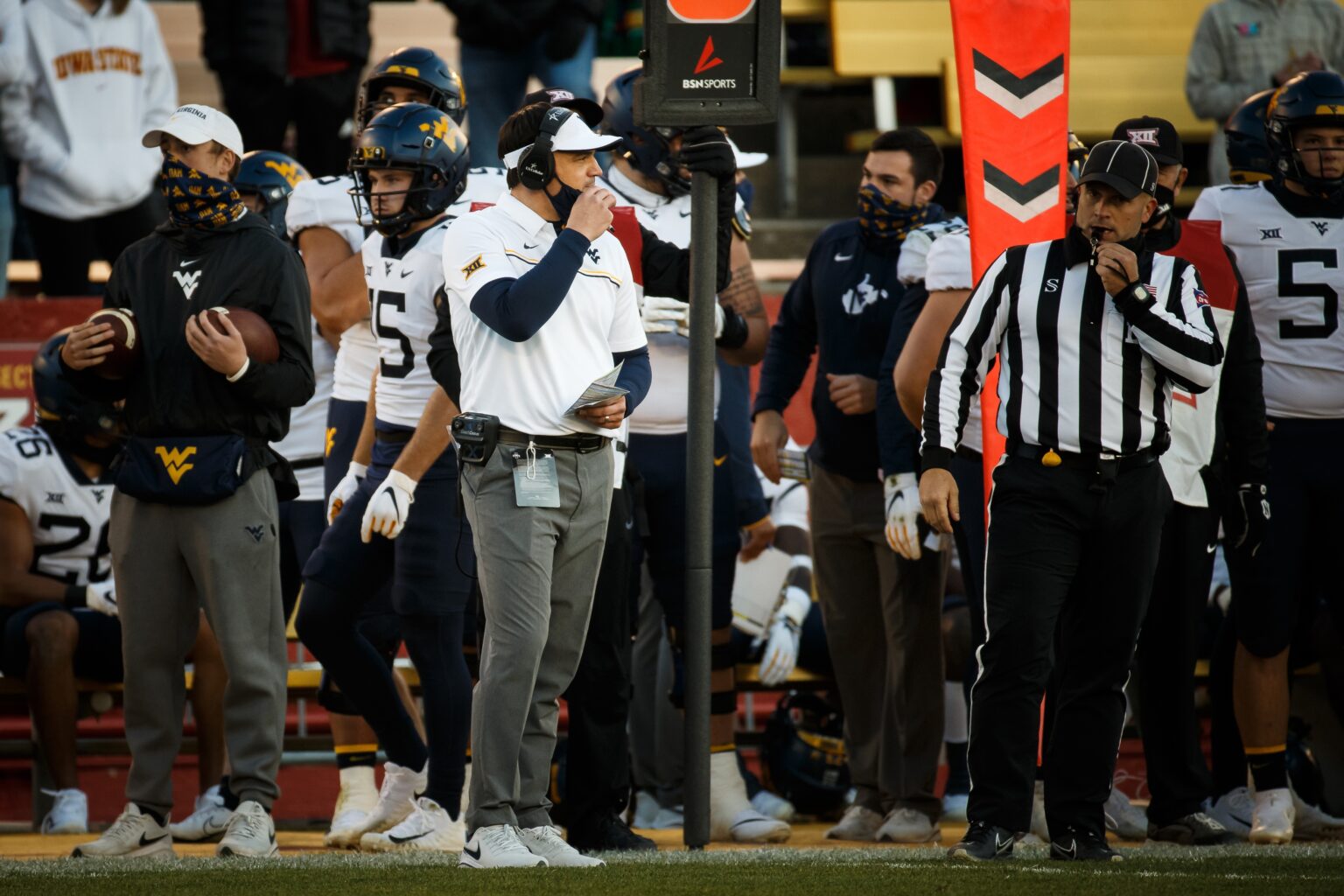 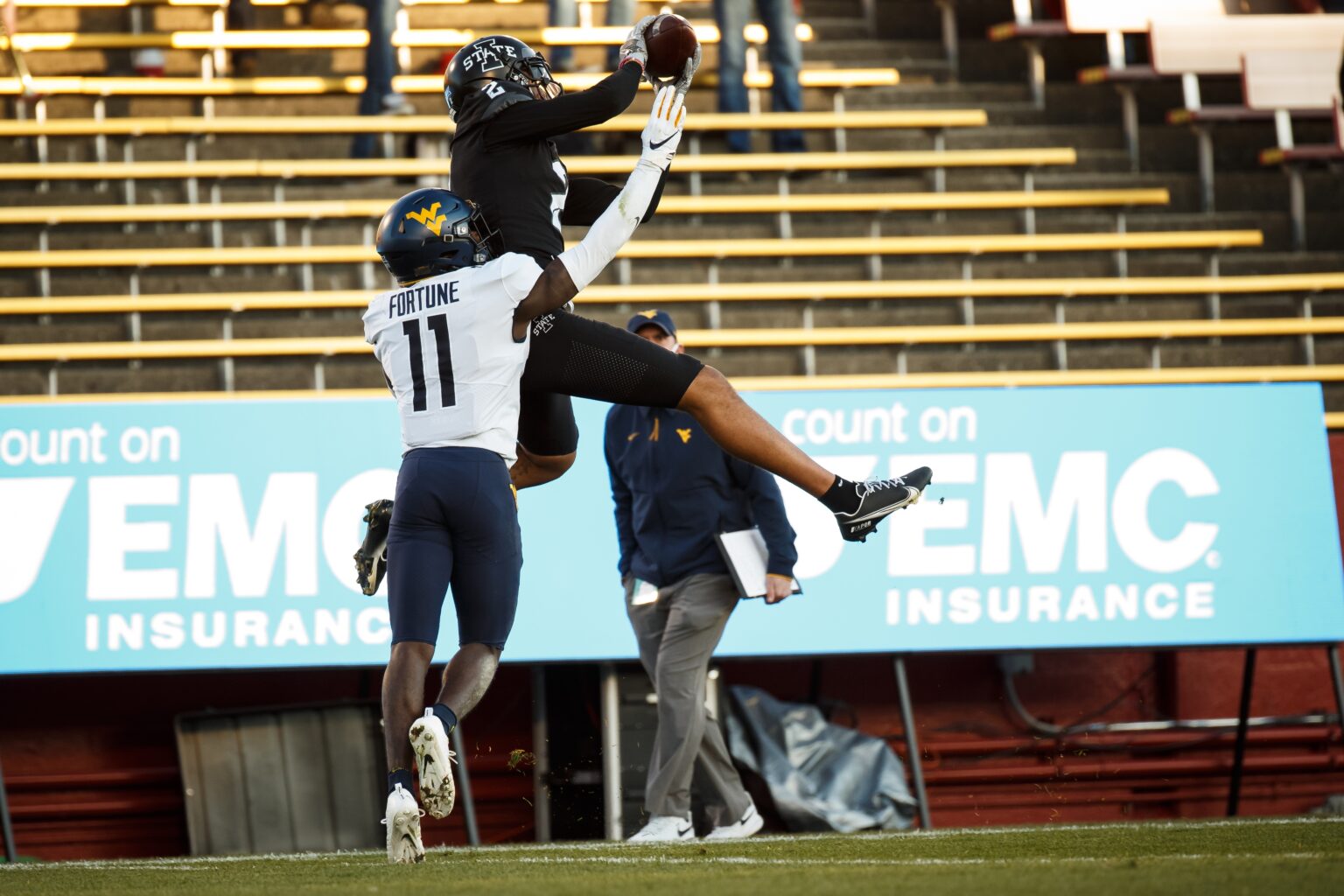 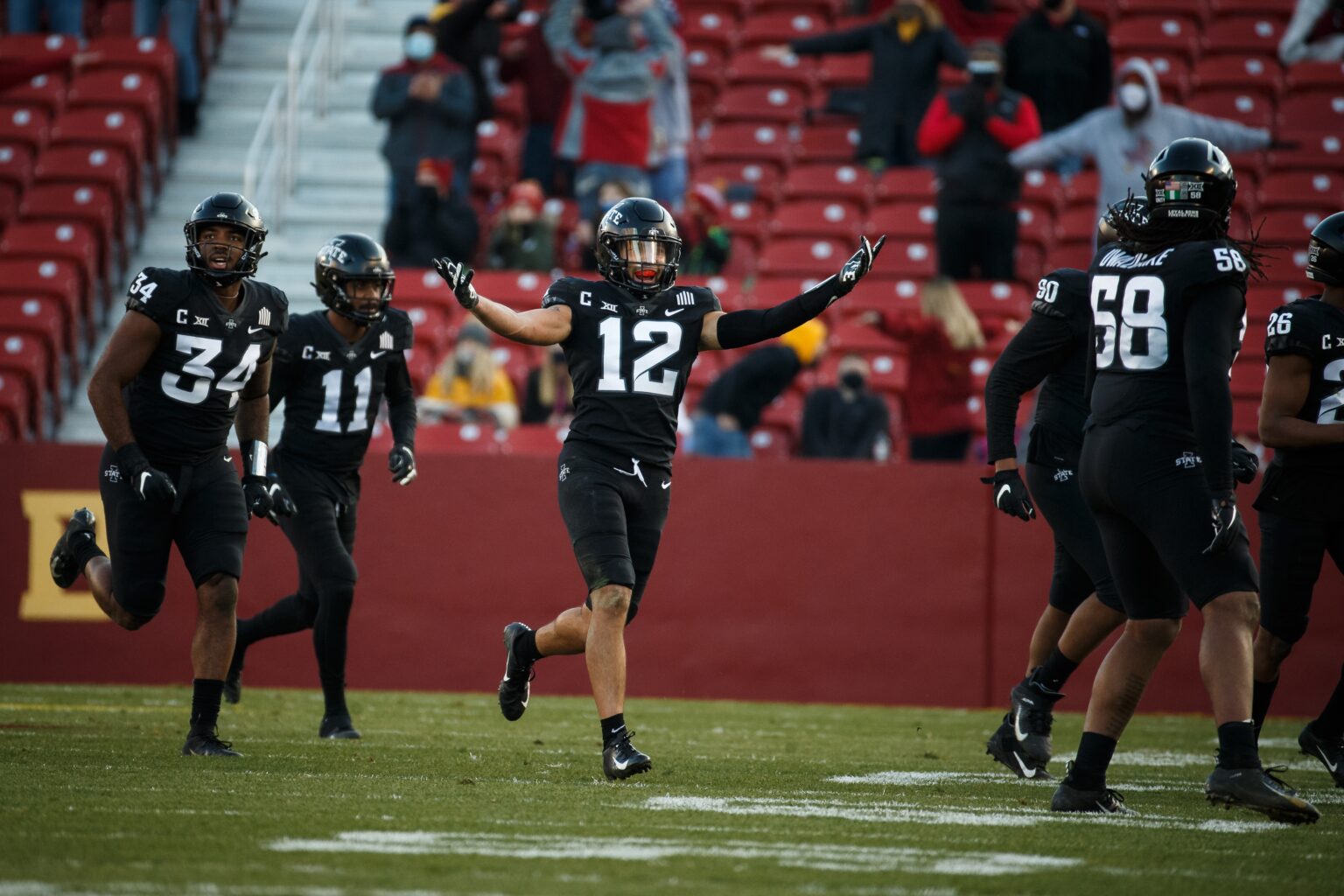 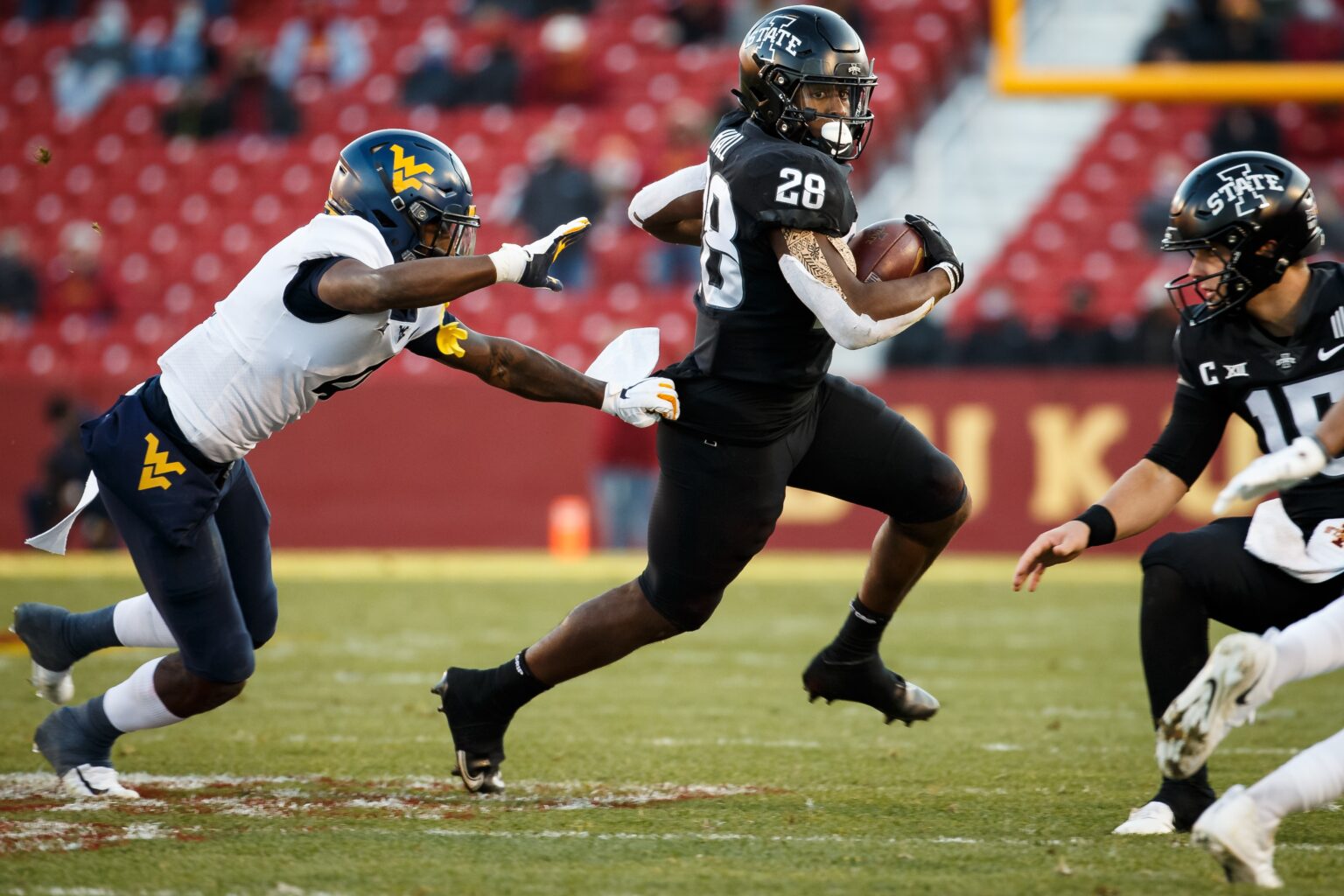 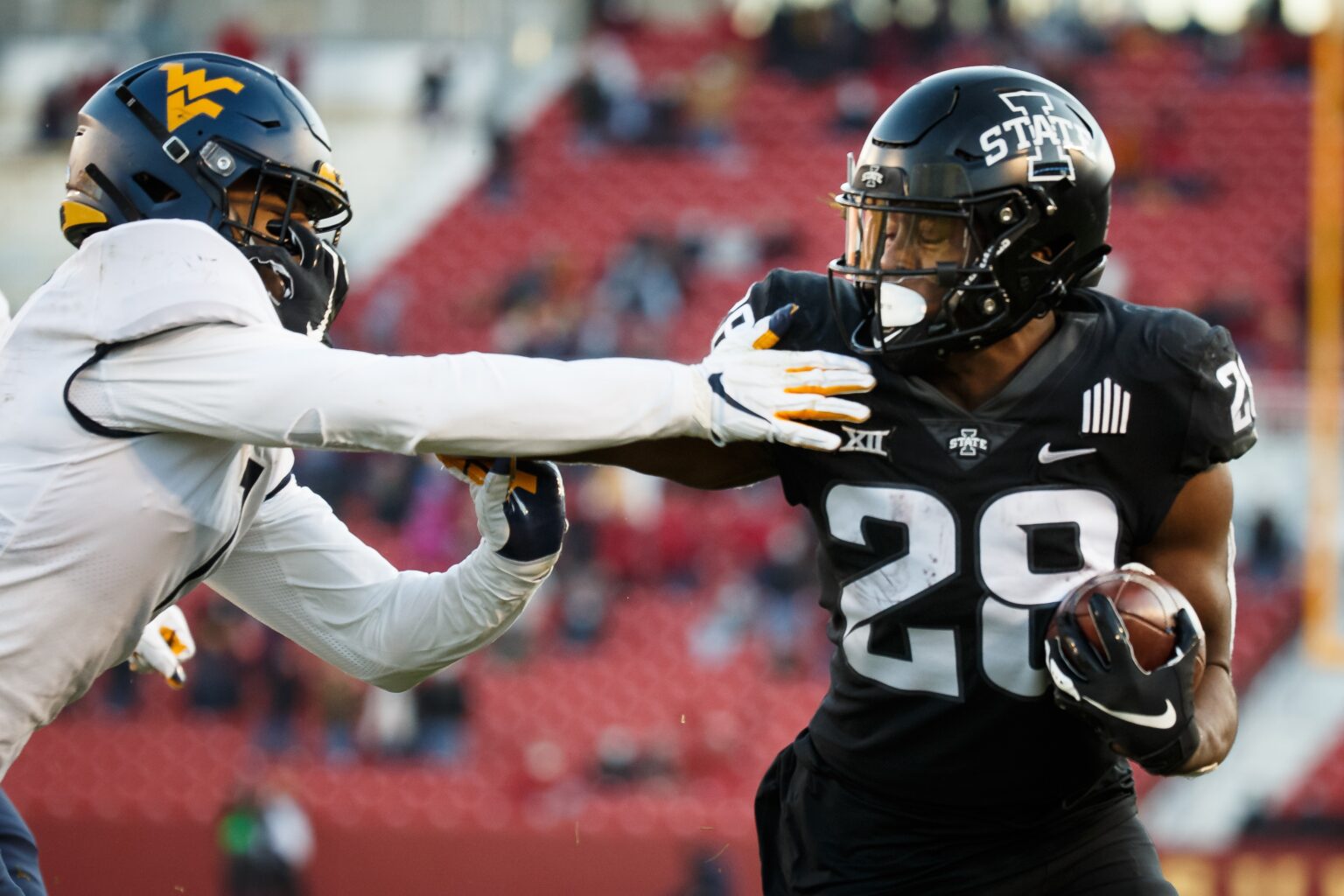 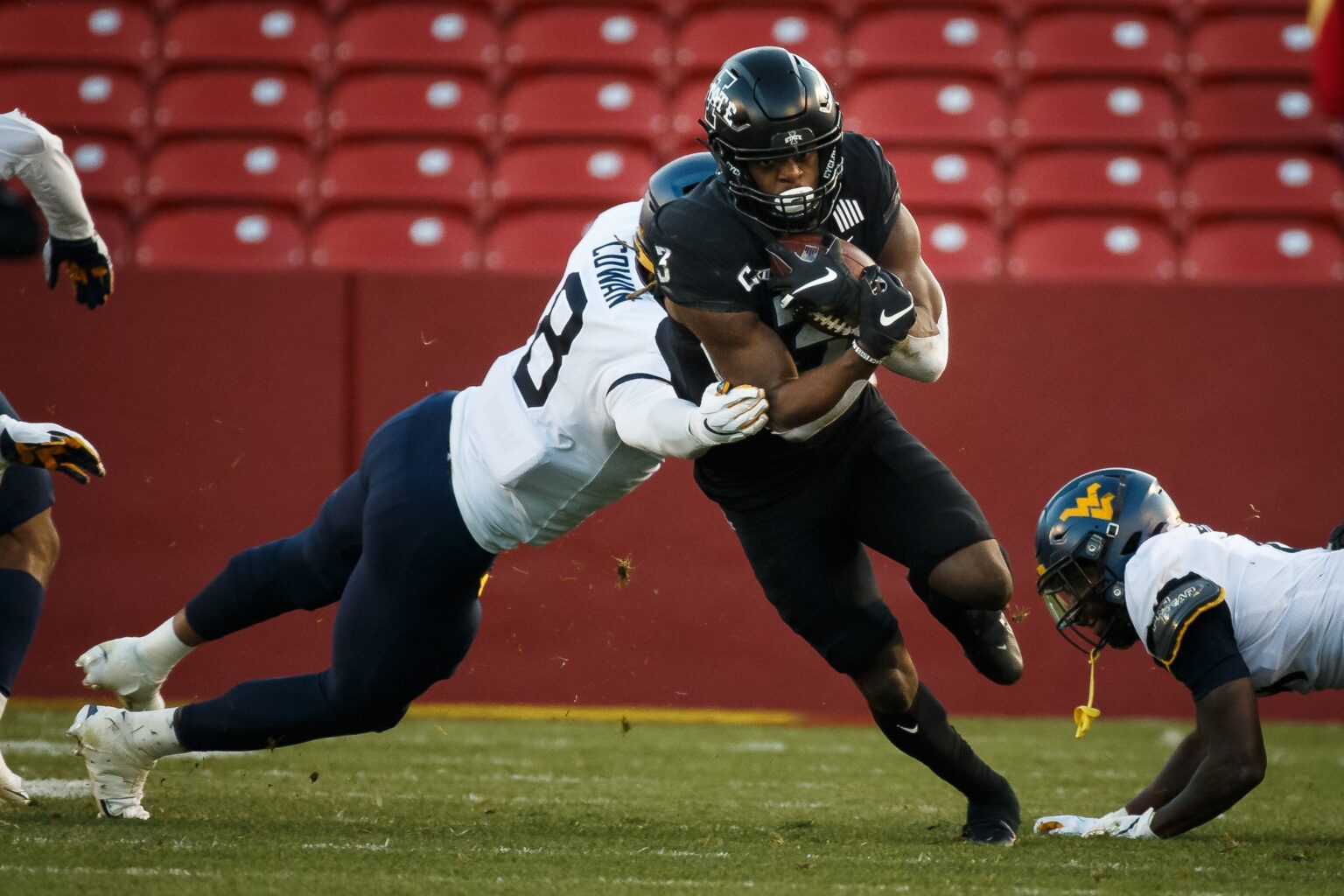 MORGANTOWN, W.Va. — West Virginia entered the month of December with a pair of opportunities to make emphatic statements about the direction of their program against the two likely opponents in the Big 12 Championship game.

On Saturday, Iowa State showed there is clear separation from the league’s elite and the Mountaineers. The No. 12 Cyclones dominated West Virginia for sixty minutes, defeating the Mountaineers 42-6 at Jack Trice Stadium.

“Extremely disappointing would be putting it mildly,” said WVU head coach Neal Brown. “They are really good so I don’t want to discredit anything they did.

West Virginia was overmatched in all phases of the game. They were outgained by the Cyclones 483-263. WVU was held to just 54 rushing yards, marking the fourth time this season they have been held under a hundred rushing yards on the road.

“The line of scrimmage moved back,” Brown said. “Early on, they shot their linebackers in gaps, which is something they hadn’t done all year.”

Iowa State opened up the scoring on their first possession of the game. The Big 12’s leading rusher Breece Hall found the end zone from 23 yards out, one play after the Cyclones converted on a fourth-and-3 play from the WVU 28-yard line. The drive covered 80 yards on 10 plays. Hall’s score was the first rushing touchdown allowed by the Mountaineers since the Texas Tech game on Oct. 24. Hall toted the ball 22 times for 97 yards.

Iowa State doubled their lead less than a minute into the second quarter when Brock Purdy scampered 10 yards for a touchdown, extending ISU’s lead to 14-0. Purdy was nearly perfect for the Cyclones. He completed 20-of-23 passes for 247 yards with 3 touchdowns and no interceptions.

“Purdy is super-underrated. You look at all of their explosive plays, I bet over half of those were him extending plays.”

On their third possession of the half, ISU found the end zone a third time. The Cyclones covered 76 yards on a dozen plays and the drive was capped when Purdy hit Landen Akers in the end zone from two years out. Iowa State led 21-0 at the break.

West Virginia drove to the Iowa State 27-yard line on their second possession of the third quarter. But T.J. Simmons dropped a pass on fourth down and the Cyclones promptly went 73 yards in 1:40. The drive ended when Purdy hit Charlie Kolar in the end zone with a 16-yard touchdown toss, extending the ISU lead to 28-0.

West Virginia broke the shutout when Tyler Sumpter split the uprights on a 32-yard field goal with 12:00 left in the game. He later connected on a 36-yarder, making the final score 42-6.

“Days like today, there are a lot of teams that get down 42-0 and don’t even try to run the ball or try to do anything, try to get off the field as quick as possible,” said WVU center Chase Behrndt. “Some of our best runs came when we were down, fighting our butts off and trying to will it out.”

The Cyclones officially clinched a spot in the Big 12 Championship game minutes after they took the field against the Mountaineers. TCU’s 29-22 win over Oklahoma State secured a berth for ISU.

The Mountaineers remain winless in four tries on the road this season after winning three Big 12 games away from home last season. The Cyclones have won three consecutive games against West Virginia, outscoring the Mountaineers 110-34 with Purdy starting at quarterback in all three of those contests.

“We can’t give up because of what happened today,” said WVU defensive lineman Jeffery Pooler. “You have to still fight. We are a football team and we are not quitters. That’s not what we are trying to show. Oklahoma is not going to come in next week and give us any pity because of what happened today. We have to get back to the drawing board tomorrow and get ready for those guys.”

West Virginia will close out the regular at Milan Puskar Stadium next Saturday against Oklahoma (6-2, 5-2 Big 12). The kickoff time and television designation will be announced late Saturday evening or Sunday.