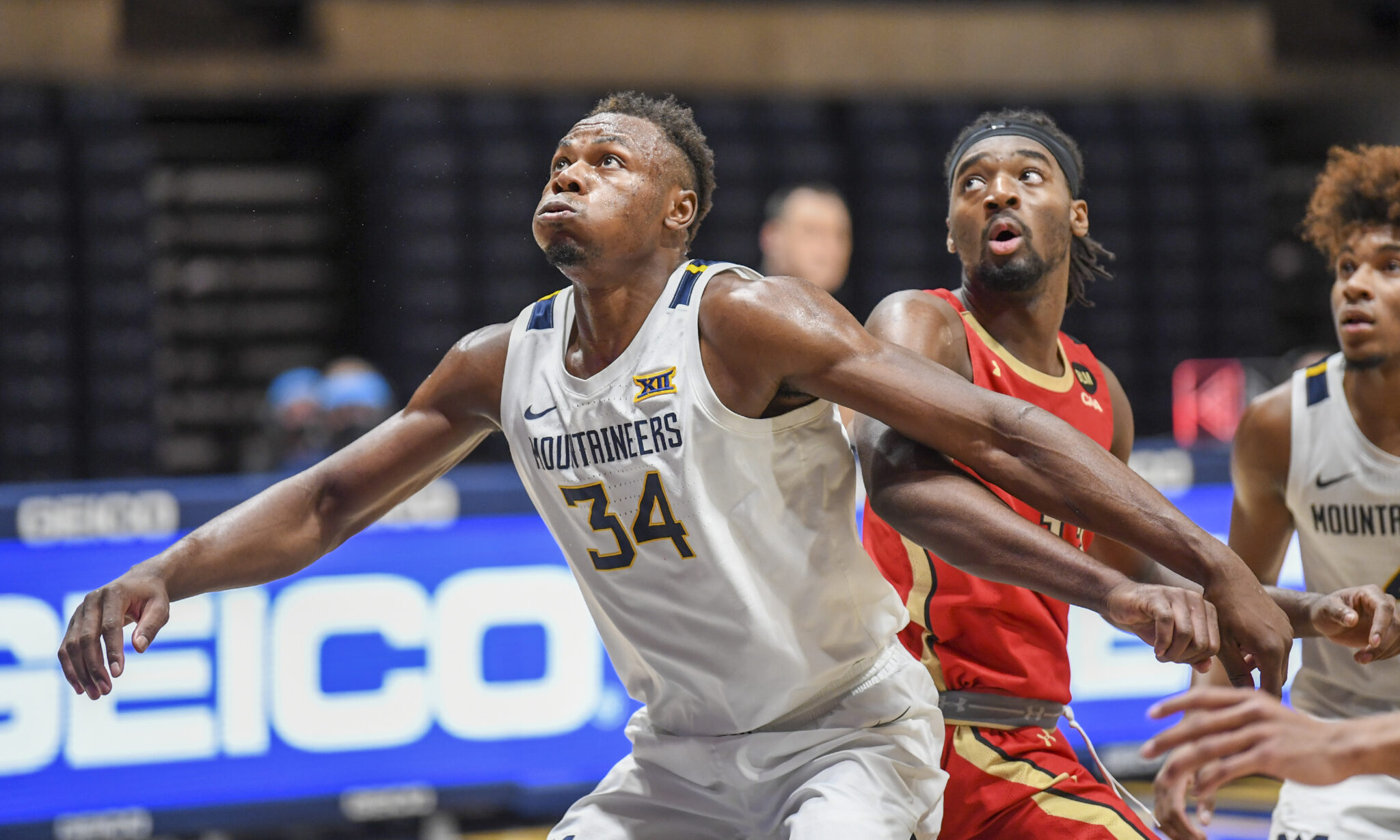 MORGANTOWN, W.Va. — WVU sophomore forward Oscar Tshiebwe has stepped away from and will not return to the Mountaineer basketball program due to personal reasons. Head coach Bob Huggins made the announcement Friday morning.

“Oscar has our full support, and we certainly wish him the best during this time,” Huggins said.

Huggins definitively stated that Tshiebwe will not return to the team.

Tshiebwe is coming off one of his better performances of the season. He scored 12 points and grabbed 15 rebounds Tuesday against Northeastern.

“I had a really good conversation with Coach Huggins,” Tshiebwe said after Tuesday’s win. “He said, ‘You don’t need to think. Make a play. If you make it, you make it. If you miss, you miss. Just make a play and play hard.’ I don’t think I have been playing really hard like how I always play.”

Tshiebwe was in his second season with the Mountaineers. He was averaging 8.5 points and 7.8 rebounds through 10 games this season.

Tshiebwe was one of the most high-profile recruits to enter the WVU program in recent years and he burst on the scene in his freshman season a year ago. The Lubumbashi, Democratic Republic of the Congo native and Kennedy Catholic (PA) H.S. grad led the Mountaineers in scoring (11.2 points) and rebounding (9.3) as a freshman.

“Any time you are a man down, it opens up opportunities. It is all what they make of it. That is up to them,” Huggins said.

More minutes will likely go to senior Gabe Osabuohien as well. He is averaging 19 minutes per contest as one of West Virginia’s top reserve players.

“We just want Gabe to stay in the game. What Gabe does for us is better than any big we have. We just couldn’t keep him in the game long enough. Gabe has been extremely valuable to us for a lot of different reasons,” Huggins said.

Bridges is a redshirt freshman who has averaged 6.4 minutes per game this season.

“JB, a year ago at the end of the year rebounded the ball better than anybody other than Derek in practice before we got shut down. We were all pumped up and excited about JB getting time. He has struggled little bit to this point making shots but I feel a hundred percent confident he is a guy who is going to be able to step out there and make shots and spread the floor,” Huggins said.

WVU’s frontcourt depth took a hit earlier this week when freshman Isaiah Cottrell was lost for the season with a torn Achilles suffered in the Northeastern game.

“He came into practice yesterday with his scooter and stayed the whole practice because he didn’t want to miss out on anything. That’s the kind of guys we are fortunate enough to have in this program,” Huggins said.

The Sooners are off to a 5-2 start and that have split a pair of close contests in Big 12 play. In their second game of the season, OU won at TCU 82-78. In their most recent game on December 22, the Sooners were beat by a basket by Texas Tech, 69-67.

Oklahoma owns the second-best scoring average in the Big 12 at 82.7 points per game. However, they have allowed the second-most points in the league at 70.9 per game under Lon Kruger.

“The biggest problem is they have a heck of a coach. He’s got a great imagination for seeing things that you don’t really have to be on the floor to see because of his background,” Huggins said.

West Virginia was swept in both meetings against the Sooners last year. OU defeated the Mountaineers by 10 points in Norman and by 11 points in Morgantown.

WVU continues the road trip Monday at Oklahoma State. The Mountaineers will match up against the Big 12’s leading scorer and one of the nation’s top recruits in the Class of 2020. Cade Cunningham is averaging 19.1 points per game for the Cowboys (6-2, 0-2 Big 12).

Sports
Fourth-quarter struggles continue for Marshall, but Huff optimistic moving forward
The Thundering Herd are next in action October 2 when they open Conference USA play at Middle Tennessee.
By MetroNews
Sports
Marshall loses another late lead, falls to Appalachian State 31-30
The Thundering Herd led by nine in the fourth quarter, before suffering a second straight setback.
By MetroNews
Sports
Oklahoma's explosive offense detracts attention from defense that forces turnovers, creates sacks
One year after intercepting 16 passes, the Sooners have already forced seven turnovers and have 13 sacks through three games.
By Greg Carey
Sports
The Game Within The Game (Episode 82)
Brad Howe and Julian Edlow from DraftKings get you ready for week 3 of the NFL with their favorite plays, including sides, totals and prop plays. They also preview nine college football plays for the upcoming weekend.
By MetroNews
View AllHoppy's Commentary