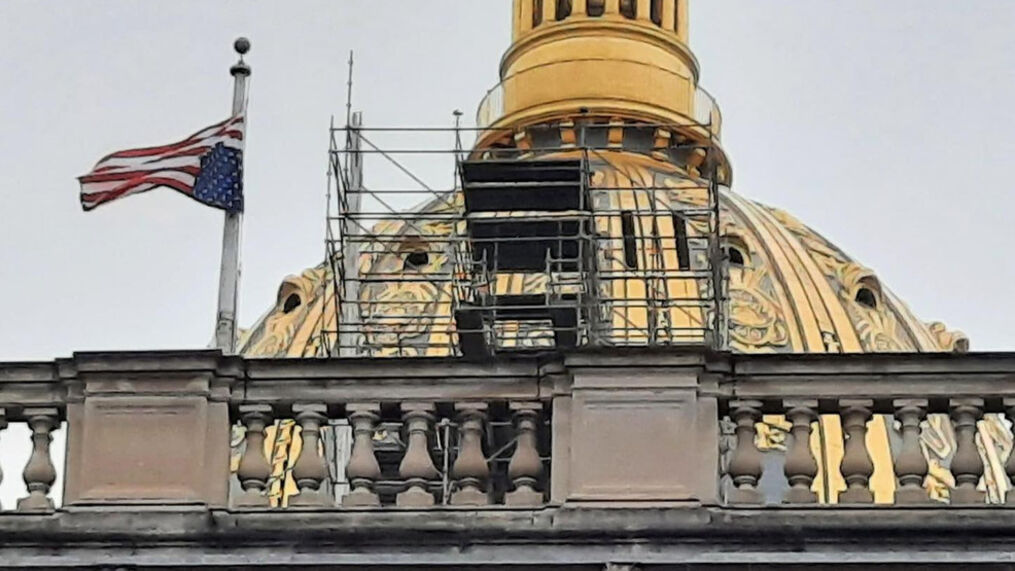 CHARLESTON, W.Va. — Gov. Jim Justice said Wednesday the General Services worker who hung the American Flag upside down Tuesday above the East Wing of the state capitol made an honest mistake.

“It was this gentleman’s first time hanging the flag and he was switching it out at midday because the old flag was becoming tattered and worn,” Justice said during his Wednesday media briefing on the coronavirus.

The upside down flag caused quite a stir on social media when photos of it first surfaced Tuesday afternoon.

Justice said the man wanted a brand new flag “to fly high over this wonderful capitol so that we can appropriately honor our country.”

“We don’t need to humiliate or throw stones. We all make mistakes,” Justice said.

Flying an U.S. flag upside down usually is “a signal of dire distress in instances of extreme danger to life or property.”

Justice repeated it was an honest mistake.

“Just think about him too,” Justice said of the worker. “He could probably use a couple of your prayers as well. These people who do this work around here every day, they’re stars.”