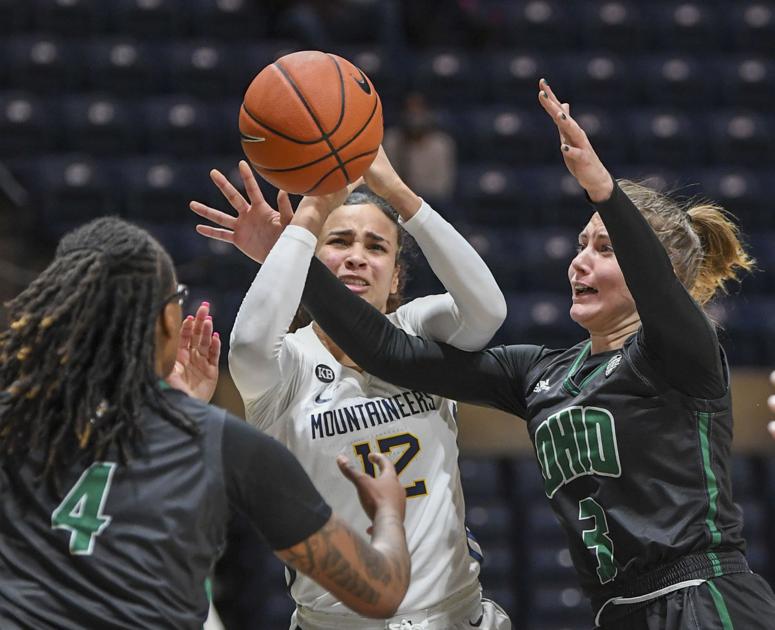 This time last year, Madi Mace was a new arrival to the Ohio women’s basketball program. Having graduated from Parkersburg High School in December 2019, Mace became an early enrollee at OU to get an idea of how things operate within a Division I program .

“It was tough, because I remember getting thrown in there in practice and our two leaders and top scorers are so good, I remember thinking I cannot keep up with them,” Mace recalled. “Getting here early really showed me where I was compared to some of the other college kids and those on my team.”

The two leaders Mace referred to remain in that role for the Bobcats this season — senior guard CeCe Hooks and junior guard Erica Johnson, both of whom earned All-Mid American Conference first team honors last season, with Hooks also being chosen the league’s top defender.

For Mace, however, much has changed over the last year. After being redshirted upon her arrival at Ohio, Mace was able to practice with the Bobcats for two months before the COVID-19 pandemic began.

“One of my favorite things to look forward to was playing in practice against CeCe, guarding her and having her guard me,” Mace said. “It makes your game so much better.”

Now a redshirt freshman, Mace is a pivotal piece of the rotation for the Bobcats, who enter Wednesday’s matchup at Eastern Michigan winners of three straight and 8-4 overall.

The 5-foot-11 Mace has played in all 12 games, averaging more than 22 minutes of action and seven points per game. Mace has strong shooting percentages (44 percent on field goals, 40 percent on 3-pointers and 77 percent on free throws) and has developed into one of the team’s top rebounders with average of 4.6 boards. Thirty-three of Mace’s 55 rebounds this season have come on the offensive end, making her the Bobcats’ leading offensive rebounder.

“When I got here, I realized I was pretty slow and I just tried to work on my speed and getting to the basket,” Mace said. “I tried to improve my footwork and maneuvering my body better.”

Twelve of Mace’s 29 field goals this season are 3-pointers, while she has made 12 consecutive free throws after missing four of six to start her college career. Mace has scored in double figures four times, including 12 and 13-point efforts in consecutive games earlier this month against Central Michigan and Buffalo.

“Everybody on the team has confidence in me to shoot the ball and they yell at me when I don’t take an open shot,” she said. “They have all the confidence in me and it’s a matter of just doing it, but they definitely want you to succeed.”

Yet with Hooks and Johnson around, Mace isn’t always relied on to score. Hooks is fourth in all of Division I with an average of 25.8 points, while Johnson ranks in the top 25 at 20.8 points. Together, the duo accounts for well over half of the Bobcats’ scoring.

“Whenever I get in, I try to be strong with the ball and limit my turnovers,” Mace said. “I’m looking to pass and get rebounds or help as much as I can. I’m learning a lot and I’m still pretty new.”

Mace, who scored two points in 22 minutes during a loss at West Virginia back on December 21, believes her transition to college has been made easier by being close to home.

With Parkersburg just 45 minutes east of Athens, Ohio, Mace spent a lot of time working on her game in her hometown last spring and summer. Mace has also been able to play home games at OU in front of four family members this season.

“It’s nice being super close to home,” she said. “I can see my family often, get shots up at the park and do laundry, so it works out perfect.”

For a player who won two Class AAA state championships and was a first-team all-state selection each of her three seasons at PHS, the goal is to continue displaying improvement and make the most of the remainder of this season.

“We never know whether we’re going to have a game or not and who gets or doesn’t get COVID,” Mace said. “We’re always on our ESPN app praying we get to play. You have to play every game like it’s your last these days, because it actually might be.”