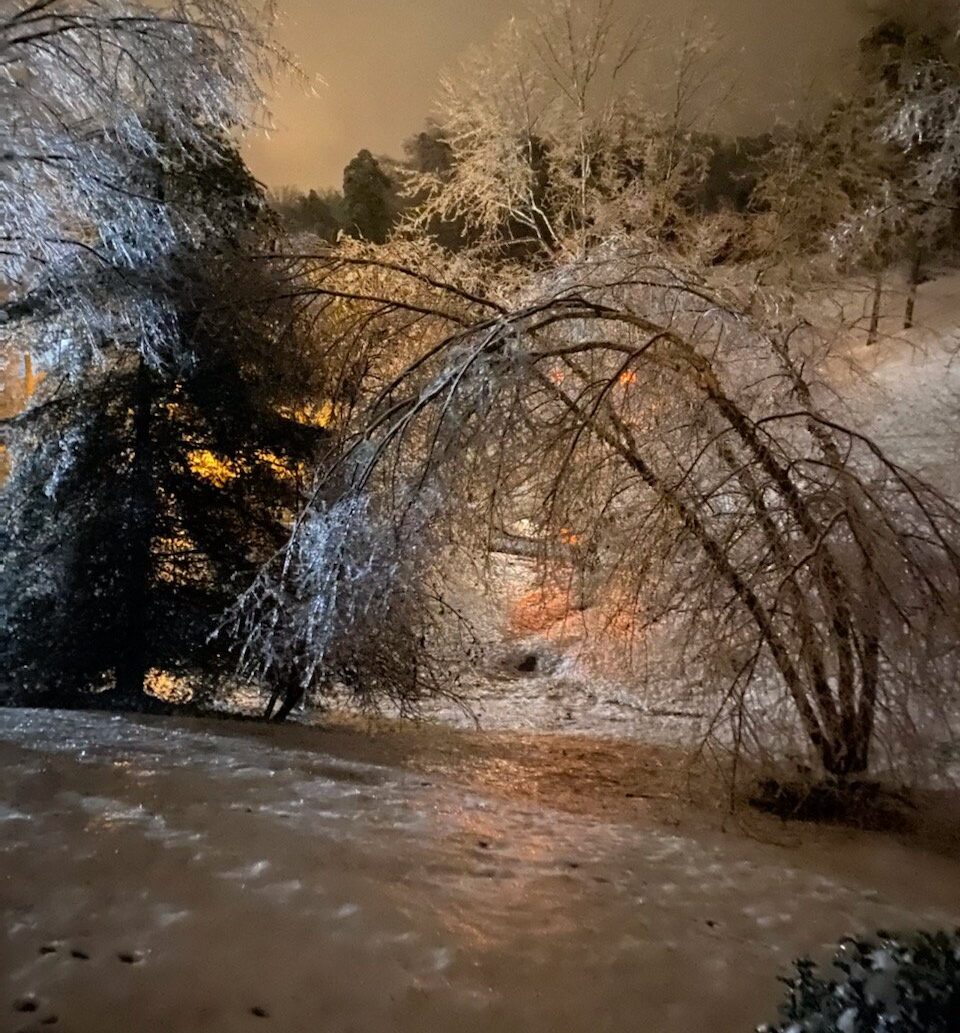 Ice coats everything and is bending and breaking trees throughout southwestern counties of the state. PHOTO: NWS Charleston

HUNTINGTON, W.Va. — More than 100,000 West Virginia homes and businesses are in the dark this morning after a second massive ice storm in less than a week.

Many of the same areas hit with ice last Wednesday night and Thursday morning got a second and in some cases much more intense ice storm overnight. A lot of folks who lost power last Wednesday night and Thursday morning lost their power again Monday evening. A few were still waiting for it to be restored from last week’s outage.

According to the most recent Appalachian Power update, more than 95,000 are without service in the company’s West Virginia service territory. The data includes more than half of Cabell County, 60 percent of customers in Putnam County, 70 percent of  Lincoln County customers, and nearly 80 percent of the homes and businesses in Wayne County are in the dark today. There are also extensive outages in Kanawha, Mason, and Jackson Counties.

Appalachian Power had more than 1,000 linemen already in the area helping make repairs to last week’s storm and outage. Another 400 were brought in from out of state ahead of the Monday night storm. Officials say despite the large amount of help, the damage is extensive and there is no indication how long full restoration will take.

Mon Power Company has more than 8,000 outages. The bulk of those are in Marion and Ritchie County today.

Light snow and flurries will be possible today. The high temp today will be this morning, getting colder through the day🥶Continue to be cautious if traveling! Ice coated trees could fall as the wind picks up and a refreeze of wet/untreated surfaces will be also be possible today pic.twitter.com/tGdwkBbUv5

All ice storm warnings are now lifted along with a winter storm warning for the northern panhandle and a winter weather advisory for the eastern panhandle.   However, an arctic cold front is due to move into the state today which will change any remaining precipitation to snow and plunge temperatures tonight and tomorrow into the teens and single digits.