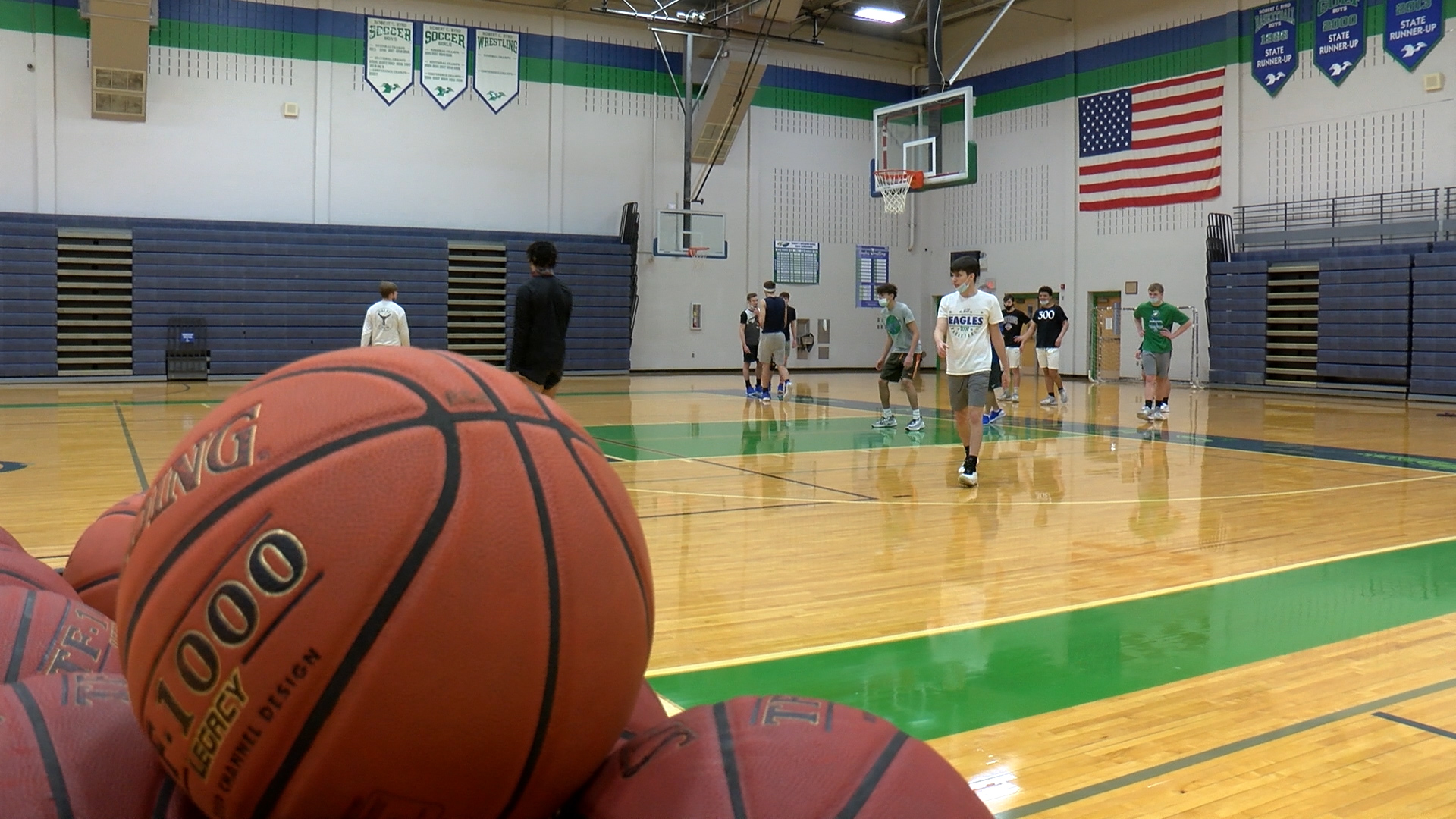 CLARKSBURG, W.Va. — When the 2020 high school basketball season was brought to an abrupt end by COVID, Robert C. Byrd owned the state’s second-longest winning streak in boys hoops. RCB won 22 games in a row before their regional matchup was canceled. Nearly twelve months later, Bill Bennett’s Flying Eagles are back on the court with a veteran roster.

“A lot of coaches want to jump into things they maybe wouldn’t have jumped into until day four or five or something like that,” Bennett said. “Having a veteran bunch helped us jump into some things. I was looking at our practice plans from last year and things we did today, we didn’t do until maybe the fifth or sixth day last year. We are going to have to hustle, having a limited amount of time to get ready.”

The accelerated timeline of a condensed preseason is a challenge every coach statewide is facing but Bennett believes his players we welcome the structure of being back in the classroom and back on the court.

“It is difficult when you put a 16 or 17-year-old kid at home everyday and tell them, ‘Do this online’. We’ve got college kids that struggle with that. So you can imagine how it goes with a lot of 16 or 17-year-olds.”

“I think they are ready to take over that leadership role. The good thing about that is there are about four, five or six of them that can do that. We talked to them the other day about accountability and said, ‘It is okay if I hold them accountable. But it is much better if they hold each other accountable’.”

Fellow seniors Gavin Kennedy (13.1 points per game), Tommy Hawkins (5.8), Blake Meighen (5.8) and junior Jeremiah King (6.7) all averaged over 20 minutes a game last season. Bennett hopes to develop a bench, which could be crucial as players face a quick ramp up to the season.

“I feel like this is a team where we can play a bunch of guys and play fast the way we like to play. I am looking forward to that.”

RCB has been moved up to Class AAA after advancing to the Class AA semifinals in 2019. They’ll no longer see Bridgeport on their path to the state tournament but they could face perennial contenders Fairmont Senior or Notre Dame in the regional round.

“Obviously, us and our crosstown rivals have been battling in the section forever and it is going to be real strange not seeing them. Maybe it adds a little spice to the postseason and a different flavor to it and maybe some more excitement.”