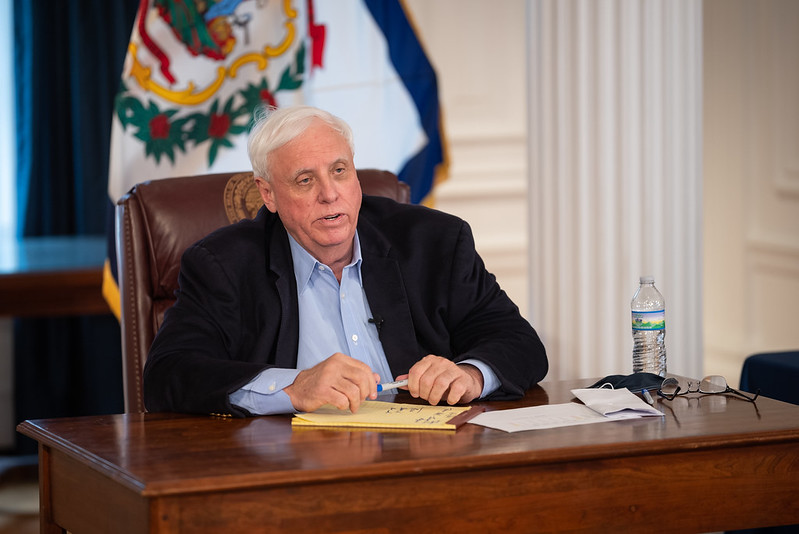 Gov. Jim Justice responds to a question during a virtual Town Hall event.

“For future governors, I would hope and pray that we don’t strip away their powers to act because you elected them to act,” he said. “From the standpoint of getting 500 different opinions on something, you’ll have a real mess.”

Last week, the House of Delegates unanimously passed two bills that would limit the governor’s authority.

House Bill 2014 asserts the Legislature’s role of approving expenditures even in situations like the recent rounds of federal relief.  The bill cites a $100 million limit for the governor’s spending authority during emergencies without legislative approval.

Lawmakers were divided by an amendment proposed by Delegate Pat McGeehan that simply would have specified that the time limit would apply to the current state of emergency. Delegates eventually voted down the amendment.

McGeehan, when he spoke of the amendment, said the governor shouldn’t take it personally but that he wanted to assure the Legislature was asserting its own oversight powers.

Justice seemed to take umbrage about all that when a West Virginia resident, Rita from West Union, asked him about the emergency powers restrictions during a Town hall event this week.

“I hope and pray we’re not going to get in a food fight over emergency powers and who has the power to do this and that,” Justice said. “I think it is frivolous is the right word to think that a Pat McGeehan if he was sitting in this job could do this job. The same man saying the governor is being a dictator. Are you kidding me? I just want to do the job.”

Legislators have been talking about imposing restrictions on the governor’s emergency powers for months and finally are voting on bills during the annual regular session.

Justice thinks involving the many voices of the Legislature to an emergency situation could be a mistake.

House Judiciary Chairman Moore Capito, R-Kanawha, said the bill laying out a timetable for an emergency declaration resulted from long thought over many months.

“I call this kind of a good government policy,” Capito said this week on MetroNews’ “Talkline.”

“Without trying to tie the governor’s hands — because we want an executive that’s able to respond, obviously, to a state of emergency in the event of a natural disaster, an attack on our country or, in this case, a pandemic — but we also want to provide some accountability.”

Capito said the legislation resulted from concerns expressed by citizens.

“To be fair, if I was the governor, I wouldn’t want any constraints on me either,” he said. “But we as legislators have a responsibility to create checks and balances in government.”