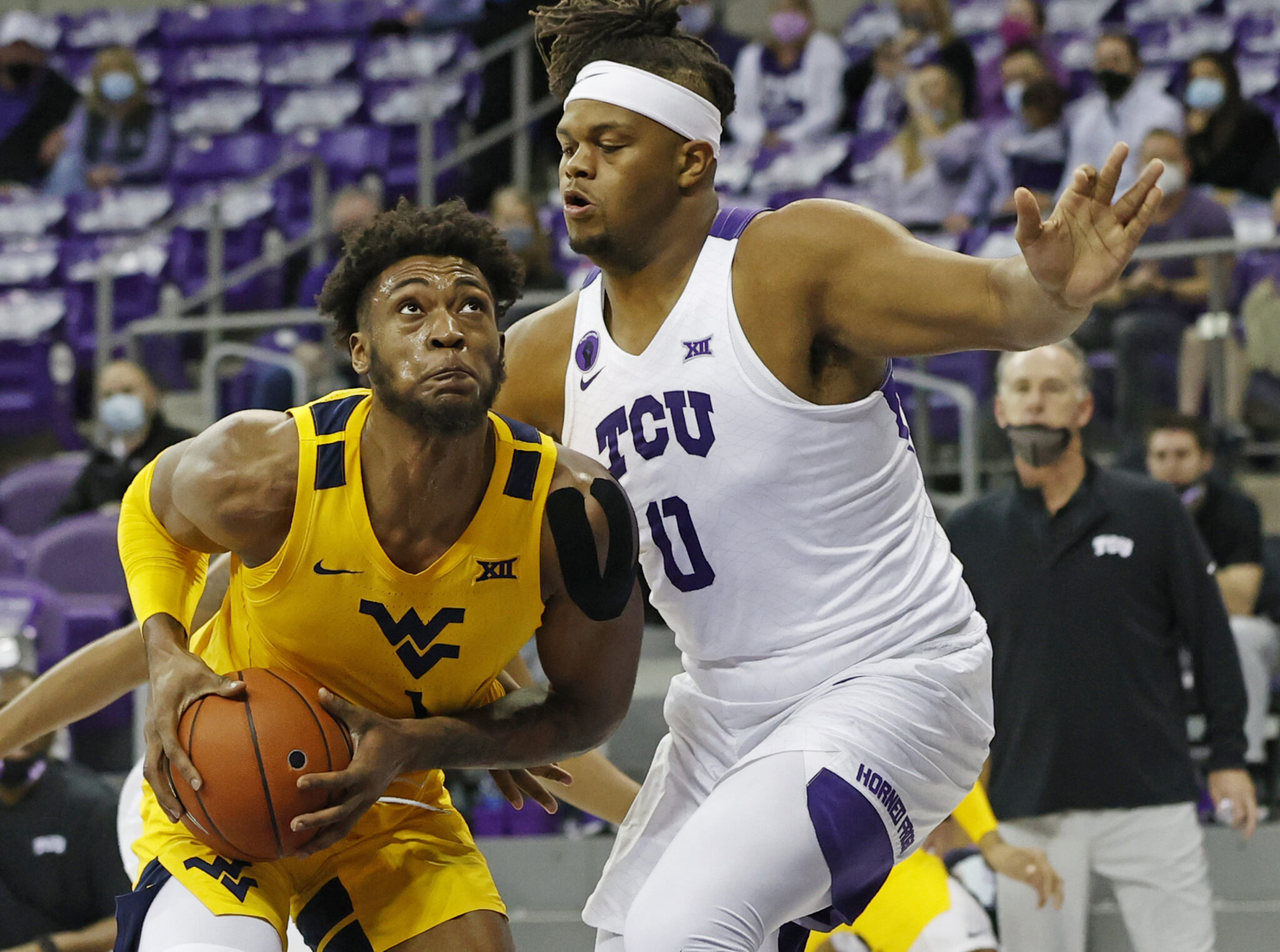 Tenth-ranked West Virginia wrapped up its abbreviated two-game Texas swing with a workmanlike 74-66 victory against TCU at Schollmaier Arena.

The Mountaineers, who learned earlier Tuesday they would be flying home after the matchup with the Horned Frogs instead of going on to Baylor, led for the final 35:02.

Derek Culver’s first-half dominance, combined with Taz Sherman breaking out in the second half, was enough for West Virginia (16-6, 9-4) to lead relatively comfortably over the final 20 minutes en route to its sixth straight Big 12 road win.

Culver had 15 points and eight rebounds in the opening half and consecutive baskets from Jalen Bridges just before halftime allowed WVU to hold a 37-31 lead at the break.

Sherman, playing in front of family in his home state, poured in 15 of his game-high 23 points after halftime to prevent TCU (11-10, 4-9) from ever getting closer than five in the second half.

“It’s one of those things that’s like a coincidence, but it’s always good to play in my state and have some friends and family come out,” Sherman said. “This was the first game my mom and little brother got to come to, so I had to put on a show.”

A 3-pointer from Charles O’Bannon brought the Horned Frogs to within 49-44, but Sherman answered by going 4-for-4 at the free throw line and connecting on a jumper to stretch the WVU lead to 56-44 with 12:18 to play.

Sherman’s rare four-point play gave the Mountaineers their largest lead of the night at 62-46 with 11:15 remaining.

“I know my guards are always going to heat up, but sometimes it takes them a little longer,” Culver said. “They’re like diesel engines. It may take a while to get them started, but once they get started, you’re going to have to kill them to make sure they’re not doing anymore damage to you.”

The Horned Frogs didn’t go away quietly, however, and reeled off the next seven points. They trailed 68-60 with 5:39 left after Taryn Todd’s triple, but made only two field goals the rest of the way in suffering their third straight loss.

Sherman finished 6-of-15 from the field and 8-of-9 on free throws. Outside of Sherman, West Virginia made only 11-of-24 free throws, including Culver’s 6-of-14.

“When he starts making them, he hides from me,” Huggins said. “Now he can’t hide from me anymore.”

Culver had 18 points and 14 rebounds, while Miles “Deuce” McBride gave the Mountaineers a third double figure scorer with 11 points.

Bridges had an efficient effort in the win, making all four of his field goals and finishing with nine points, five rebounds and no turnovers in 25 minutes.

“That’s the beauty of this team,” Huggins said. “We rely on Sean (McNeil) at times and then when Sean struggles a little bit, we rely on Deuce or Taz.”

The Mountaineers held a 38-30 rebounding advantage, including 13-3 on the offensive end.

West Virginia will return home to play four games at the Coliseum starting Saturday with Kansas State. The Mountaineers are then slated to host Baylor, TCU and Oklahoma State to close out the regular season.

“We’re all happy to go home,” Huggins said. “We’ve only played two games, but it seems like a lot more.”

RJ Nembhard scored in double figures for an 18th straight game and led TCU with 17 points.