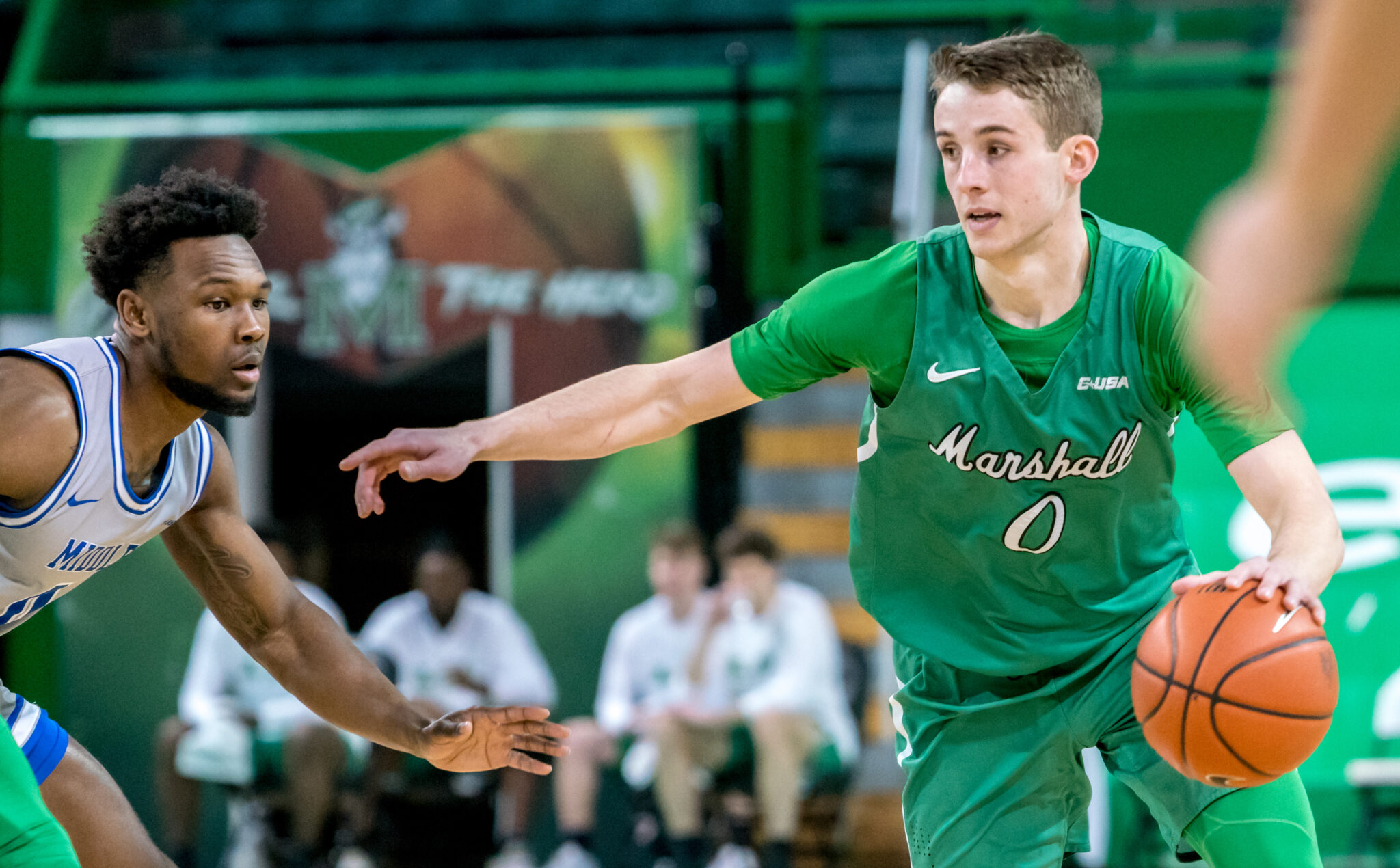 After another Covid-19 break, Marshall and North Texas head back to the court for this weekend for a showdown in Huntington between two of Conference USA’s top teams.

The Herd and Mean Green meet Friday night at 7 pm and Saturday afternoon at 2 pm in the Cam Henderson Center. Friday’s game is being shown nationally on ESPNU, while Saturday’s game will be shown on Fox Sports regional networks.

This weekend’s game will pit the top offense in the league in Marshall (82.5 points per game) against the #2 defense in the Mean Green (61.6 points allowed per game).

The Mean Green last played on February 13th, a 68-56 win at Southern Miss.

North Texas tested itself early this season with games against three Power 5 conference members, all which resulted in losses to Arkansas (69-54), Mississippi State (69-63) and West Virginia (72-60). The Mean Green also suffered a road loss to a tough Loyola-Chicago team.

UNT has league wins over UTSA, Rice, UTEP, Louisiana Tech and Southern Miss. This weekend’s games will be the only ones for the Mean Green against C-USA East Division opponents.

North Texas outscores opponents by 10.7 points per game, but averages about ten fewer points than Marshall. The teams shooting percentages are similar, with the Mean Green at 49% and Marshall following closely at 48%. Three-point shooting percentages are similar, with UNT at 37% and Marshall at 35.5%. The Mean Green has a slight edge in free throw percentage (74.4% to 72.7%). UNT outrebounds opponents by 3.5 caroms per game, while Marshall is outrebounded by nearly two boards per game.

Marshall is superior statistically to UNT in the key areas of assists and turnovers as well as in steals and blocks.

The Herd is still paced in scoring by junior guard Taevion Kinsey, who is averaging 20.4 points per game, tying him with UTSA’s Jhivvan Jackson for the Conference USA scoring lead. Senior guard Jarrod West (13.6 ppg) and sophomore guard Andrew Taylor (10.7 ppg) are also among the Herd’s scoring leaders. Kinsey and Taylor are Marshall’s rebounding leaders (6.2 rpg).

After this weekend’s contests, Marshall remains home to wrap up the regular season as the Herd hosts Charlotte in two contests which are make-ups for games postponed in January due to Covid-19.