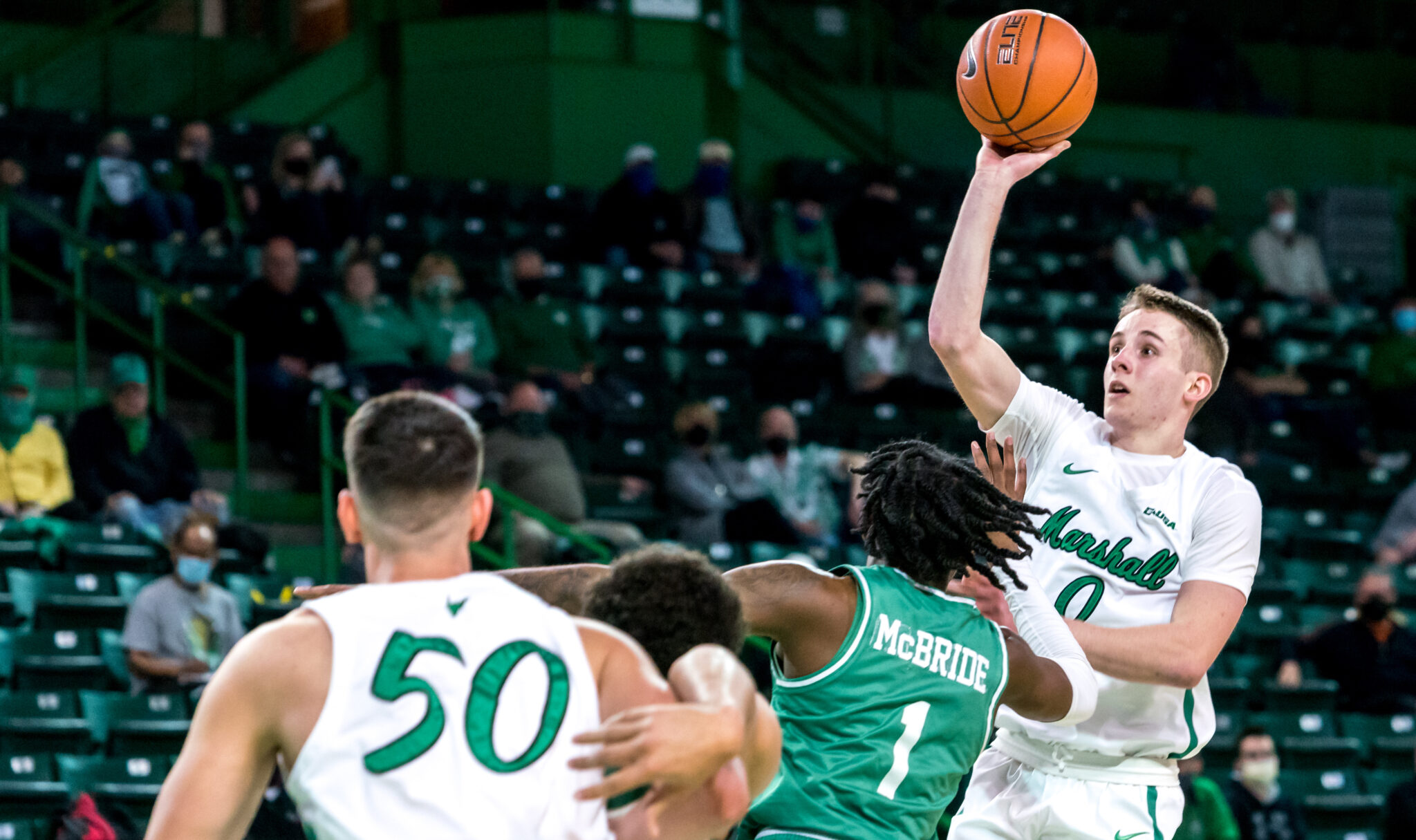 Marshall forged one tie in the first half at 23-23, but the visitors came back to lead at the half, 34-27. Marshall got within three in the second half at 55-52 with 8:17 left, James Reese connected on two straight threes to get the advantage back to 61-54 and the Mean Green held the Herd to its lowest point total of the season. North Texas came in No. 2 in the league in defense, allowing 61.6 points a game.

“Told them before the game I felt we didn’t have the energy we need to win the game,” Herd coach Dan D’Antoni said. “Taevion (Kinsey) and Jarrod (West) didn’t produce big numbers. They were real quiet. They took away the lob, a lot of the things we’re used to getting. Our energy and what they do.”

Mikel Beyers had 14 points off the bench to lead the Herd and added 10 rebounds for his first career double-double. Andy Taylor added 15 points. Kinsey, who is c-leader in the league in average at 20 points a game, got limited to 12 and West, who scores 13.6 per contest, managed just six.

“Can’t come off him like that,” the coach said, noting Reese has a quick release.

Marshall is known for producing scoring bursts at some point in a game, but North Texas didn’t let that happen.

As of Friday, these two teams were ranked highest in C-USA in NCAA NET. North Texas came in at No. 69 and Marshall at No. 70.

D’Antoni said a quick film study will have to help the Herd turn things around.

“Got to come back with fight,” D’Antoni said. “Get T.K. (Taevion Kinsey) and Jarrod West going. I tell them everyone has to contribute.”

Marshall will return home next weekend for the final C-USA two-game set against Charlotte. The games were postponed Jan. 8-9 due to the Coronavirus pandemic and contract tracing in the 49ers’ program. Attendance for Friday’s game was 1,055 thanks to special seating arrangements and social distancing due to COVID-19.