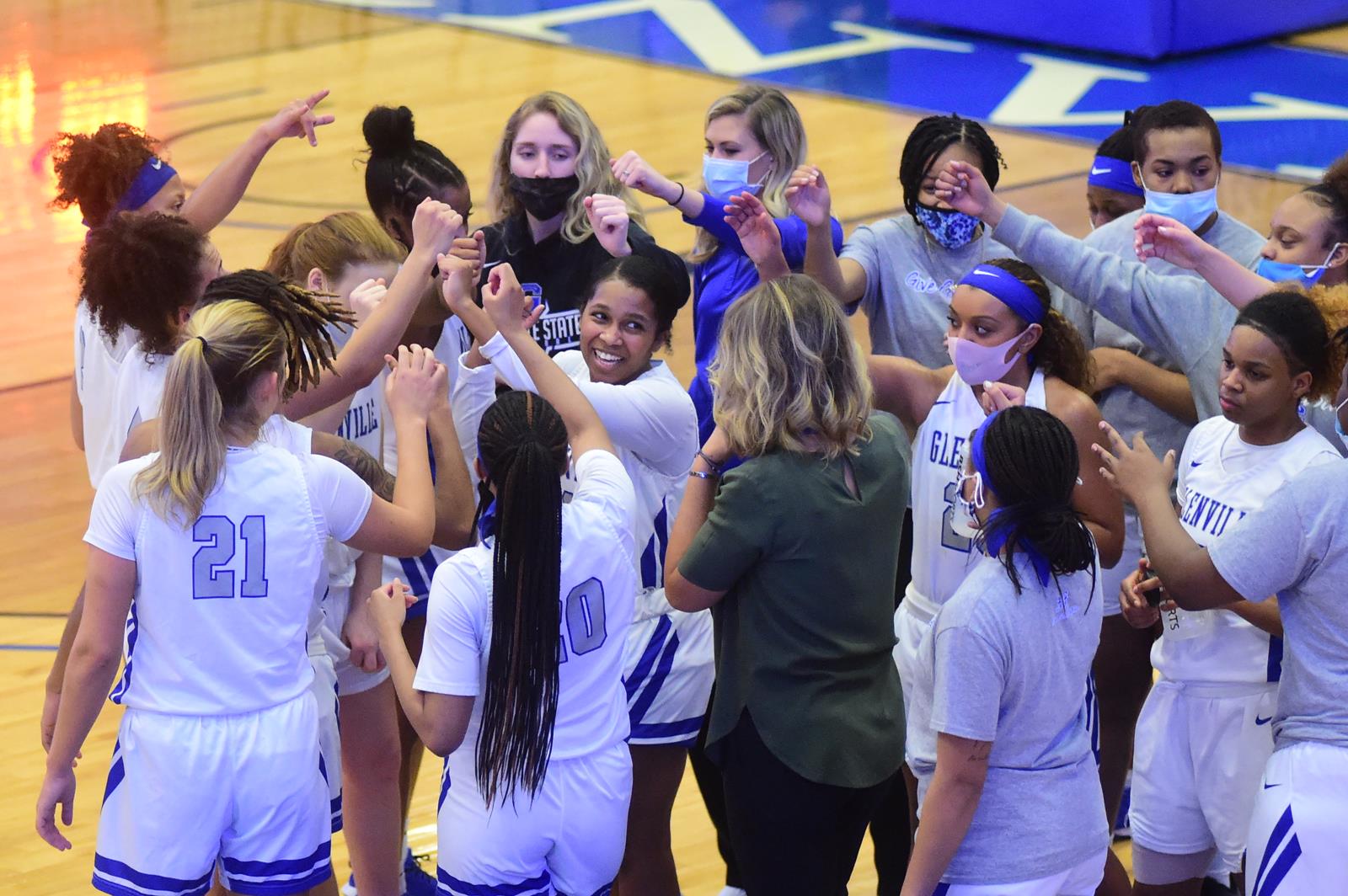 After going 18 days between games in February due to a COVID-19 related pause, the Glenville State women’s basketball team wrapped up its regular season last week by going 2-1 over a four-day span.

A two-point win at Charleston was followed by a lopsided victory at Frostburg State, before the Pioneers fell for the second time this season in their regular season finale, 97-86 at Concord.

GSC (10-2) now prepares for Thursday’s matchup with West Liberty in a Mountain East Conference Tournament quarterfinal at WesBanco Arena. Tip-off is set for 11 a.m. in the first of four games that day.

“We came out on the other side of it with two of three wins, which I was pleased with,” Pioneers’ coach Kim Stephens said on Citynet Statewide Sportsline. “I was really hoping we’d win vs. Concord and finish it out, but we were gassed by the end of it. It was a tough final three games for our kids after being cooped up for some time. Hopefully we can have a couple more days of good practice going into Wheeling and start to look like ourselves again.”

As the No. 2 seed in the MEC’s South Division, the Pioneers play the Hilltoppers (8-8), who finished third in the North Division.

“It’s been the longest, shortest season of all time,” Stephens said. “It’s been a rough road, especially for our program, but we’re happy there’s a light at the end of the tunnel. We’re on the other side of the rough patch. Going into the final week, we still have some work to do, but we’re excited about it. It’s good to be back to normal a little bit now, so it’ll be interesting to see how things shake out for us this week.”

Stephens believes a key for her team going into the conference tournament is to regain their legs, with the Pioneers’ conditioning suffering during their February pause. For a team that prides itself on going deep into its bench (12 players average at least 9 minutes per game), an uptempo pace is preferred.

“We were playing really well before we got paused and we were kind of hitting our stride,” Stephens said. “When you’re an 18-to-21-year-old female and you’re stuck in your room for 10 to 14 days, you lose all of your fitness.”

The Pioneers, as well as Charleston (14-2) and Notre Dame College (13-3), are MEC teams that could earn an at-large bid into the NCAA Tournament based on their body of work. Come Sunday, one MEC team will automatically earn a berth in the the Atlantic Regional by winning the conference tournament — something the Pioneers have done each of the last three years in addition to four straight regular season league crowns.

“If we go in and drop our first game, that’s the hardest part as a coach and that’s one of the hardest situations I’ve been in as a coach,” Stephens said. “‘OK, I think we may make the national tournament, our season ended early.’ What do I go tell my kids in the locker room? Do we go back and practice? Those are kind of awkward moments. Our kids are very aware that they have a chance to continue playing after this week, but we need to take care of business early.”

All games at WesBanco Arena for both the men’s and women’s tournaments will allow up to 750 spectators. Thursday’s contests will mark the first time in 362 days that fans are permitted to attend a MEC sporting event.

“When we first started playing without fans, it was a little weird and less exciting for them,” Stephens said. “All of the kids will embrace having fans. They’ll play a little bit harder. It’ll be the first time in a year that they’ve been able to play in front of other people and the first time in a year that their parents can stand up and clap for them. I think that the kids will love that. I know my kids will.”