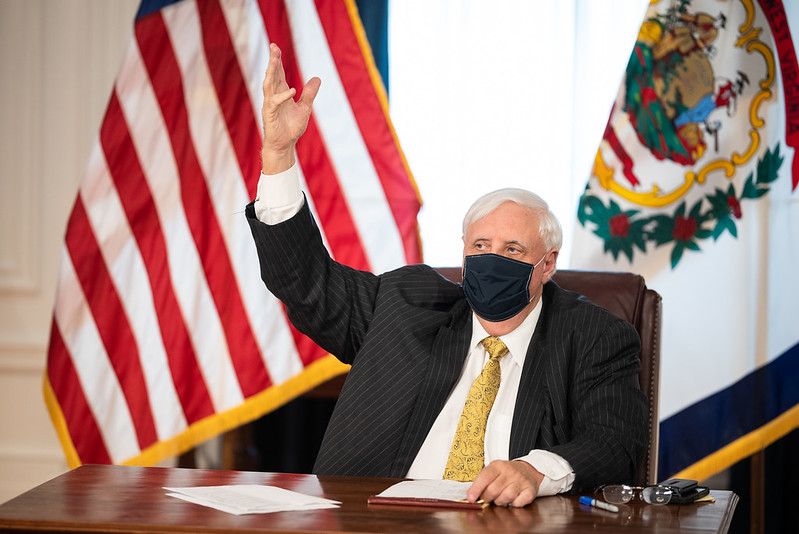 Gov. Jim Justice’s big tax proposal has been introduced in the House of Delegates, and the governor is telling West Virginians to close their eyes and just imagine the results.

“My plan will seize a once-in-a-lifetime opportunity to transform West Virginia’s tax structure; raising wages, raising home values, bringing in more businesses, more people and making life better for all West Virginians,” the governor promised in a promotional and explanatory document shared this week with with legislators, lobbyists and associations and more.

The final page of the document makes an even bigger claim for West Virginians who may wish upon a star:

“DisneyWorld may become a reality for West Virginia.”

Pixie dust aside, it’s not clear where that claim came from except that a citizen asked Justice about the possibility during a recent virtual town hall. The governor responded affirmatively that he’d like to see a major theme park here.

“This is so dear to my heart,” Justice said. “I really, really believe that there is a real chance of landing real entertainment — landing the next Disney, the next Dollywood.”

After promoting the idea of a major income tax cut for weeks, the governor announced last week that a draft was ready. Today, House Bill 2027 “Relating to the Personal Income Tax Reduction,” was introduced in the House of Delegates.

It was assigned to the House Finance Committee, but there did not appear to be immediate plans to take it up.

As currently structured, the proposal still has a $185 million deficit.

The tax increases represent a tradeoff on the proposal. The governor is proposing an increase from the current 6 percent sales tax to 7.9 percent.

Justice refers to the additional taxes as pulling the rope.

“To truly make this work, we all need to pull the rope together as West Virginians,” he stated in the document that was distributed this week.

The document includes charts with household income, suggesting what their overall tax situation might be with the changes.

The table starts with an individual making $10,000 a year and assumes they don’t smoke, drink or buy lottery tickets. That level wouldn’t be subject to an income tax, but the citizen would be eligible for a $350 rebate. The sales tax increase for that person is estimated to cost just an extra $92. That results in an estimated gain of $258, according to the governor’s figures.

At the highest end presented, a family of three with a household income of $100,000 would experience a state income tax cut of $2,889. Assuming that family doesn’t drink, smoke or buy lottery tickets, the chart estimates they’d pay an additional $431 in sales taxes. That would gain the family $2,548, according to Justice’s figures.

There are other charts for taxpayers who smoke, drink or buy lottery tickets.

“The governor’s plan will enable all West Virginians to put more money in their pocket,” Justice’s document promises.

The West Virginia Center on Budget & Policy think tank concludes that the average taxpayer in the bottom 60 percent of households in West Virginia would see a net tax increase from the governor’s proposal.

Conversationally, lawmakers at the Capitol this week still had a lot of questions. Among them: What are all the professional services subject to new taxes under this plan? And what are the specific definitions of the items subject to the new “luxury” tax.

Senator Bill Ihlenfeld, D-Ohio, questioned aspects of the plan while appearing this week on Watchdog Radio.

“He said the increase in the tobacco tax is going to cause him to just shut down.”

The governor has put significant work into selling the proposal, Ihlenfeld said, describing two meetings the governor led with Democrats. Ihlenfeld said former Senator Paul Hardesty, a Democrat who lobbied for Justice’s businesses in the past, also has been talking to lawmakers.

But Ihlenfeld said groups in line to be subject to greater taxation are also starting to speak out.

“He has decided to take on a lot of very powerful groups that have high paid lobbyists that are going to push back very hard against his proposal,” Ihlenfeld said.

“I do not think the way he’s put this together will ultimately pass.”