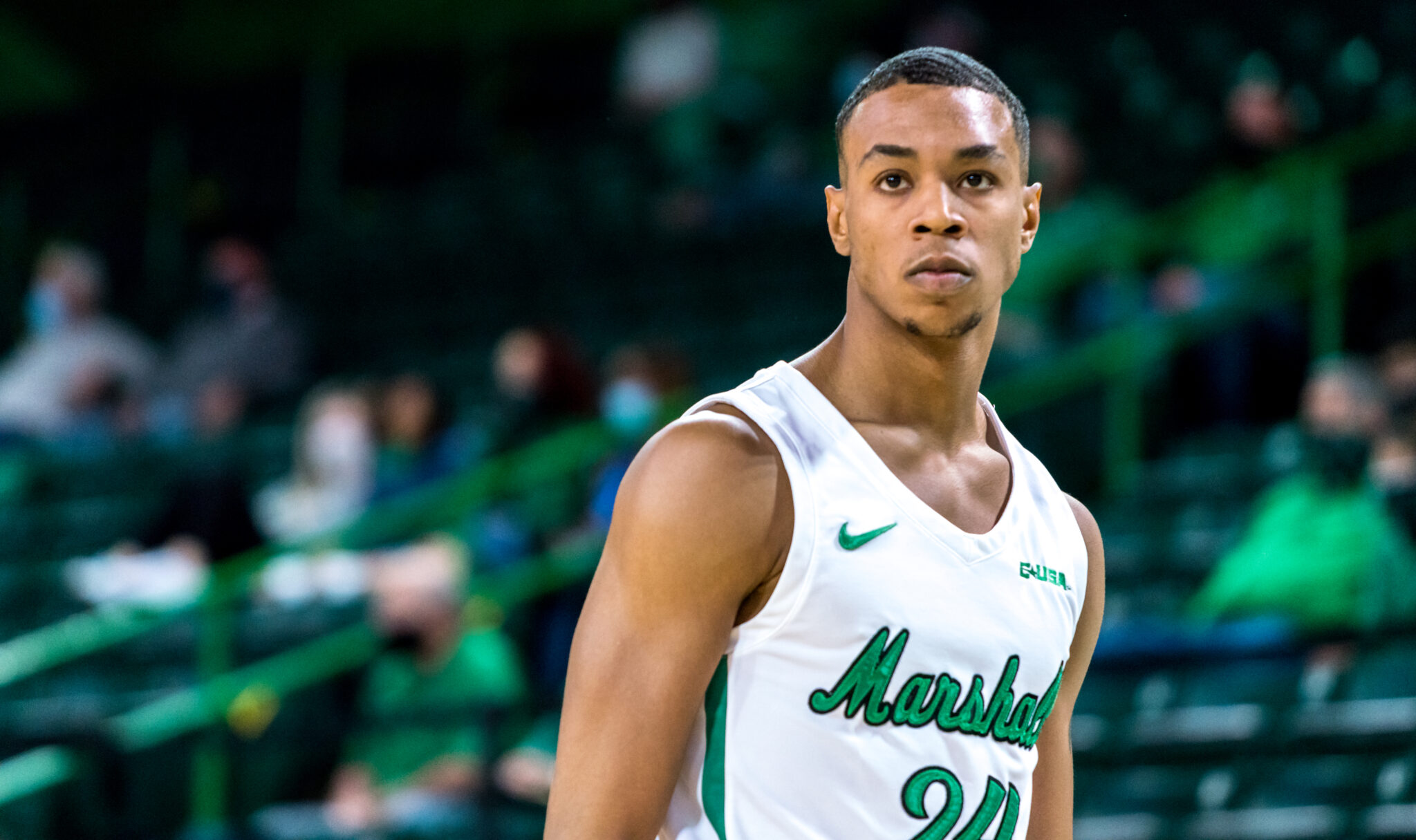 FRISCO,  TX – Rice used three-point shooting and clutch foul shooting down the stretch to upend Marshall, 72-68, Wednesday night in the first round of the Conference USA Men’s Championship here at the Ford Center at The Star.

Rice, the sixth seed from the West Division, got successive treys from Quincy Olivari to give the Owls the lead for good at 51-47 with 8:00 left. Down the stretch, Rice made 9-of-10 free throws to keep the Thundering Herd at bay.

“Very disappointed for the entire team,” Herd coach Dan D’Antoni said. “We did not play Marshall basketball. We didn’t do the things we’ve been doing. Give them credit. They made two big threes from way out there and hit their free throws at the end.”

Rice (15-12) will take on UAB, No. 2 seed from the West, Thursday at 7 p.m. The Herd, which finished 15-7, entered the game ranked No. 1 in the league in scoring at 80 points per game.  Marshall had also won six of its final seven games in the regular season.

Jarrod West topped the Herd with 19 points. He made 5-of-9 from the three-point line while his teammates struggled to make 5-of-25. Mikel Beyers added 17 points while Jannson Williams and Taevion Kinsey netted 11 each. Kinsey, who turned 21 Wednesday, came in No. 2 in the league in scoring at 20.0.

“We did a lot of home run shooting,” D’Antoni said. “People come to the bench and look tired. Just no pep in our step and things didn’t work out right. Winning six of the last seven meant nothing. You’ve got to be ready to play every night. I thought we were ready. We’d stand around, throw it around and then launch a long one.”

It appeared the Herd might get momentum midway through the second half when West got a steal and Beyers set up Kinsey for a dunk for a 47-45 lead with 10:16 left.  Instead the Owls responded with a stretch of four threes and one two-pointer to take a 59-49 lead with 5:29 left on the clock.

“They made plays when they when they needed and we didn’t make plays when needed,” West said. “Our defense was not where it needed to be. We gave up open shots and they made them.”

Rice took a 31-29 lead at the half helped partly by three-point shooting. The Owls hit 6-of-14 while the Herd made just 3-of-18 with several airballs.

Fiedler and Olivari each netted eight points in the half to lead Rice. West totaled eight  points and Beyers seven. Kinsey managed just three. He hit just 1-of-6 from the field (0-for-3 from three). His lone basket came with 3:25 left in the half.

The Coronavirus halted this event last year after just one round. The two teams  were to meet Feb. 20-21 in Houston, but the series got canceled due to COVID-19 and contract tracing with the Owls.

Rice had to work come-from-behind magic Wednesday to oust Southern Miss, 61-52, in the preliminary round. The Owls closed the game on an 18-3 run.

In addition to the basketball upset, back on Dec. 5, Rice blanked East Division winner Marshall, 20-0, at Joan C. Edwards Stadium.