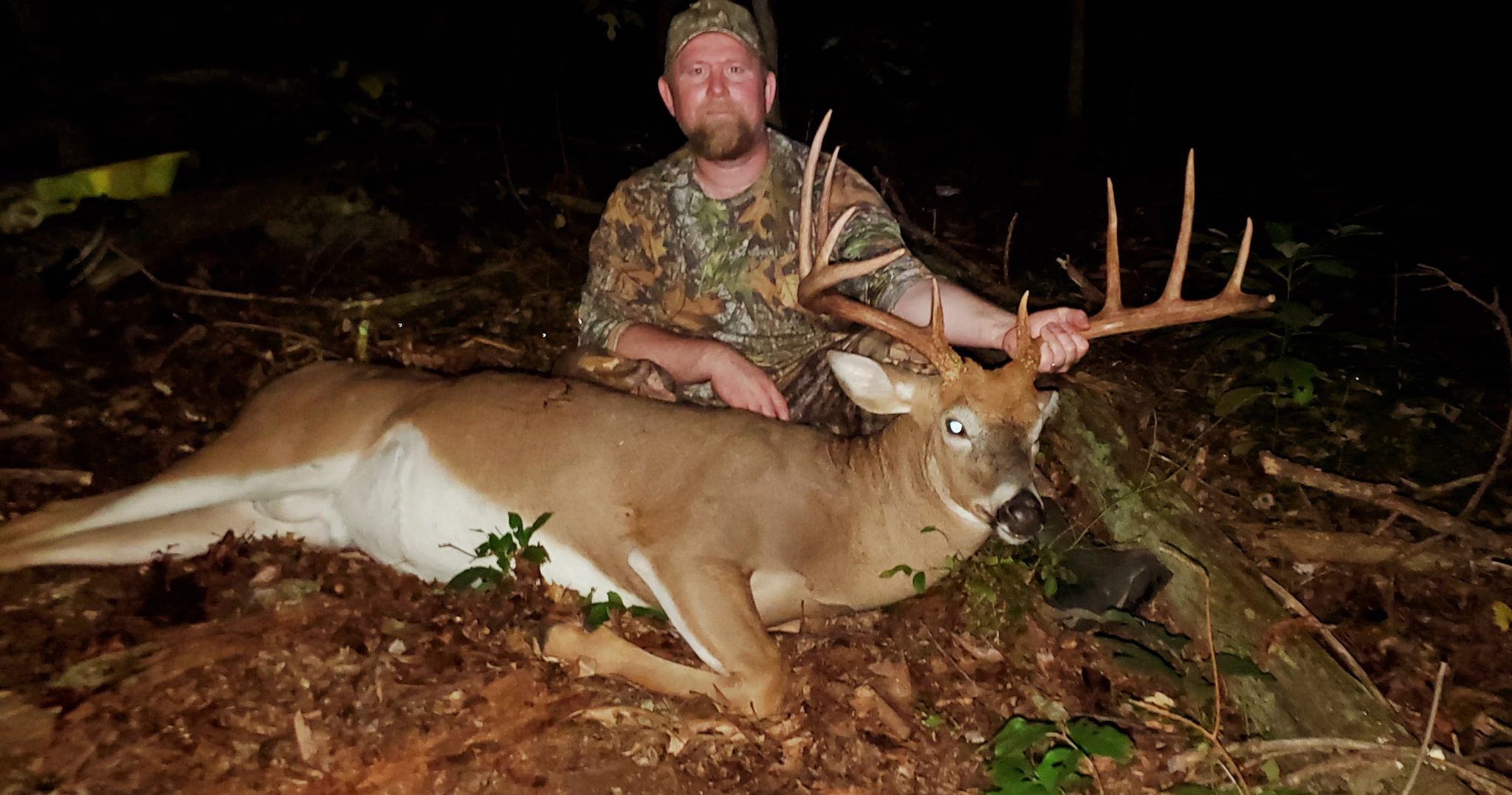 MARTINSBURG, W.Va. — Typically when we hear about a monster buck in West Virginia it’s almost always associated with the four southern West Virginia counties which are archery only hunting. Those bucks often come off private land and in some cases. leased coal company property with limited pressure. But hunter Chad Grove of Martinsburg offered a very different story about his monster buck of 2020.

“He’s a buck I’d been chasing for a few years now. I had him on a trail camera for at least four years and finally this year I was able to put it all together on him and get in there in the early season and kill him,” said Grove during a conversation on West Virginia Outdoors.

Listen to “Chad Groves” on Spreaker.


The key difference with the buck Grove took down which made the Pope and Young Record books was he killed it in the Sleepy Creek Wildlife Management Area situated on the Berkeley/Morgan County border in the Eastern Panhandle. It’s public land where there can be considerably more pressure and different rules are in effect.

“Since it’s public land, there’s no baiting or anything like that, so you have to set up your trail cameras on travel corridors or scrapes and things like that to find them,” he explained.

However, he disagreed with an assessment about hunting pressure.

“Being close to I-81, there used to be a lot of out-of-state hunters who hunted there, but in the last ten years that’s died off and I’m actually finding a lot more mature bucks than people would even realize,’ he explained.

Going into the 2020 hunting season, Grove said he had learned a lot about hunting Sleepy Creek and in particular about this buck with four years of off and on contact. He evaluated the situation and figured his best chance of success would be in the early season. Grove left a camera in the area where he knew the buck lived from May until September. He retried it in early September and found two pictures of the buck he was seeking, one from May when he first started growing and one from the end of August.

“When I got that picture of him, I figured I would put all my eggs in that basket and try to kill him,” he said.

He deployed more cameras along a ridgetop where he discovered an abundance of acorns. There, he got one picture on the top of the mountain. He moved his cameras two days before archery season found the evidence he was looking for.

“A couple of days before the season opened, I had a picture of him in daylight just off the top of the mountain. I figured he was bedding in that area,” he said.

Grove chose a rock break along the same level of the ridge about 100 yards from where he had gotten the most recent pictures as his stand for opening day. He had a small buck in his sights around 6:50 p.m. of opening day. It was a buck he recognized from trail cam pictures which had been traveling with the big buck. Soon a second buck appeared, and there was no denying who it was.

“This buck is 22 1/8th inches wide, so I was pretty sure it was him, but I was afraid this smaller buck was going to mess me up,” laughed Grove.

The small buck seemed nervous, either of Grove’s presence or that of a much more mature buck. The small buck moved toward the big one, and was put over the hill with an antler to his ribs. The encounter left the big buck and Grove all alone within just a few yards of one another. It didn’t take long.

“That buck had no idea I was there. He just walked up to 23 yards away and I put a good shot on hi. He ran about 30 yards and I watched him fall over about 30 seconds later,” he explained.