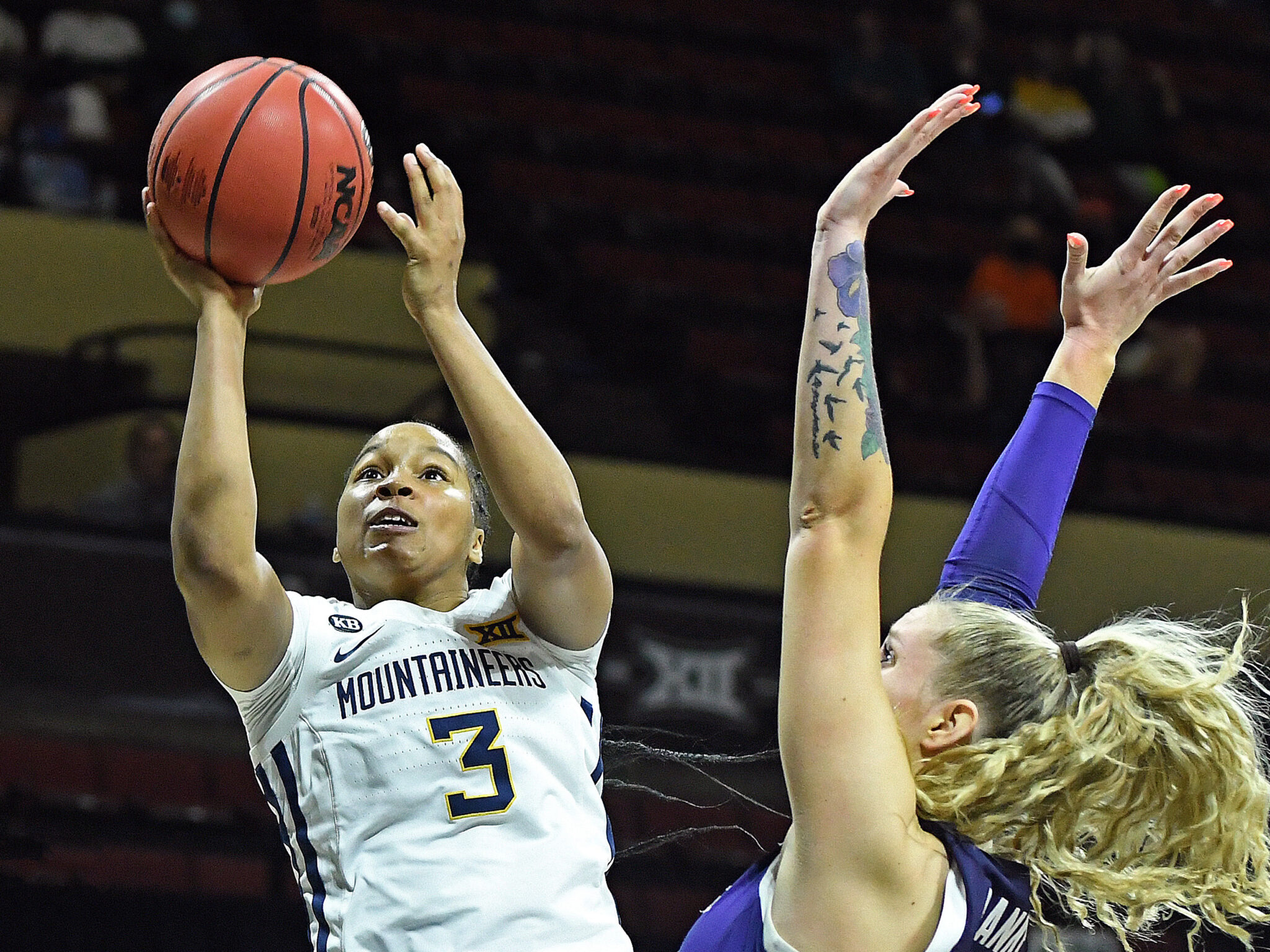 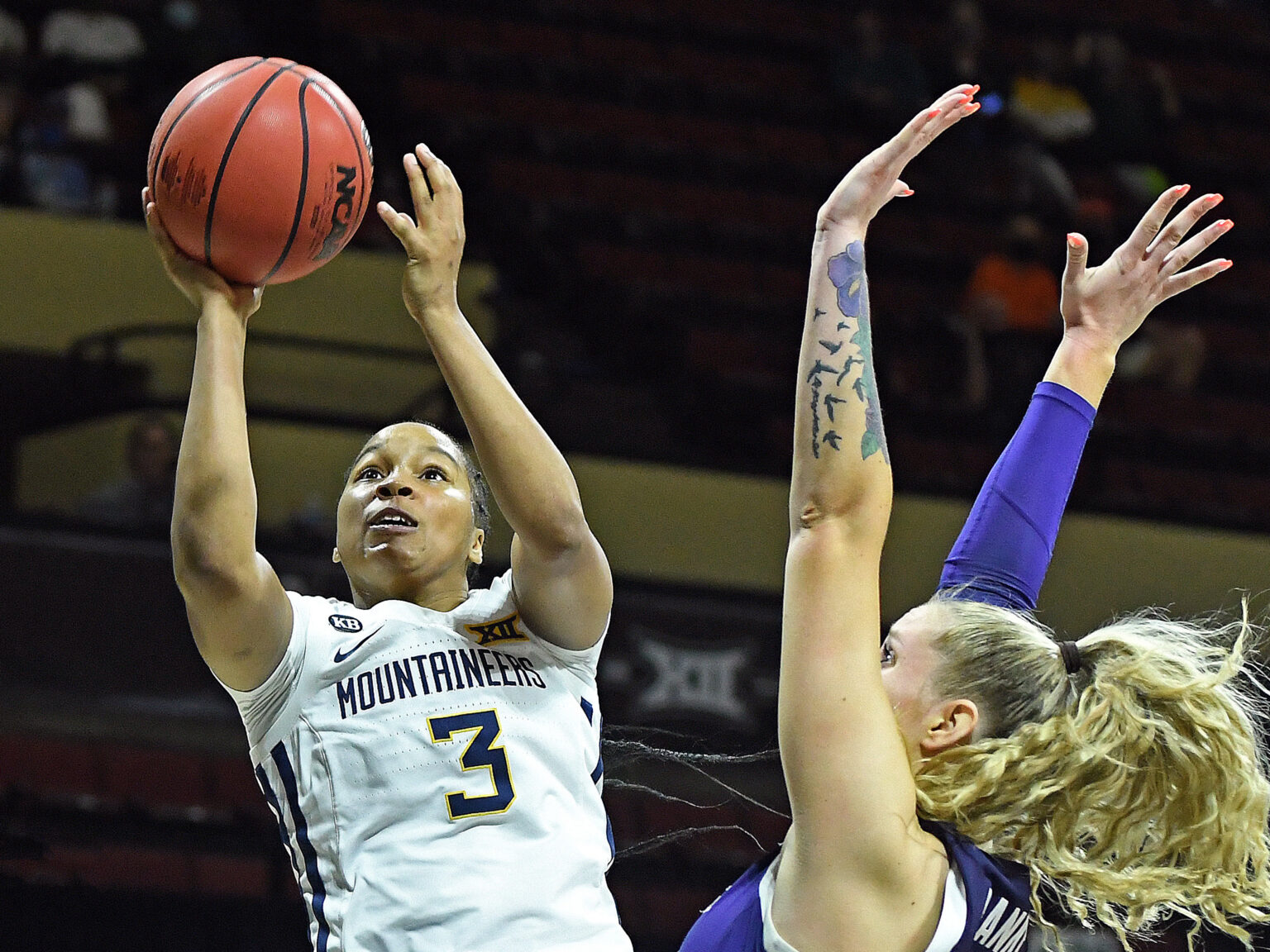 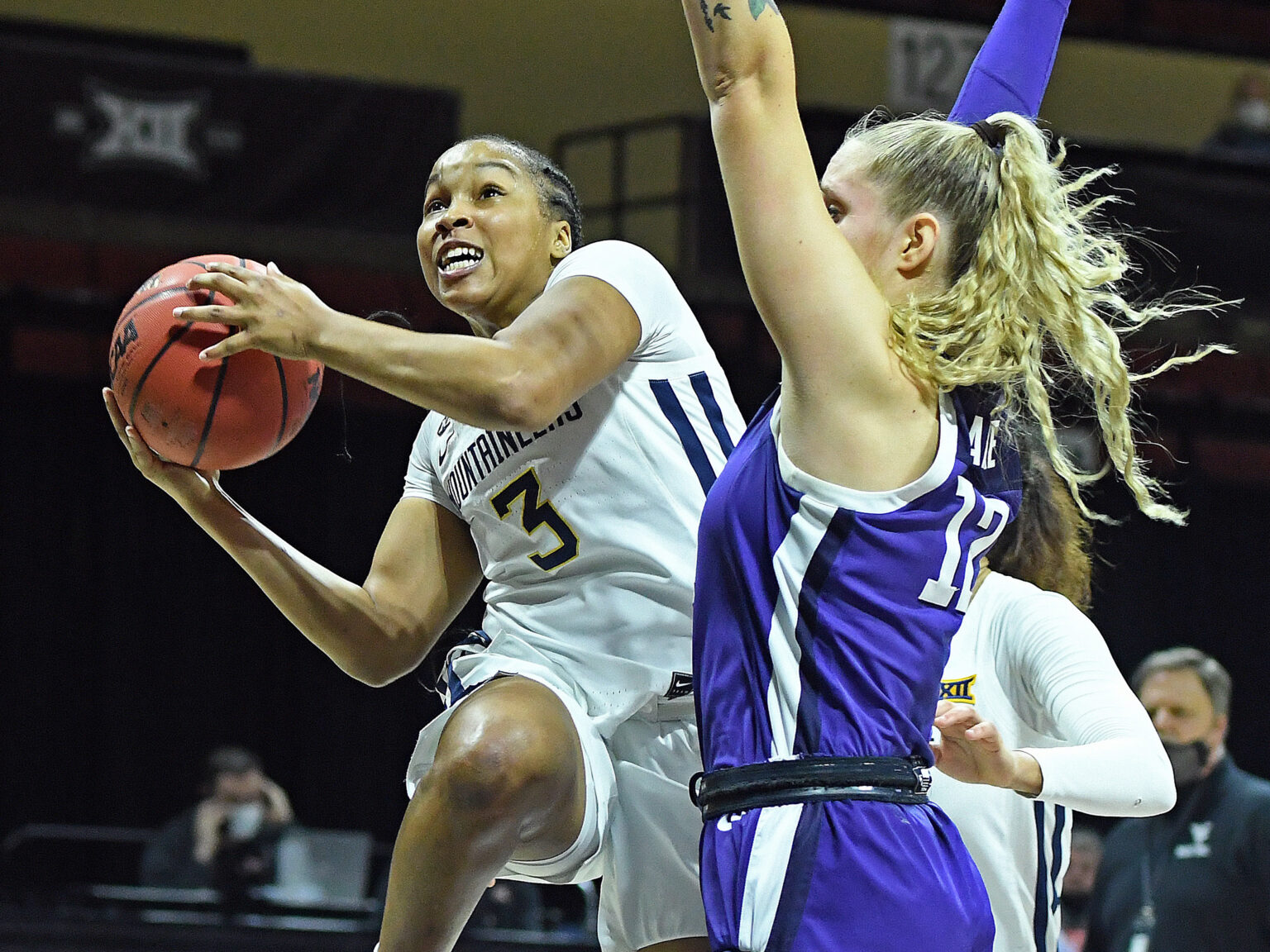 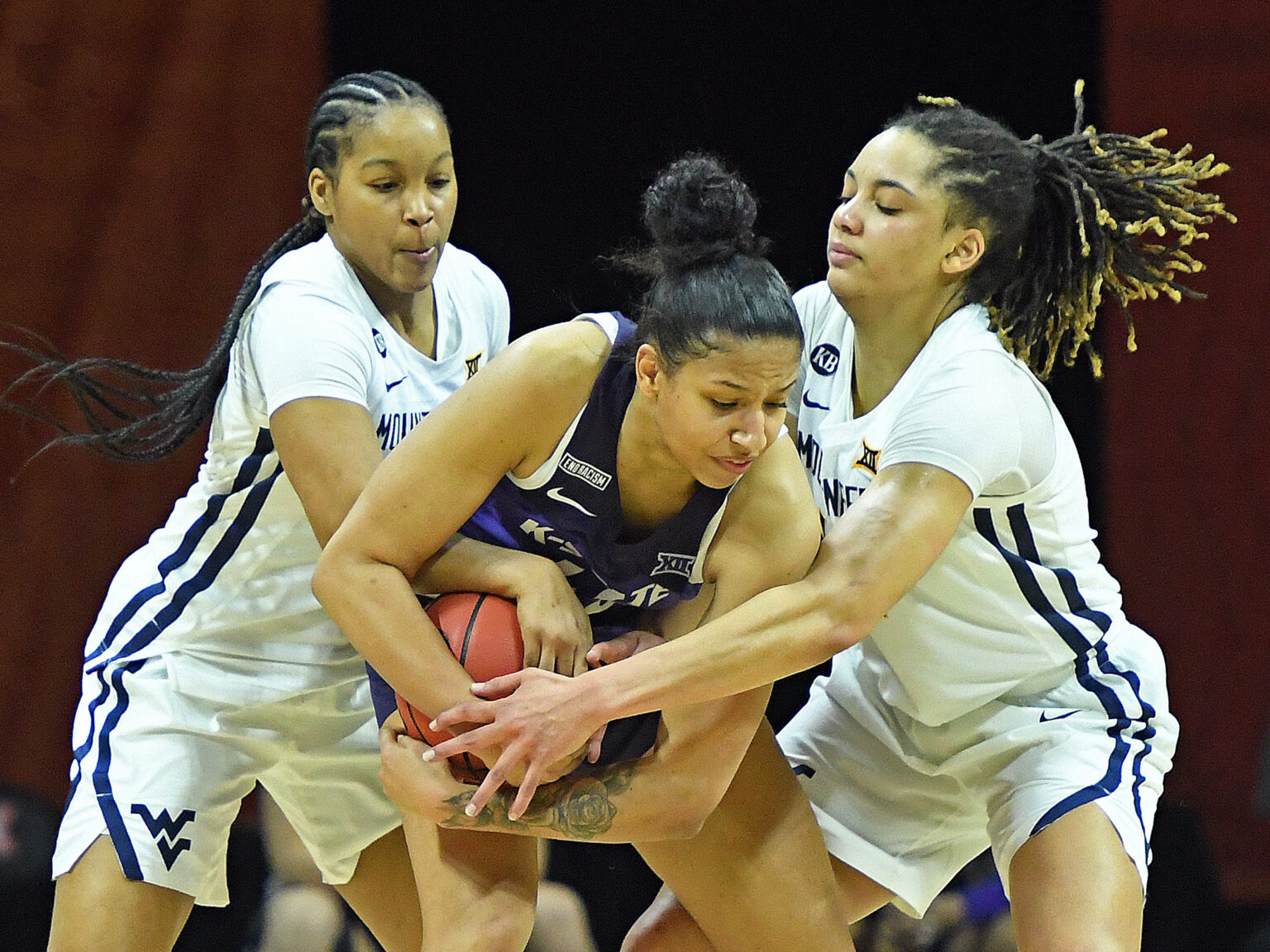 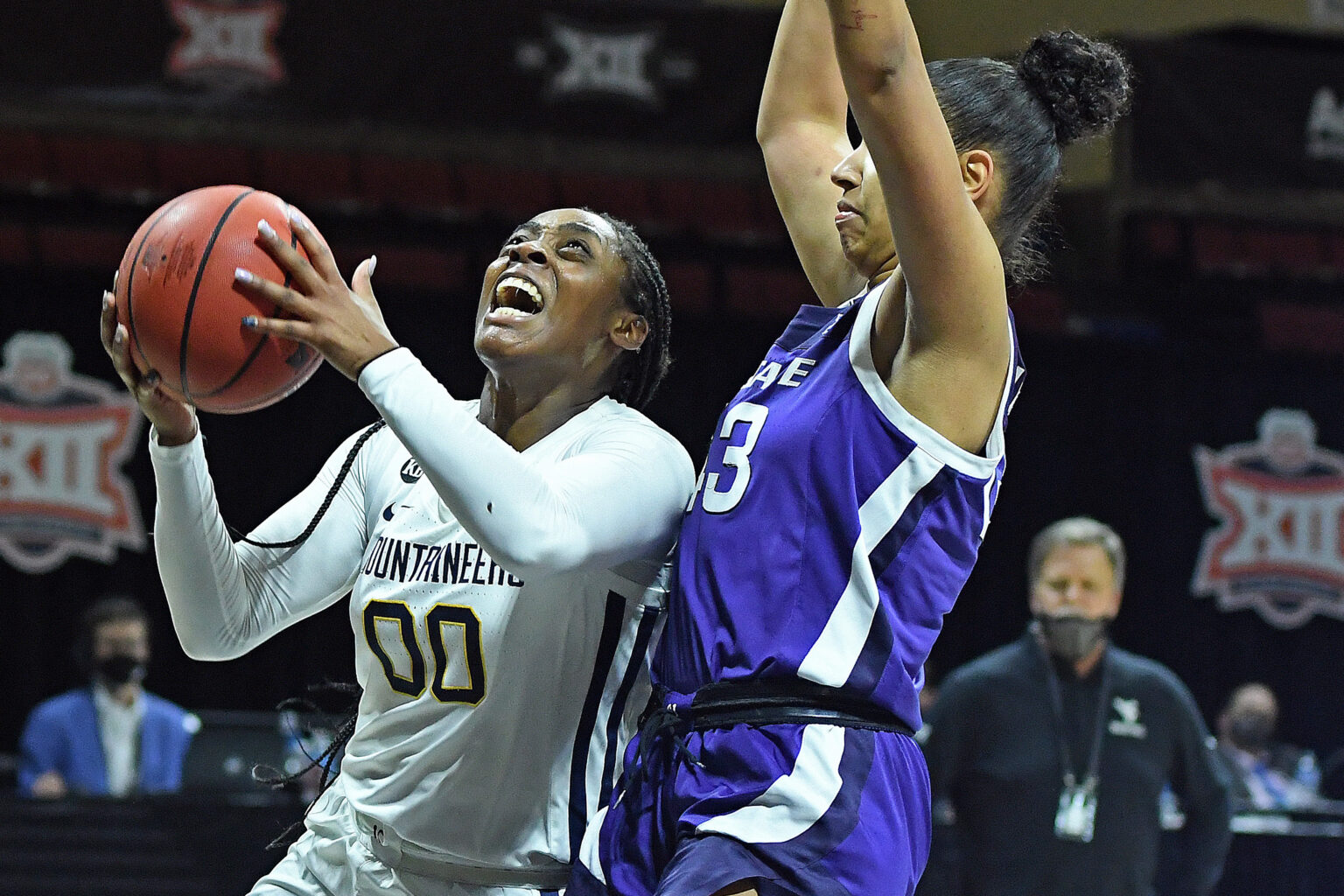 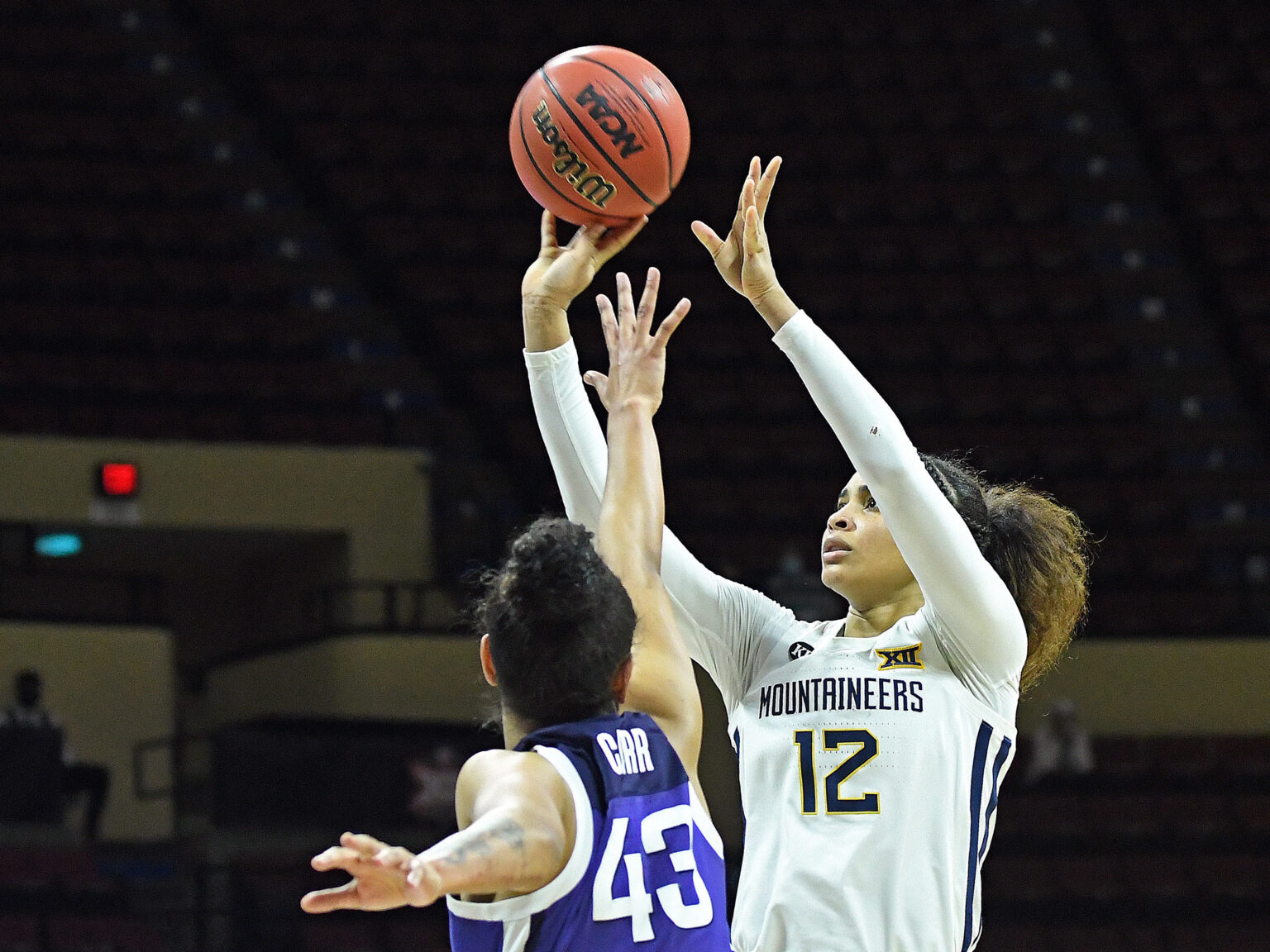 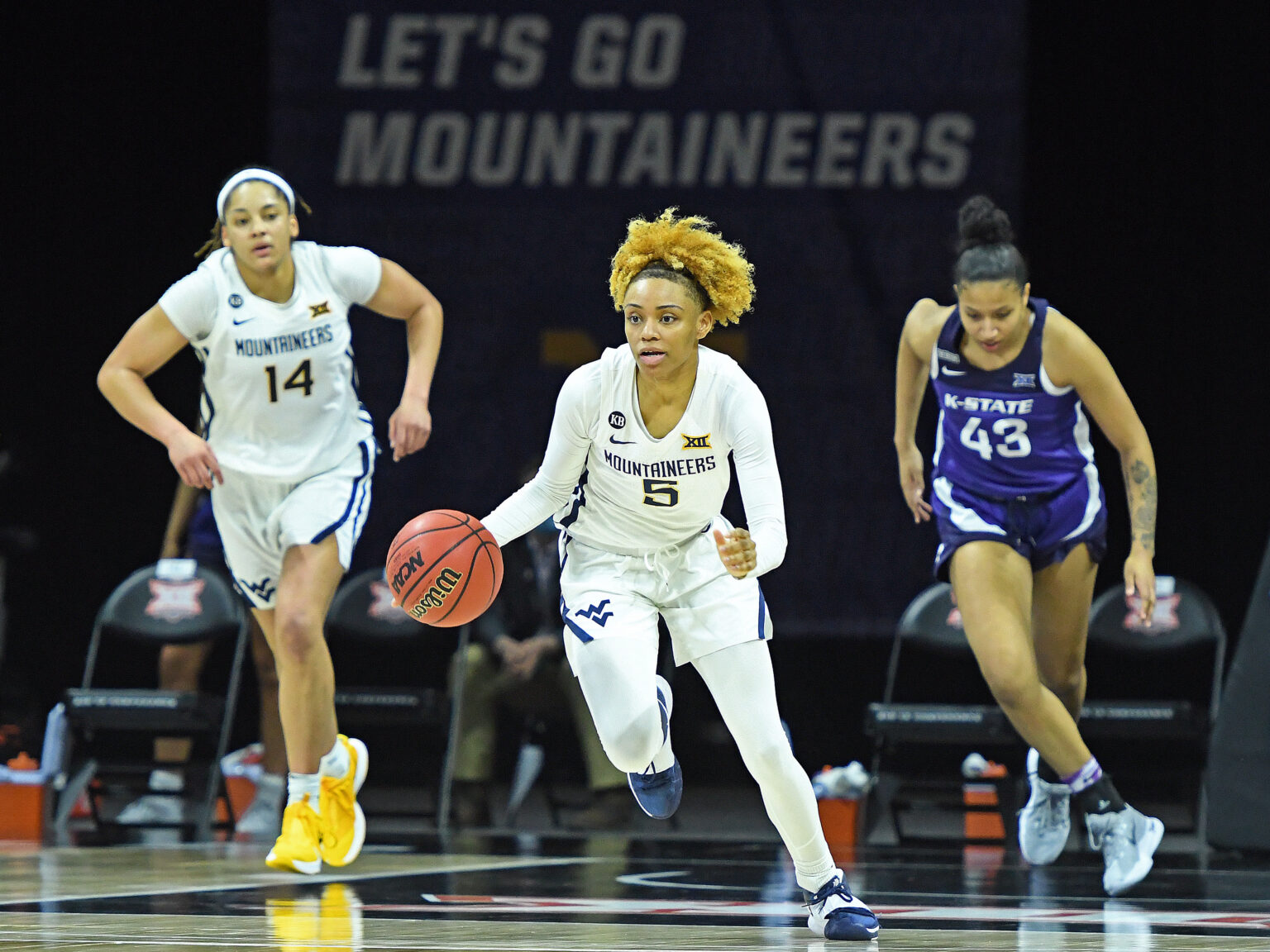 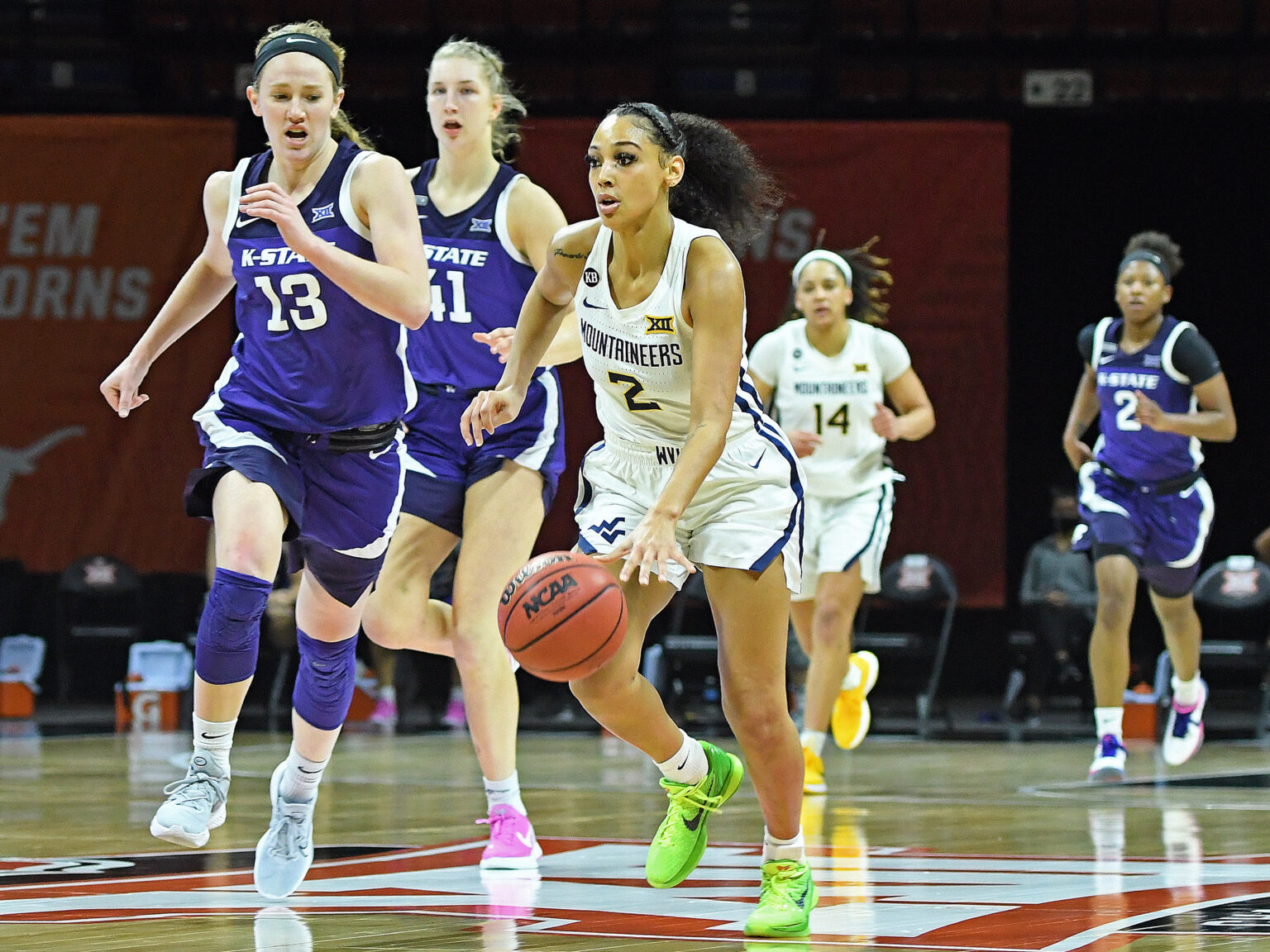 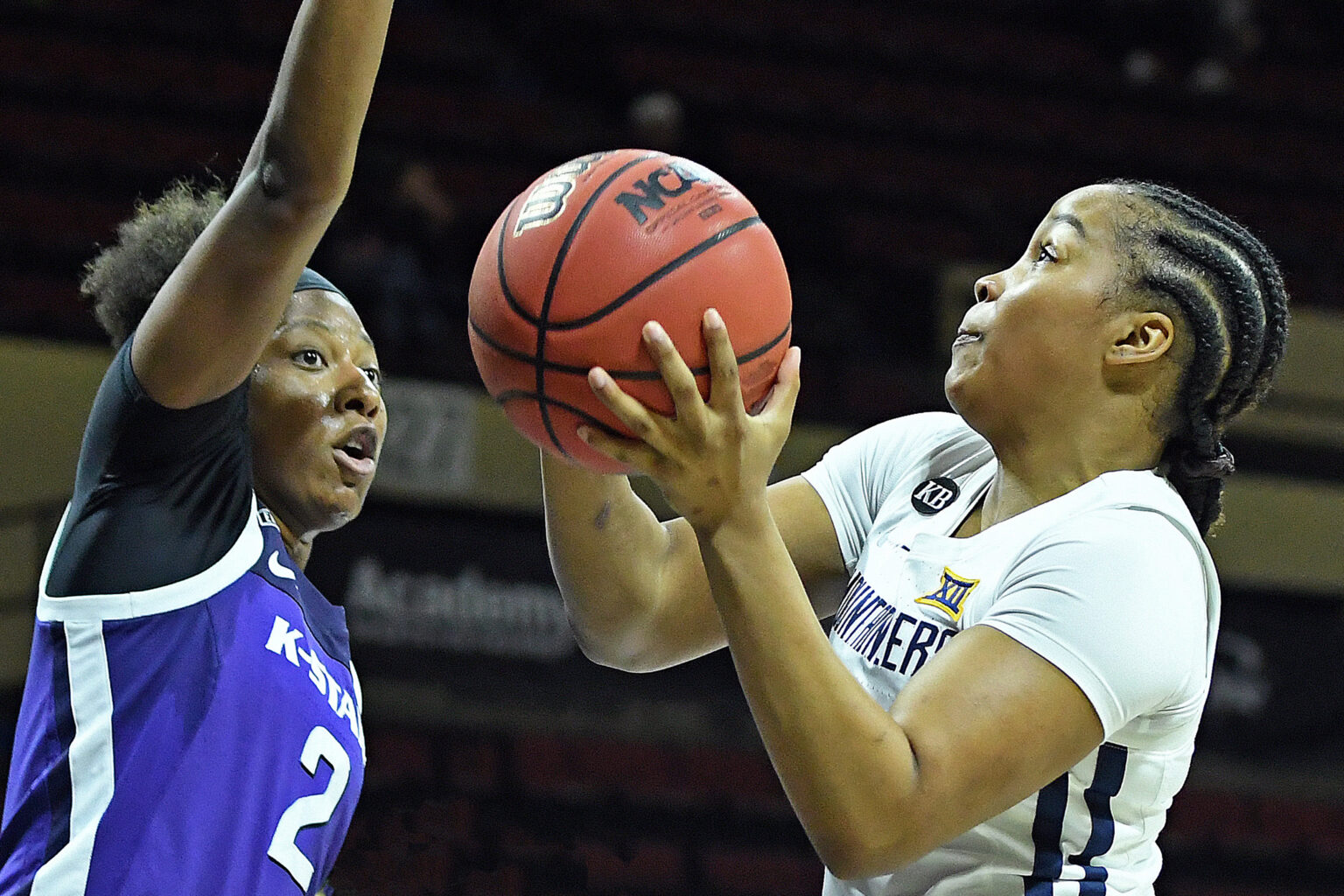 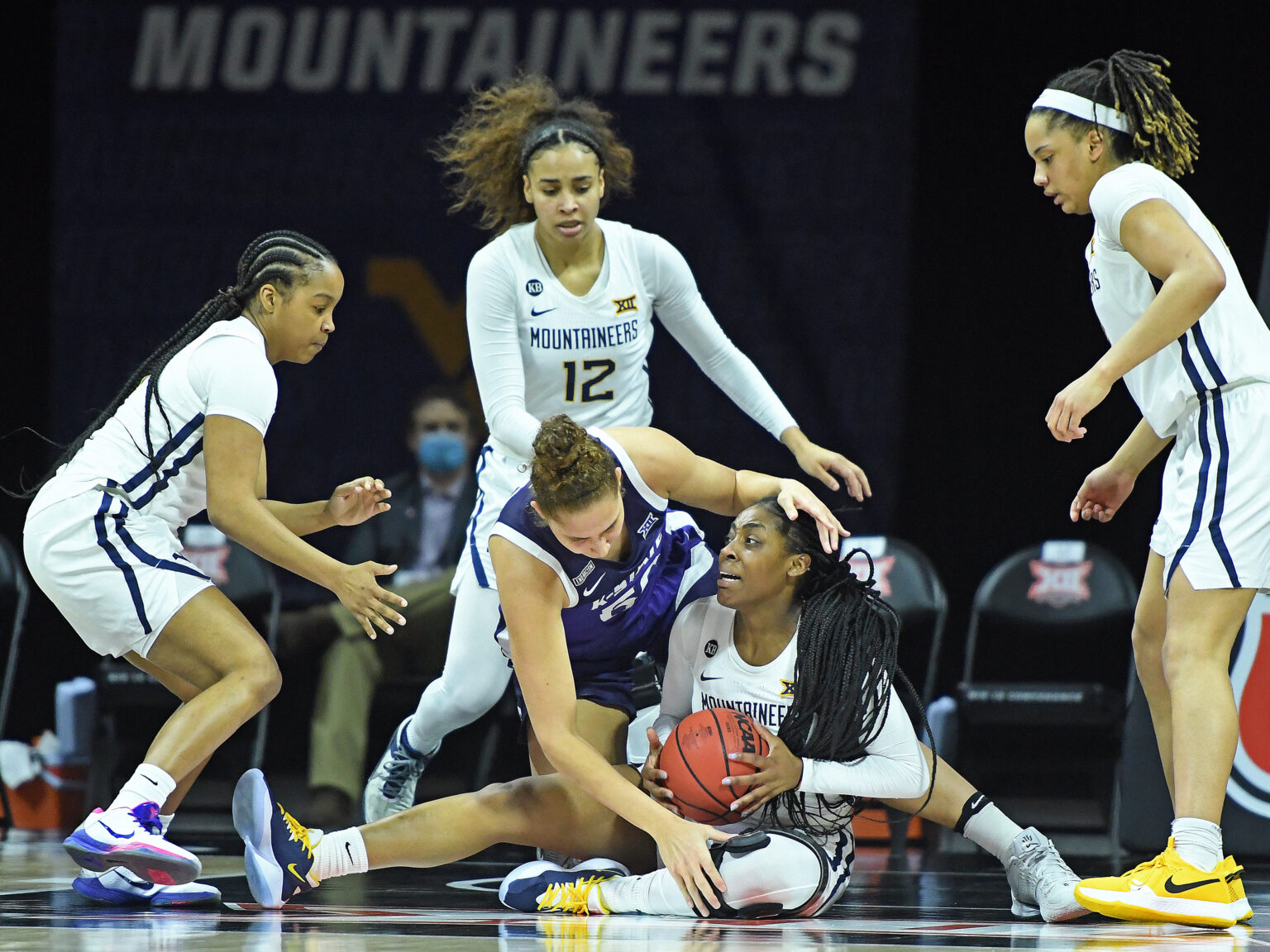 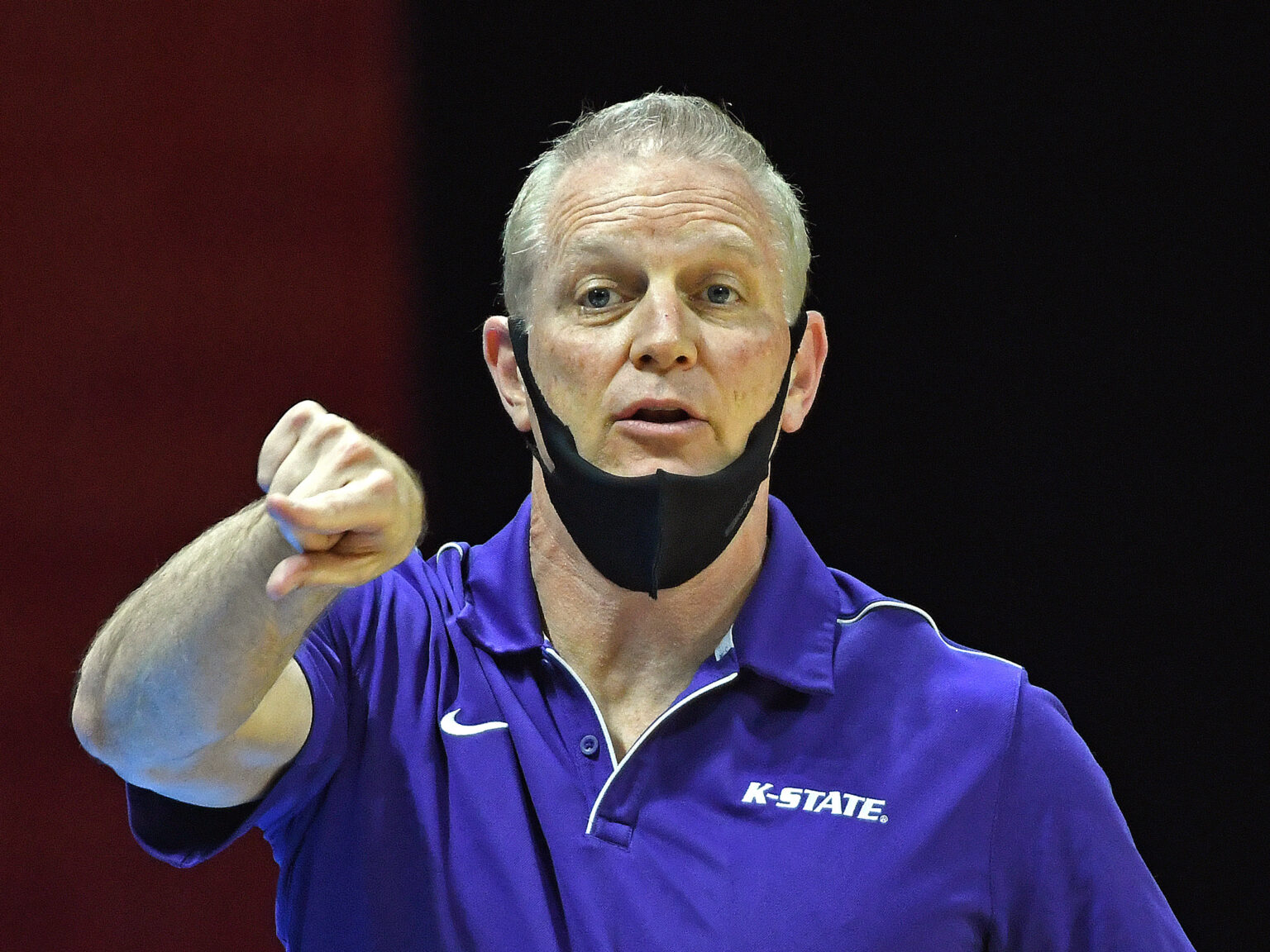 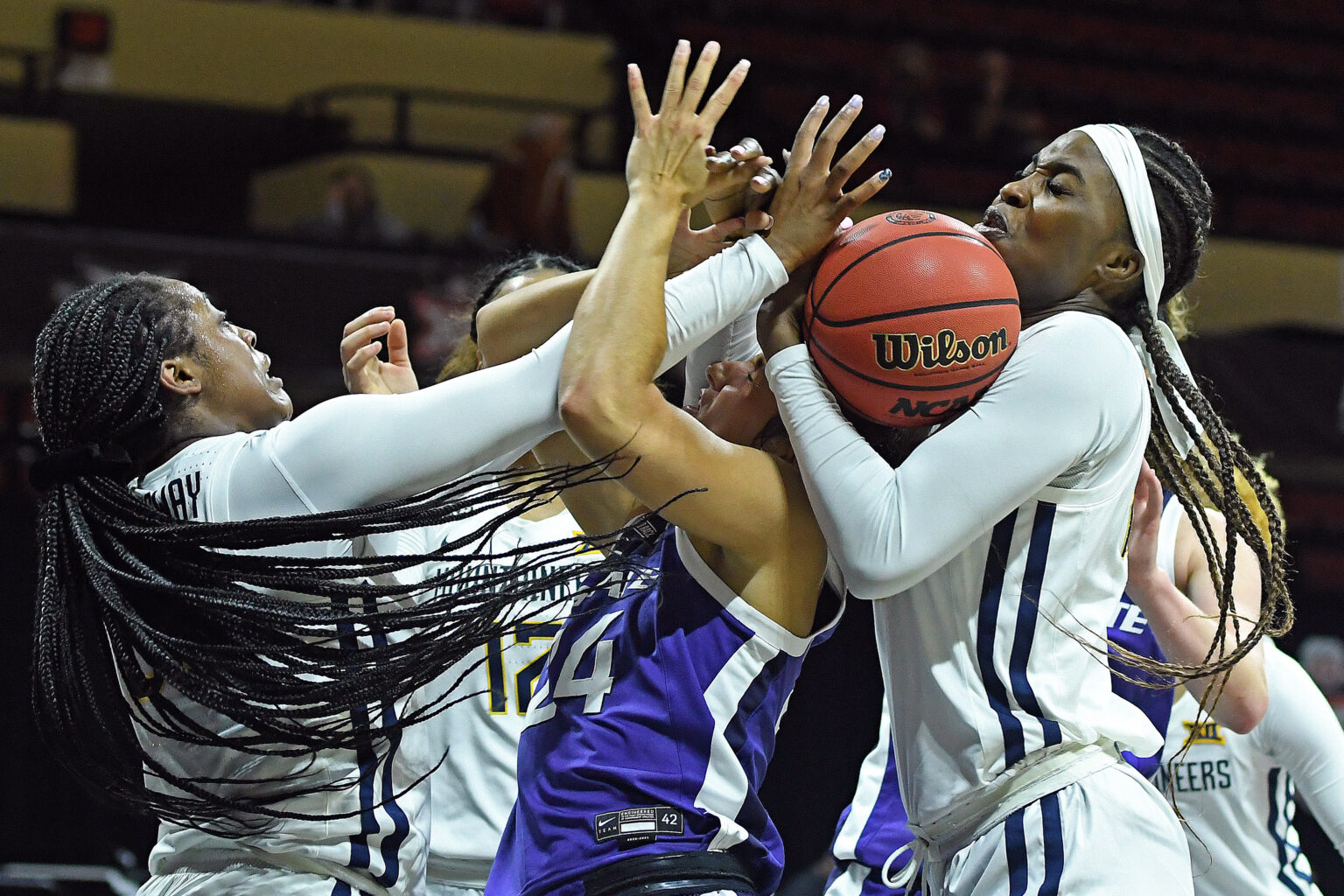 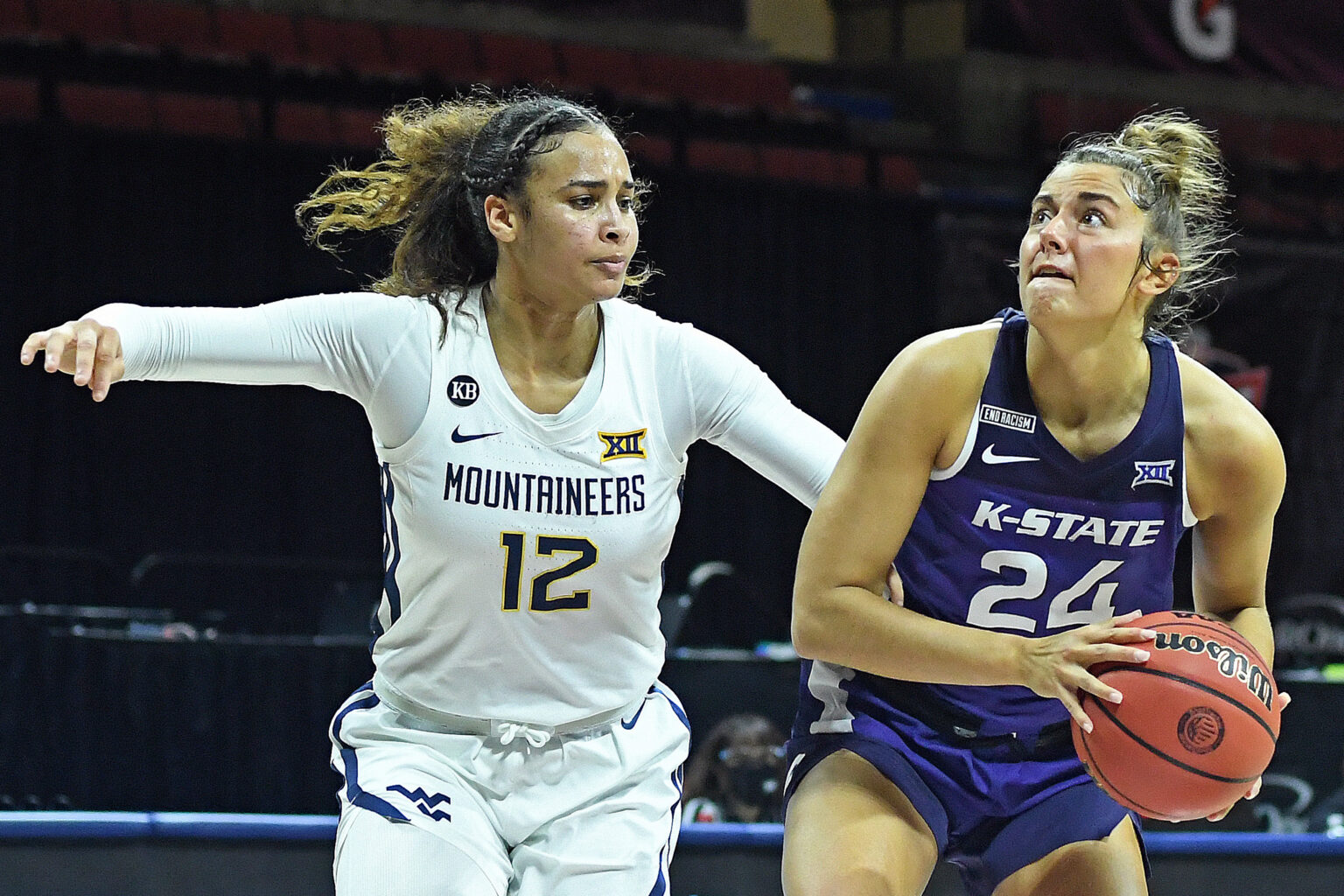 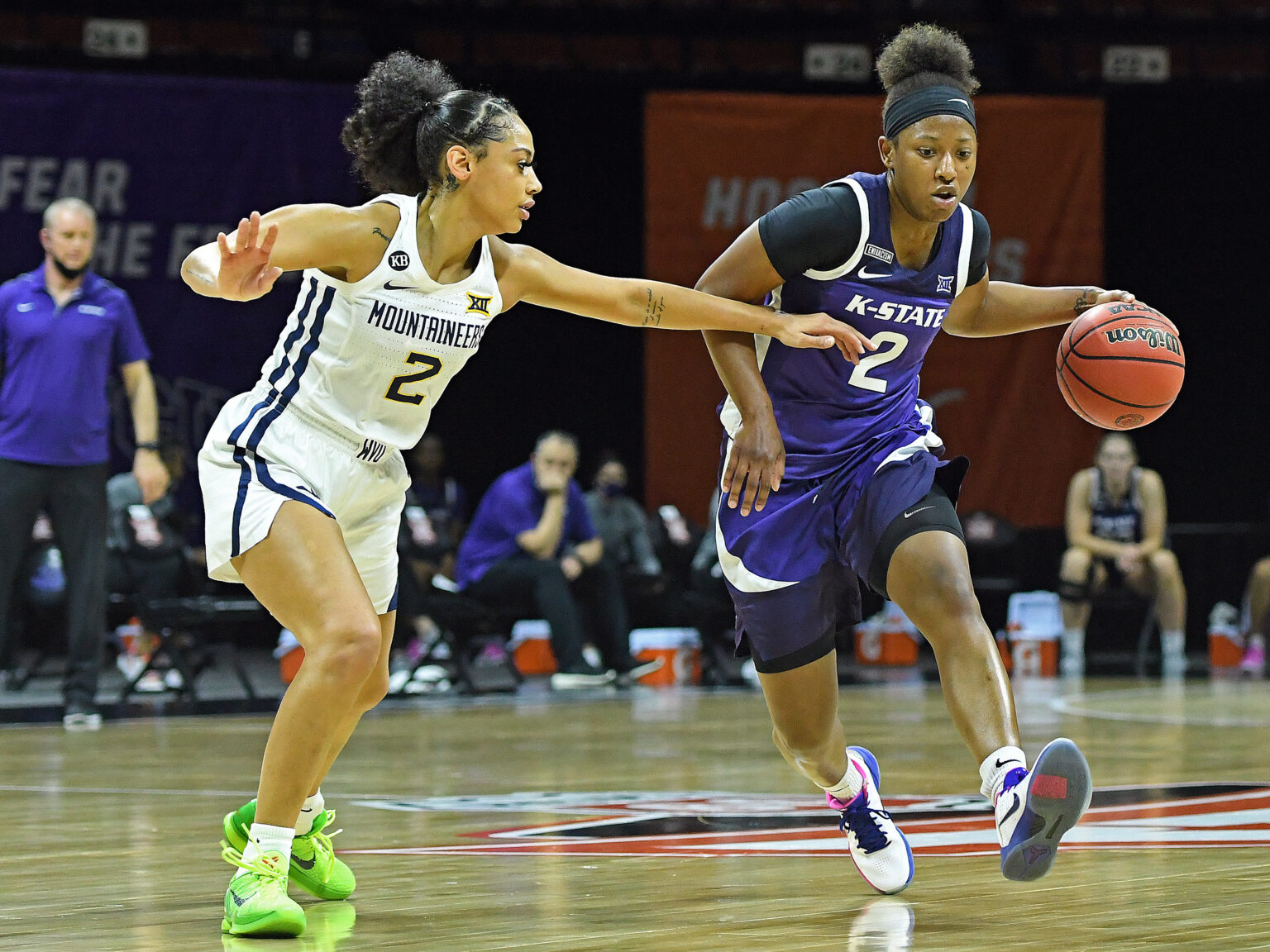 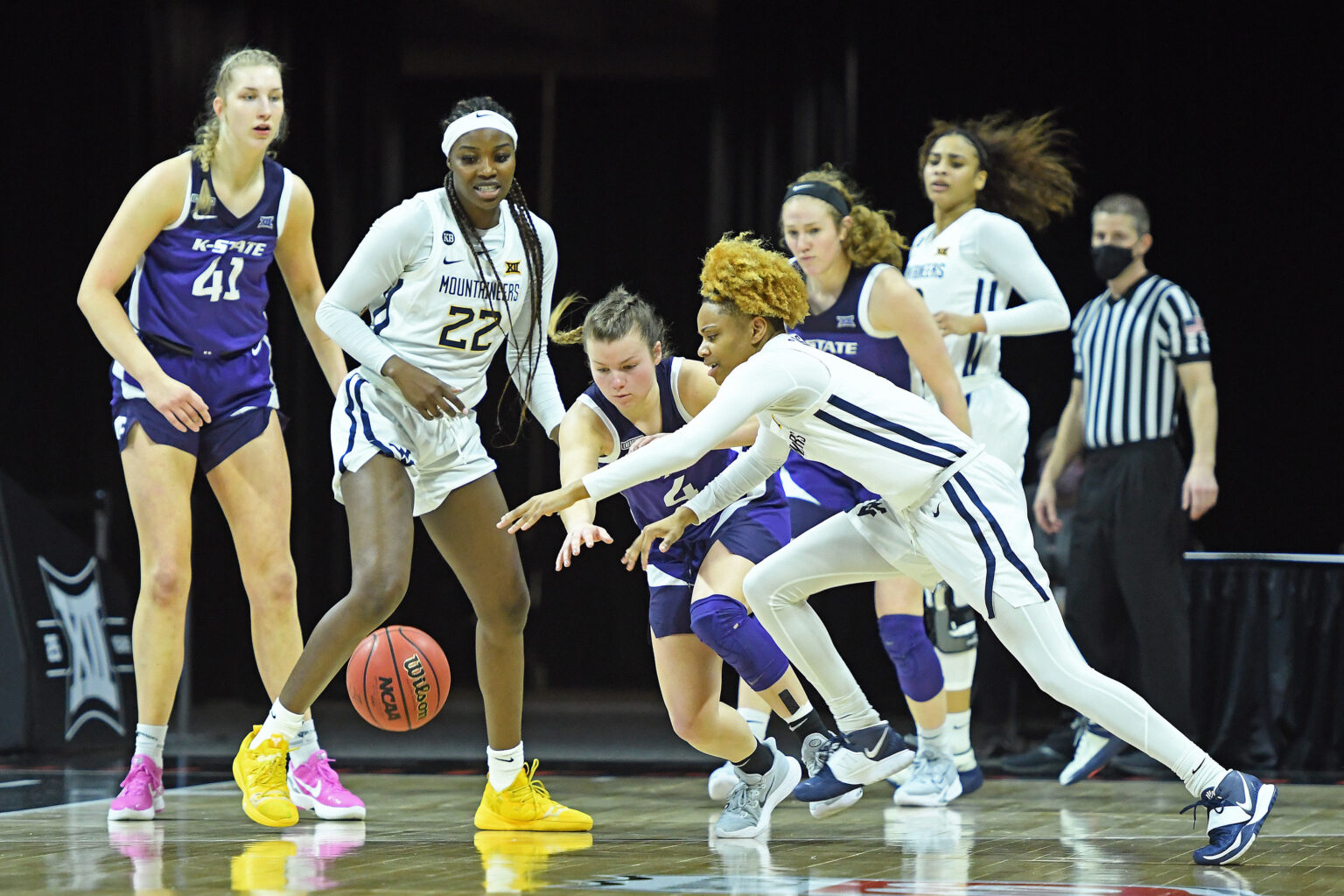 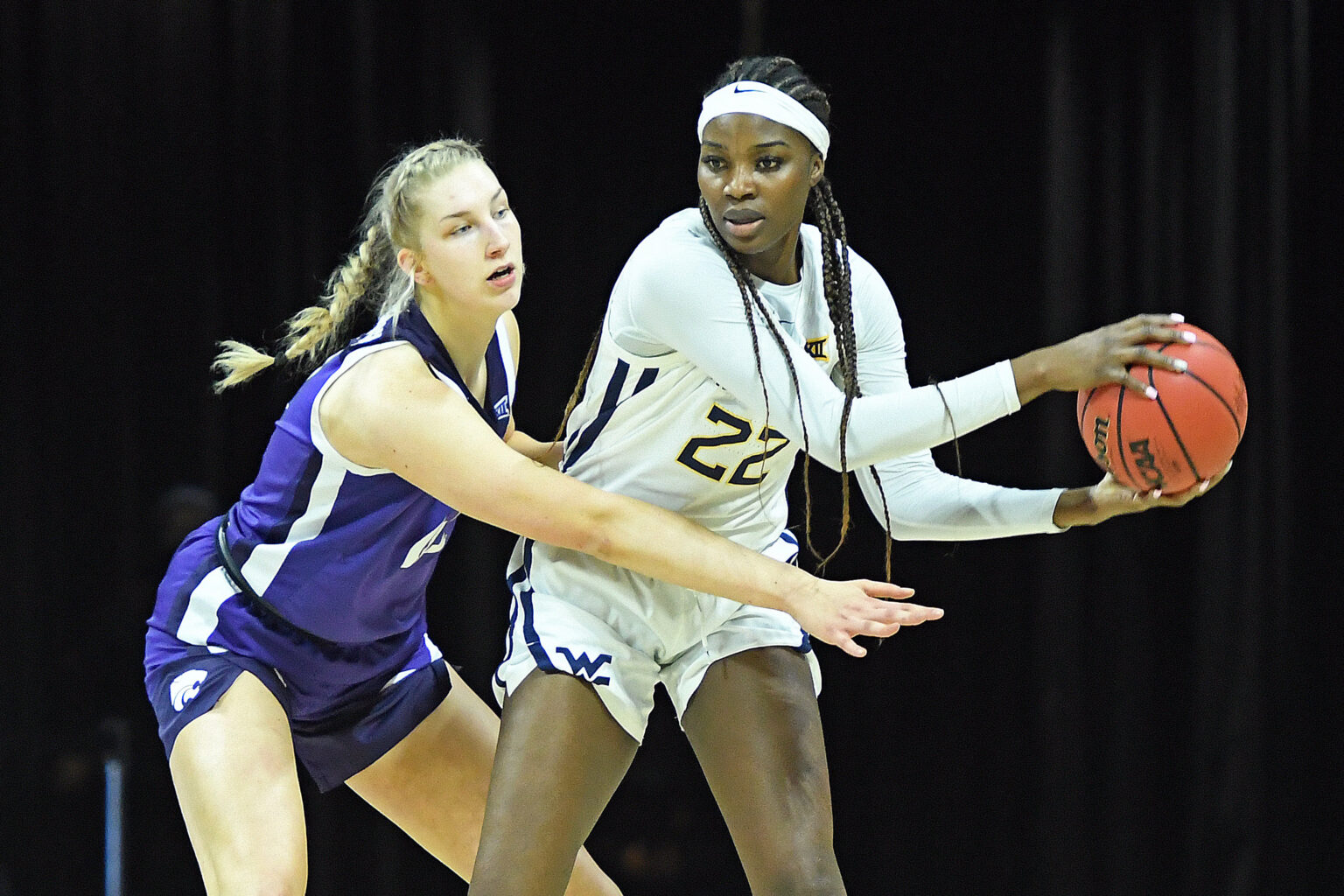 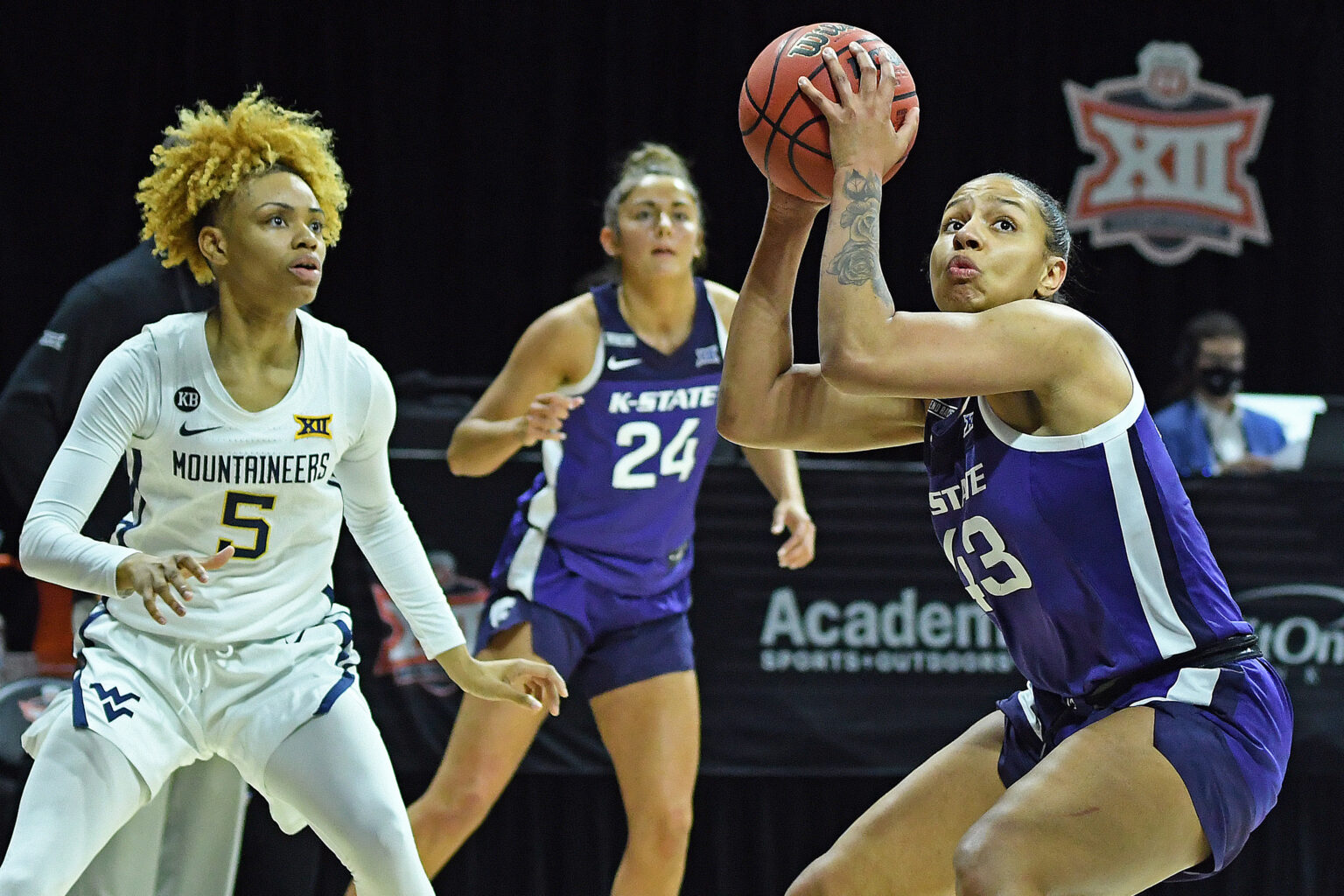 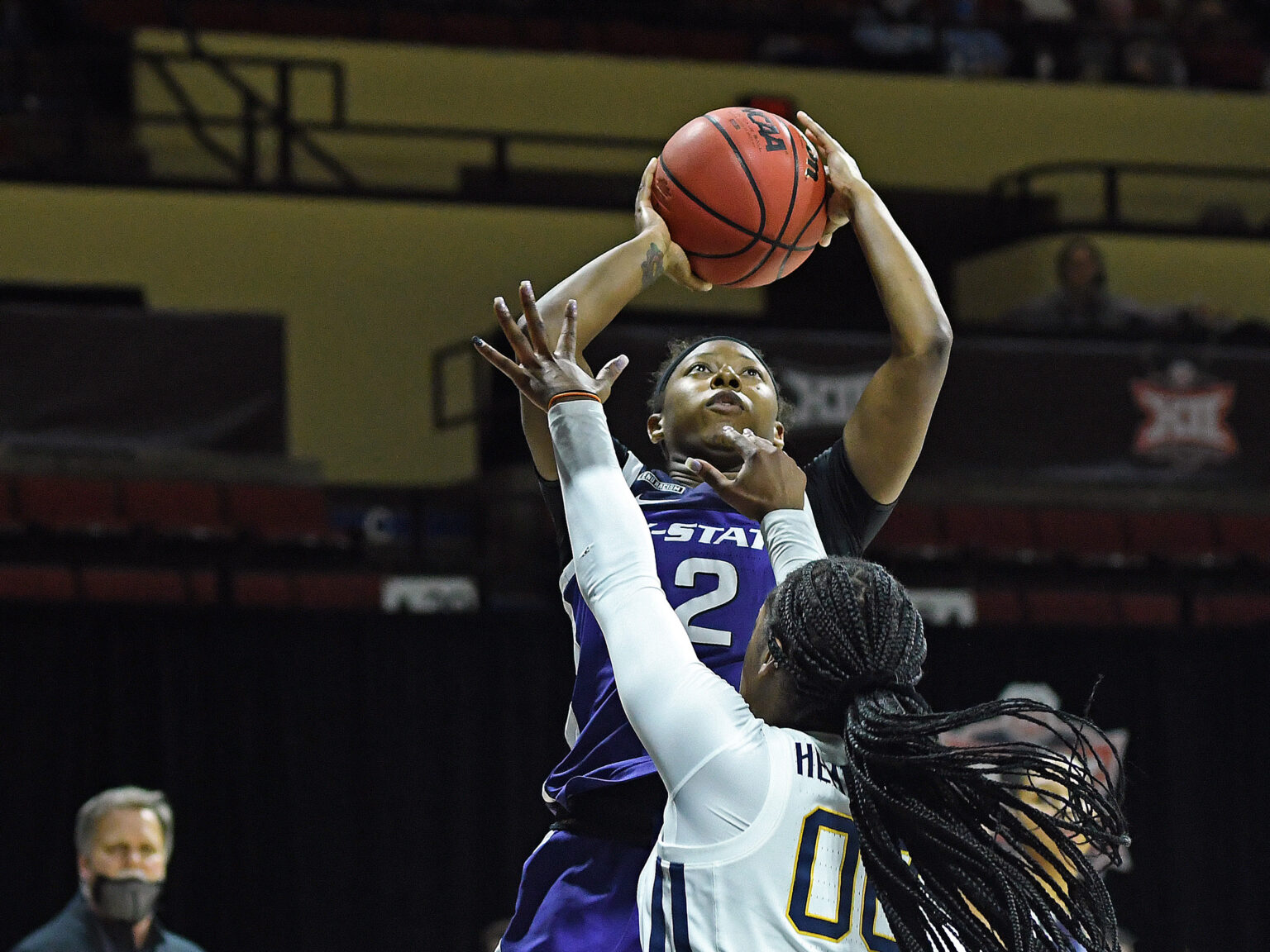 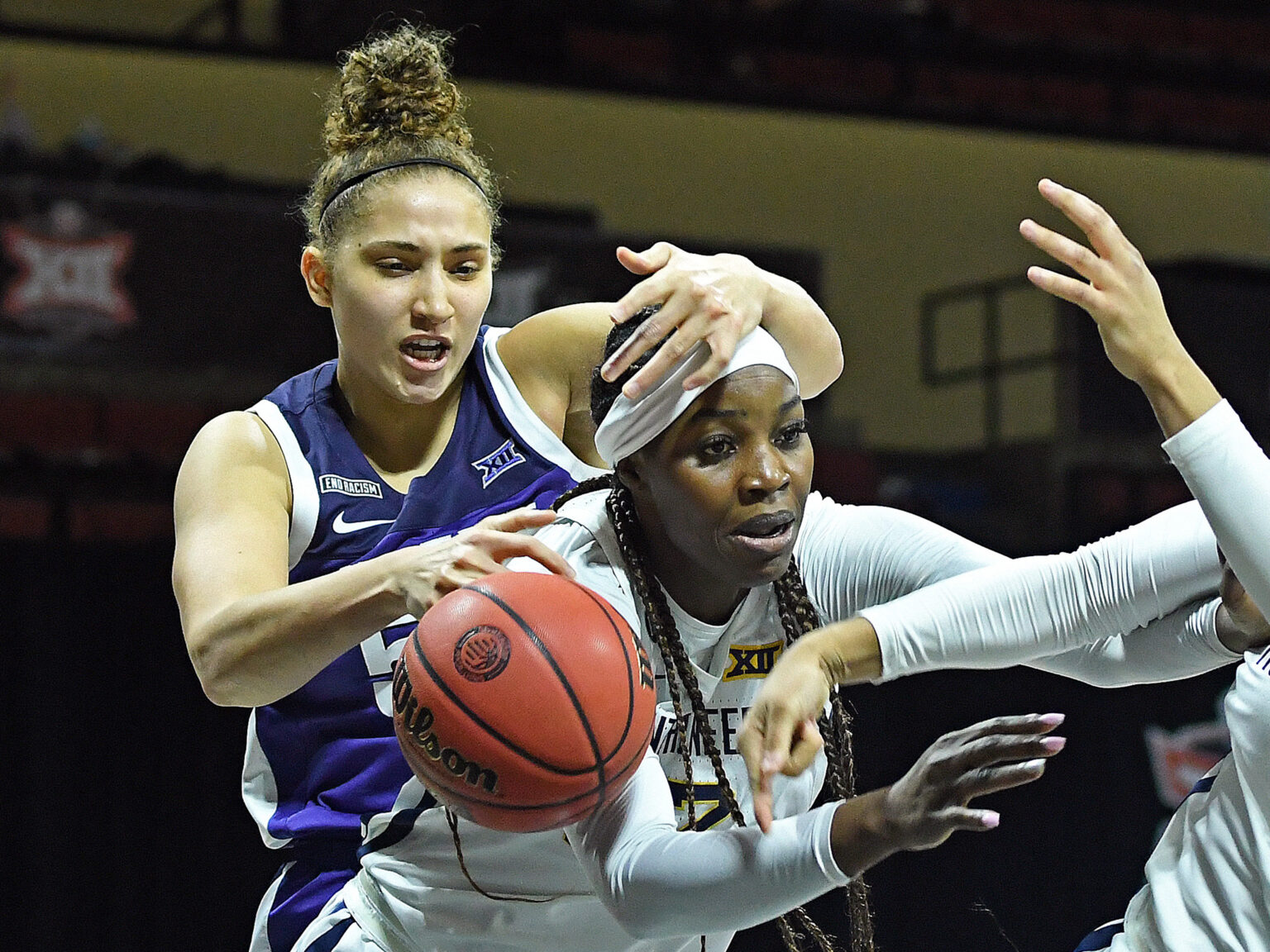 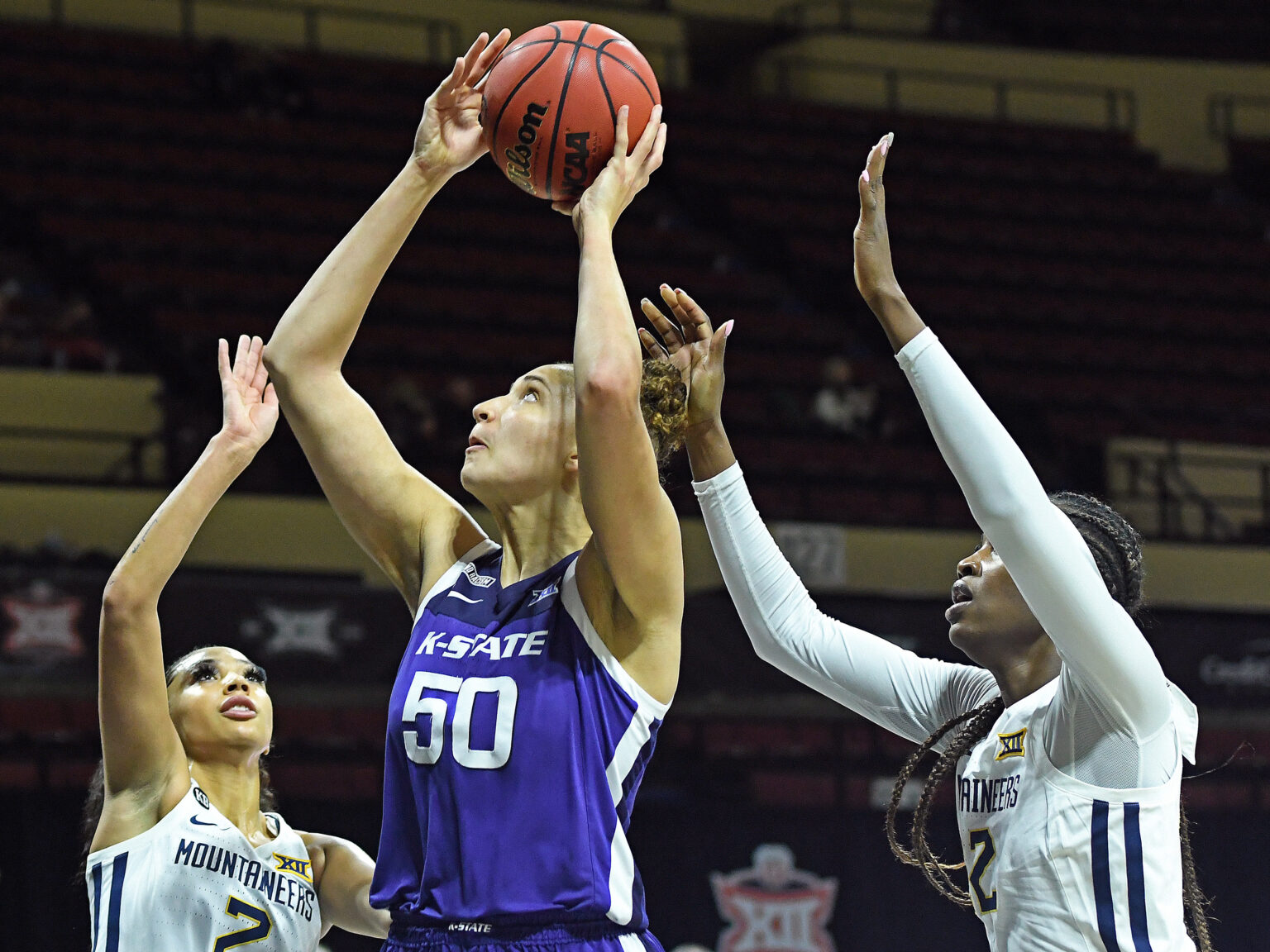 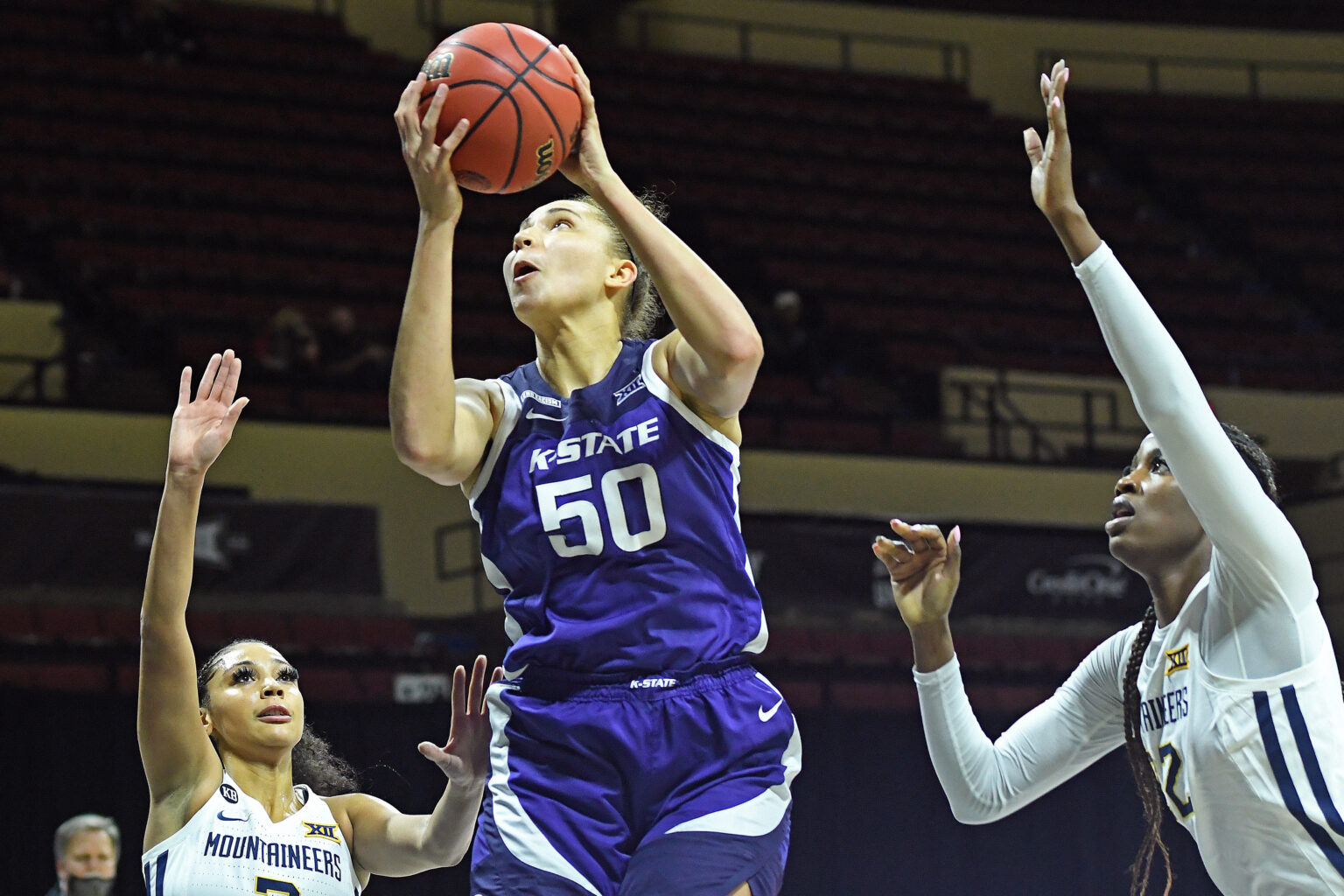 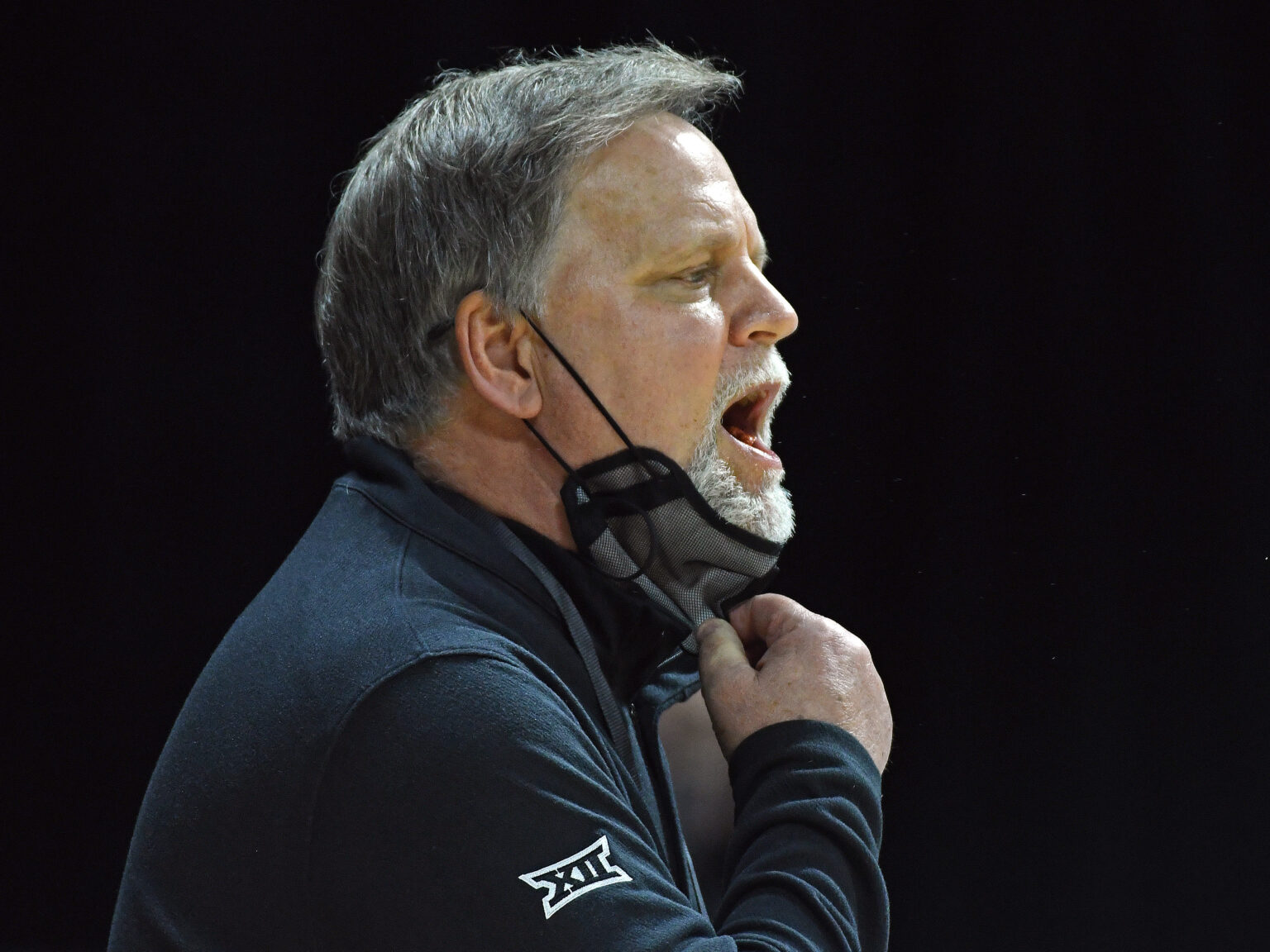 Just when it looked as though West Virginia would be one and done in the Big 12 Tournament, Mike Carey’s team came through with a magical Mountaineer minute against Kansas State.

KK Deans converted a buzzer-beating layup off a steal to cap a 10-1 run over the final 55 seconds, allowing the second-seeded Mountaineers to edge the Wildcats 58-56 at Municipal Auditorium in Kansas City.

The win was West Virginia’s third of the season over No. 10 seed K-State. It sends the Mountaineers to a Big 12 semifinal Saturday at 4 p.m. against No. 3 Oklahoma State, which beat Oklahoma in overtime later Friday, 89-80.

With Blessing Ejiofor guarding the inbound pass, the Mountaineers forced K-State’s Emilee Ebert to throw a lob pass that Deans intercepted, before racing the length of the court to score just before time expired.

“We put Blessing in with five seconds left just to get height on the player inbounding the ball and it did affect her,” Carey said.

Deans would have never had a game winner were it not for West Virginia (20-5) staging a furious rally just before. Kysre Gondrezick’s three-pointer with 55 seconds remaining cut the Mountaineers’ deficit to 55-51. Christianna Carr split two free throws for KSU, before Deans converted a layup to make it 56-53 with 35 seconds left.

Utilizing a fullcourt trap, WVU was able to force two jump balls in a span of 3 seconds — the second of which gave the ball back to the Mountaineers.

Gondrezick’s three-point attempt to tie the game was off the mark, but Deans rebounded it and raced out to the perimeter to take care of matters herself, sinking a triple that tied the contest at 56 with 19 seconds left.

“Our mindset is to be physical for 40 (minutes) and that’s what we predicate ourselves on,” Gondrezick said.

West Virginia led 13-3 less than three minutes into the game, but managed only three field goals the remainder of the first half.

A Gondrezick three-pointer with 9:01 left in the half gave the Mountaineers a 20-14 lead, but marked their final field goal until the third quarter, allowing the Wildcats (9-18) to take a 27-22 lead into halftime.

Kansas State maintained that advantage throughout the third quarter and built it to 39-32 after Carr and Ayoka Lee accounted for consecutive baskets.

But the Mountaineers made four field goals over the final 1:21 of the third quarter, creating an 8-2 run that allowed them to enter the final frame trailing 41-40.

“We just kept ourselves in the game and it’s March — the craziest things happen at this time,” Gondrezick said.

After being out-rebounded 27-12 in the opening half, WVU won the rebounding battle in the second half, 23-16.

“I can’t tell you what I said, but I addressed rebounding and a lot of other stuff at halftime,” Carey said. “Some of us were trying to leak out and we can’t win that way if we keep leaking out.”

Gondrezick led all players with 26 points, while Deans finished with 11.