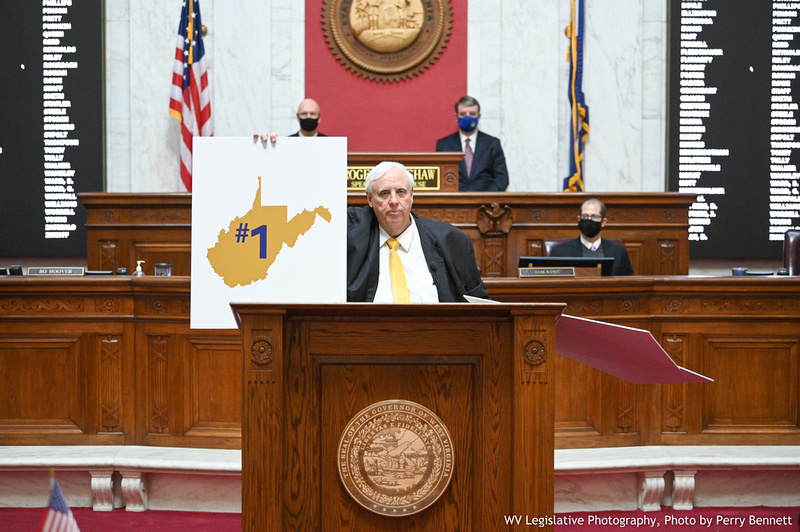 More business groups have come out against the governor’s big tax plan.

The West Virginia Bankers put out a call to members to tell legislators they’re in opposition. And West Virginia’s National Federation of Independent Business group put out a statement titled, “Current Plan to Eliminate the WV Income Tax Needs Work.”

Those groups join the West Virginia Chamber of Commerce, which sent a letter to legislators today saying 90 percent of responding members say they’re against the plan.

“The directive from our membership is clear – oppose the plan as it has currently been submitted,” the Chamber wrote. One Chamber member answering the survey described this proposal as, “one of the most reckless, unfair and job-killing pieces of legislation ever conceived.”

“While our members like the idea of eliminating the state income tax, the devil’s in the details, and, as things stand today, Governor Justice’s won’t help the vast majority of small businesses and could make things worse for many of them,” stated Gil White, the state director of National Federation of Independent Business.

That’s because most small businesses will still be taxed at the current rate. The governor’s plan specifically excludes pass-through entities such as S corporations and sole proprietorships. Most small businesses are organized as pass-through entities, meaning the income passes through the business to the owner, who pays taxes at the individual rate.

Members of NFIB are also concerned about the proposal to raise West Virginia’s sales tax from 6 percent to 7.9 percent while also expanding the sales tax to include services such as accounting and advertising.

“Raising the sales tax would drive up the cost of doing business in West Virginia and nudge people who live along the border to shop in Kentucky, Ohio, Virginia, Pennsylvania, or Maryland,” White said.

“Besides, expanding the sales tax to include professional services would create additional paperwork and costs for those businesses, putting them at a further disadvantage.”

The West Virginia Bankers Association today expressed similar concerns. The association asked members to reach out to legislators to preserve existing tax exemptions for professional services “and go back to the drawing board on tax reform.”

“The Governors proposal will have a profoundly negative impact on the economy in West Virginia and on the banking industry specifically,” the association stated in a newsletter. “This legislation will drive consumers out of West Virginia across state lines and significantly increase the cost of doing business for banks who employ professional services daily.”

Justice has been expecting this kind of pushback and isn’t happy about it.

“You’re going to see an orchestrated effort by those out there that are probably thinking penny-wise and pound poor,” Justice said near the beginning of Thursday night’s town hall event to promote the tax plan. “They’re good people. But they’re thinking selfishly to tell you the truth.”

When asked about the tradeoffs, Justice has consistently touted the possibility of population growth from the income tax cut. And that will provide more customers for businesses, he said.

The Chamber of Commerce letter sent out today noted that in 2017 Governor Justice proposed a number of similar tax increases when facing an anticipated budget shortfall. When pitching his plan the governor stated, “If you don’t do this, you’re dead. You’re dead beyond belief.”

The Legislature did not approve the plan that year, met a tight budget and has been doing so in the years since.

The governor on Monday blasted the Chamber of Commerce, which has long been an ally.