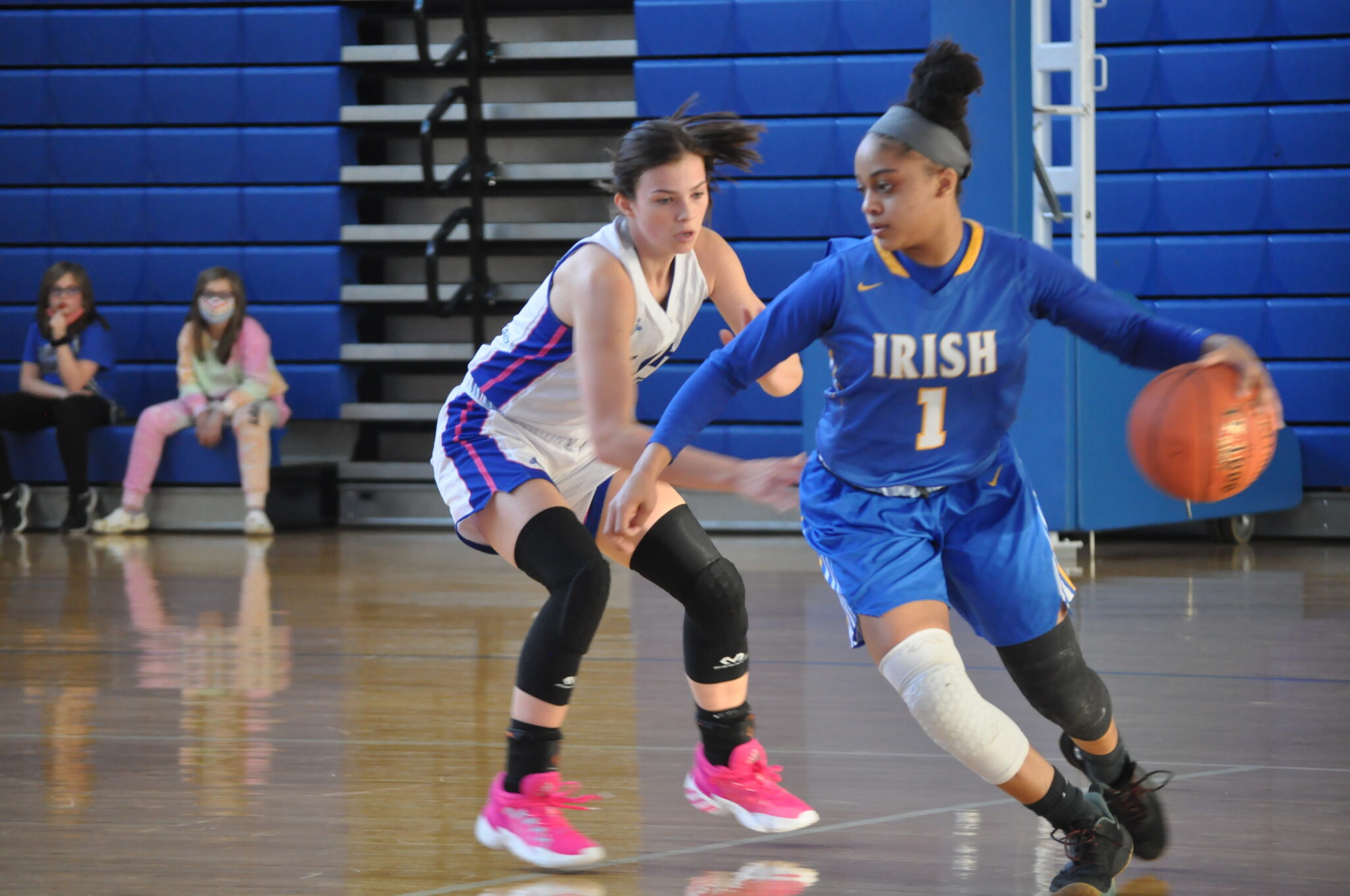 FAIRMONT, W.Va. — A dominant stretch spanning 8-plus minutes of the first and second quarters allowed Fairmont Senior to turn a four-point deficit into a 19-point lead, which made all the difference in the Polar Bears’ 72-59 victory over Saint Joseph Central on Monday.

The Polar Bears (11-0) relied on their trademark defensive pressure to cause problems for the Irish, who fell behind thanks in large part to 14 first-half turnovers.

“We did play fairly good defense and great defense when we had to,” Polar Bears’ coach Corey Hines said. “It’s hard to keep that the whole game, but that’s one of our goals.”

Out of a timeout, fortunes began to change for FSHS, which got consecutive three-pointers from Reagan Blasher and Emily Starn to lead for good. Laynie Beresford added a triple for the final points of the opening frame to give the Polar Bears an 18-14 lead ahead of the second quarter.

“We made shots. I’m very proud of the ball movement,” Hines said. “That’s one thing that we always stress in practice.”

After making five threes in the first quarter, Fairmont Senior picked up where it left off in the second with Blasher and Marley Washenitz connecting beyond the arc to start a 15-0 run to open the quarter. Washenitz added a second triple during the surge that stretched the advantage to 33-14, before the Irish rediscovered their offense to cut the deficit to 38-23 at halftime.

“We talked at halftime about the pace that they had kind of put on us,” Irish coach Shannon Lewis said. “We hadn’t seen that hectic of a pace this year. We have a freshman point guard (Lacee Smith) and she got rattled and had some turnovers, along with some of our upperclassmen.”

The Polar Bears appeared set to break the game open after yet another three in the third quarter — this one from Meredith Maier that upped their lead to 45-26.

However, Saint Joseph responded with its best stretch of the contest, scoring 12 straight points to get as close as the Irish had been since a 21-14 deficit early in the second quarter. The third-quarter surge included seven points from Damon, a Makayla Smith three and Julia Preservati’s layup.

“Amya obviously is our offensive threat and she stepped up,” Lewis said. “I felt like in the second half, our intensity was there. We went man. I was talked into some zone against them and they made nine threes in the first half. I just said at halftime, we have to get up and get on them and not allowing them to get that. The third quarter was a pretty good quarter for us defensively.”

Maier added two threes in the closing stages of the third to give the Polar Bears a 51-42 lead entering the fourth.

Saint Joseph would get no closer and FSHS essentially put the game out of reach early in the fourth, getting four straight points from Maier and a Beresford follow-up to stretch its lead back to 15.

The Irish, who have only seven players, never got the deficit inside 11 the rest of the way.

“They hit some big shots in the fourth quarter and some tough ones that I felt we contested a little bit,” Lewis said. “We could’ve done a little better job, but I’m proud.”

Maier’s 19 points and 14 rebounds led the way in the win.

“She’s a beast. She’s tough. She plays hard on both ends,” Hines said.

Washenitz added 15 points, while Beresford and Starn scored 13 apiece. Blasher scored eight off the bench and hit two of the team’s 13 triples.

The Irish had only five second-half turnovers and shot 50 percent (24-of-48) from the field.