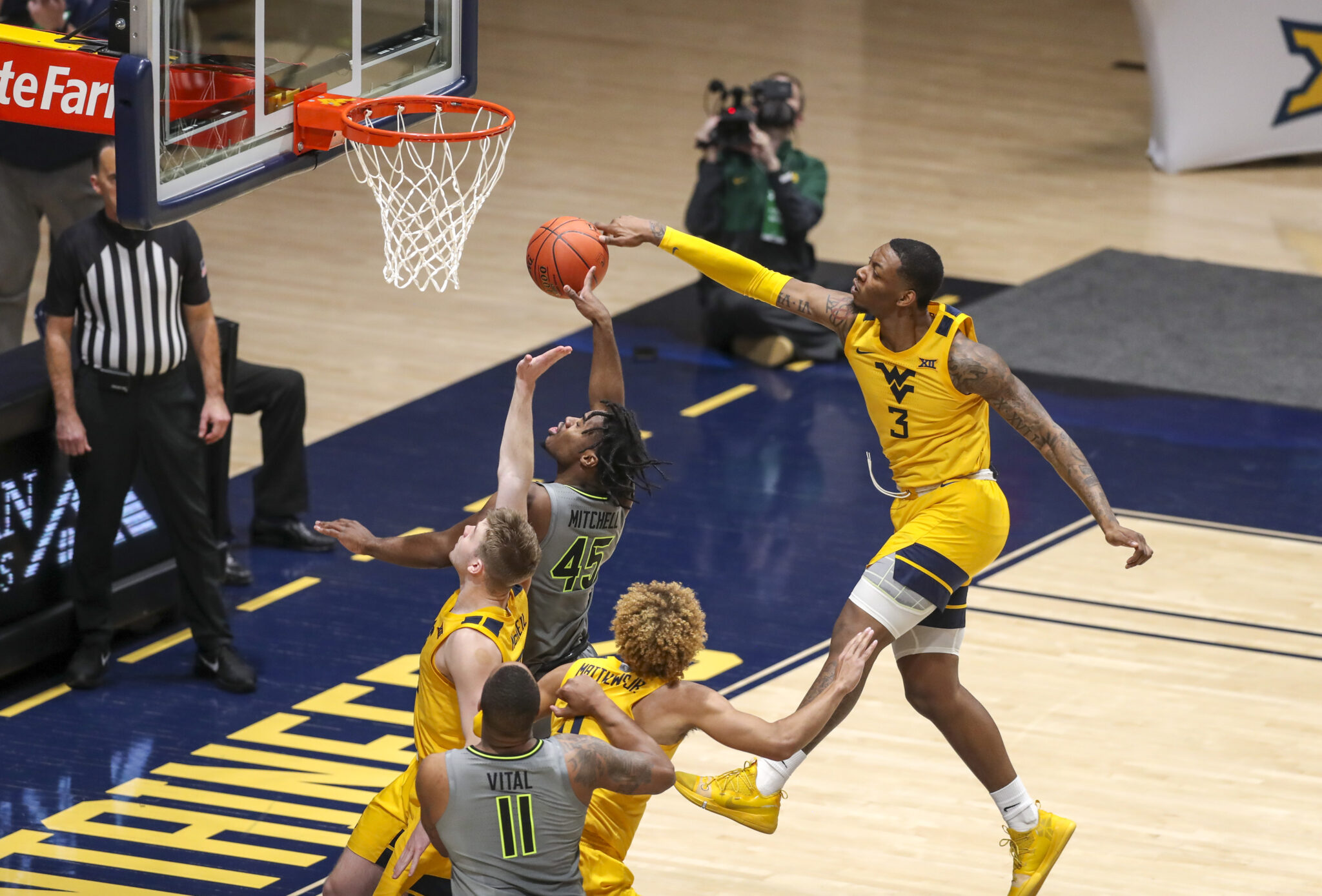 West Virginia forward Gabe Osabuohien is returning to the Mountaineers to use his final year of eligibility.

Osabuohien, a senior, announced Tuesday evening his intention to take advantage of the NCAA’s rule that grants athletes a free year of eligibility during the covid pandemic.

“First off, I did lose my senior night. I can’t go out like that,” Osabuohien said. “And just the way we went out in the tournament, it’s unfinished business. We have a whole year to come back, get better, add more pieces that we need and work with the pieces we have now and do something special. Unfinished business, so I’m coming back for sure.”

While Osabuohien averaged only 1.7 points, he was perhaps the team’s top defender and one of its better rebounders. In his second season at West Virginia, the Arkansas transfer earned All-Big 12 Conference defensive team honors.

“It’s hard for most people to appreciate everything he does,” WVU coach Bob Huggins said moments after this year’s season-ending loss to Syracuse. “He keeps balls alive for us and he stops penetration. We’ve had a hard time all year staying in front of our man and Gabe really does a great job stopping penetration. He’s the key to our defense and he’s our last resort. We’re not near as good of a basketball team without him.”

Among players who finished the season with WVU, Osabuohien was second in rebounding at 4.4 per game. He was also second on the team with 41 steals.