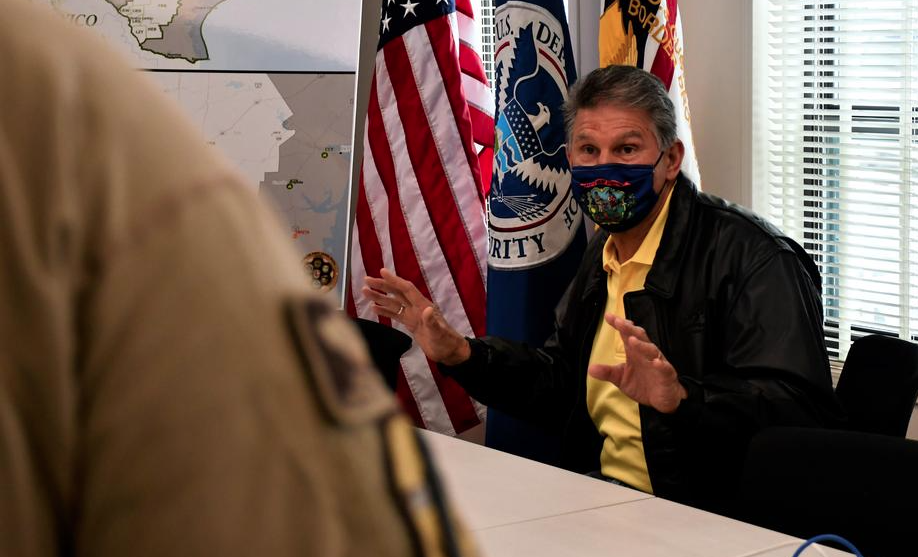 CHARLESTON, W.Va. — U.S. Sen. Joe Manchin, D-W.Va., is calling on Congress to address the rise in migrants entering the country, saying he would back a measure including a pathway to citizenship for some immigrants and enhancements to border security.

“It’s beyond time, past time, to do immigration reform,” Manchin said Thursday.

Manchin’s comments came after touring the U.S.-Mexico border with Rep. Henry Cuellar, D-Texas, near Laredo, Texas, one of the nation’s top ports for international trade. Manchin and Cuellar met with city officials and Border Patrol agents, as well as spoke with migrant families about entering the United States.

“This has been a human crisis for a long, long time,” Manchin said. “I remember back in the ’80s, Ronald Reagan was talking about how he was going to take care of immigration. It started back then — the dialogue — and it continued ever since.”

U.S. Customs and Border Protection has reported an increase in migrants entering the country at the border with Mexico. Manchin and Cuellar heard from migrants about the criminal factors and exploitation affecting immigration.

“Everyone knows the rules. The criminal element knows the rules better than I think most of us in America know. They pray on that. That’s their livelihood,” Manchin said. “They’re praying on human suffering, which should be intolerable to all of us.”

Manchin said the United States should offer asylum protection for people in need and a pathway to citizenship for some individuals, including young immigrants brought to the country illegally as children.

“They might have come here the wrong way, but they came here for the right reason,” he said. “We have children that came here that have no other home but America.”

“Something has to be done, and it has to be expedited,” Manchin added.

The Senate passed a sweeping immigration bill in 2013, which included a 13-year pathway to citizenship for immigrants living in the country illegally, additional border security and a mandate forcing employers to use a workplace verification system. The House of Representatives never considered the proposal.

“All of those things need to be done to have a country such as ours,” he said.

Manchin, a conservative Democrat, is considered a key vote in a split Senate. Cuellar, a bipartisan voice in the House of Representatives, recognizes Manchin’s possible influence in drafting legislation.

“When it’s 50-50, he plays a very important role, and that’s why I am glad he is here,” the representative said.

Republicans have blamed the Biden administration for the recent increase, citing the president’s decisions rescinding many Trump-era immigration policies as influencing factors. Manchin and Cuellar argued migration trends cannot be tied to one administration, with Cuellar noting a peak of 11,861 border encounters in May 2019 compared to 9,457 encounters this February.

“A lot of people thought the wall would solve a lot of problems. Well, a wall doesn’t solve all the problems and never was intended to,” Manchin said, referencing the former president’s key campaign promise.

News
Focus groups on schools focus on teacher retention, student achievement and more
The presidents of the teachers unions discussed the findings from the focus groups during a Wednesday press conference.
By Brad McElhinny
News
Senate passes bill to ban TikTok on state devices
Governor's bill gains unanimous approval.
By MetroNews Staff
News
Some Regal residents find housing following apartment fire one week ago
The fire in Charleston displaced about 35 families after the building had be demolished.
By Carrie Hodousek
News
Mountain railroad finally repaired after nearly 40 years
A 15 mile stretch of track from Cass to Durbin destroyed in the 1985 flood is finally restored after years of work
By MetroNews Staff