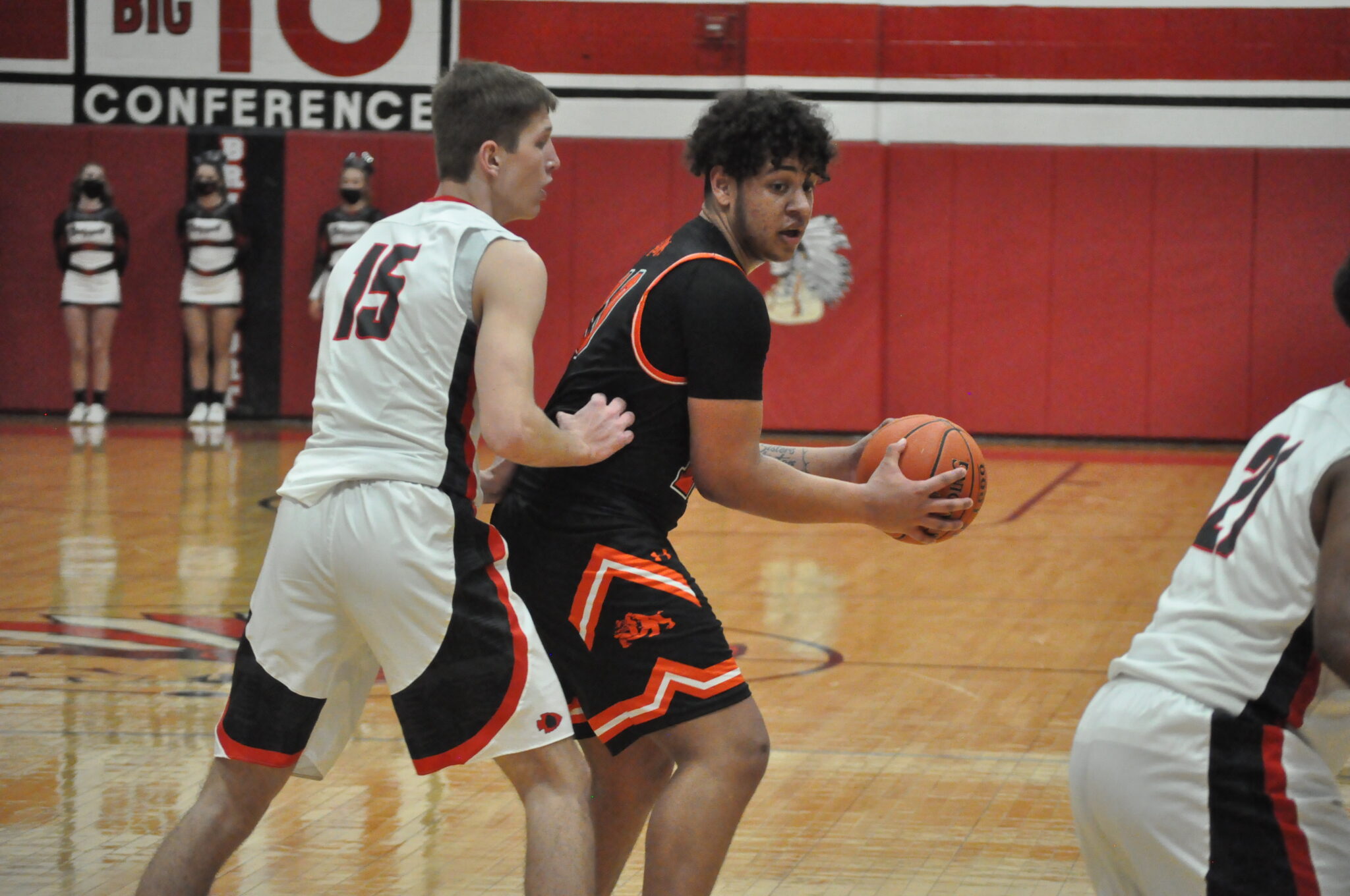 BRIDGEPORT, W.Va. — Playing just its sixth game of the season, Martinsburg showed it has plenty to work on to get to the level it desires ahead of the playoffs.

Yet the Bulldogs also showed what they’re capable of, particularly during the first five minutes of the third quarter when they outscored Bridgeport 17-1 to create separation en route to a 57-48 victory over the Tribe.

“Our defense did a good job and we hit foul shots when we were supposed to,” Martinsburg coach Dave Rogers said. “We had a couple big turnovers that I didn’t appreciate, but that’s part of the game. We need to plauy. Most teams have played 10 or 11 games and we haven’t.”

Martinsburg’s Doryn Smith, who led all players with 17 points, took over the game in the third quarter.

The Bulldogs led 23-21 at the break, before Smith accounted for the first points of the second half on a bucket inside. He scored again from close range moments later to give the Bulldogs (5-1) a 31-22 lead, causing Bridgeport (6-4) to call timeout.

But the break did little to slow down Smith and Martinsburg. Instead, the 6-foot-3 Smith accounted for the next two field goals, before Garrett Staubs connected on a three-pointer and K’Marion Dowe drove in for a layup, allowing MHS to hold a commanding 40-22 advantage.

“We had guys hanging their head because they didn’t make shots, but you’re not going to make those shots unless you get flow,” BHS coach Dave Marshall said. “We didn’t do that and I had some key guys hang their heads and that made it really tough for us. In the third quarter, I had some guys that we really count on and they really just gave up. There’s no other way to say it. When we made some substitutions to get some of those guys some rest, that’s when we made another comeback.”

The Indians went on a 10-3 run to end the third, drawing to within 11 after back-to-back triples from Anthony Spatafore and Jaden Haywood. Still, Smith’s 11 points in the third equaled Bridgeport’s total and helped turn a two-point lead into an 11-point advantage.

“Doryn is a good athlete and he’s a great kid,” Rogers said. “He works so hard and when he plays well, it really shows with our ball club.”

Bridgeport carried that play over into the fourth and got to within 47-40 with 3:35 remaining following two Jack Bifano layups.

But Dowe went 6-for-6 on free throws over the final 39 seconds, helping the Bulldogs claim a road win in a game they played without injured guard Anthony Smith.

Martinsburg built an early 12-3 lead, but Bridgeport got threes from Connor Messe, Mitch Duez, Spatafore and Haywood over the remainder over the opening quarter to hold a 16-15 lead entering the second.

The Indians were held without a point in the second quarter until Spatafore’s three 1:30 before halftime, which cut their deficit to 23-19.

“I thought it really started in the first quarter,” Marshall said. “We battled back, but it repeated itself in the third quarter.”

Martinsburg overcame 19 turnovers in large part by shooting better than 53 percent (22-of-41) from the field. Dowe scored 14 points and Tre Segar had eight points and 11 rebounds in the victory.

“When we pass the ball, we’re much better than when we dribble it,” Rogers said.

Bifano’s 15 points led Bridgeport, while Spatafore made three of the team’s seven threes to score nine in defeat.