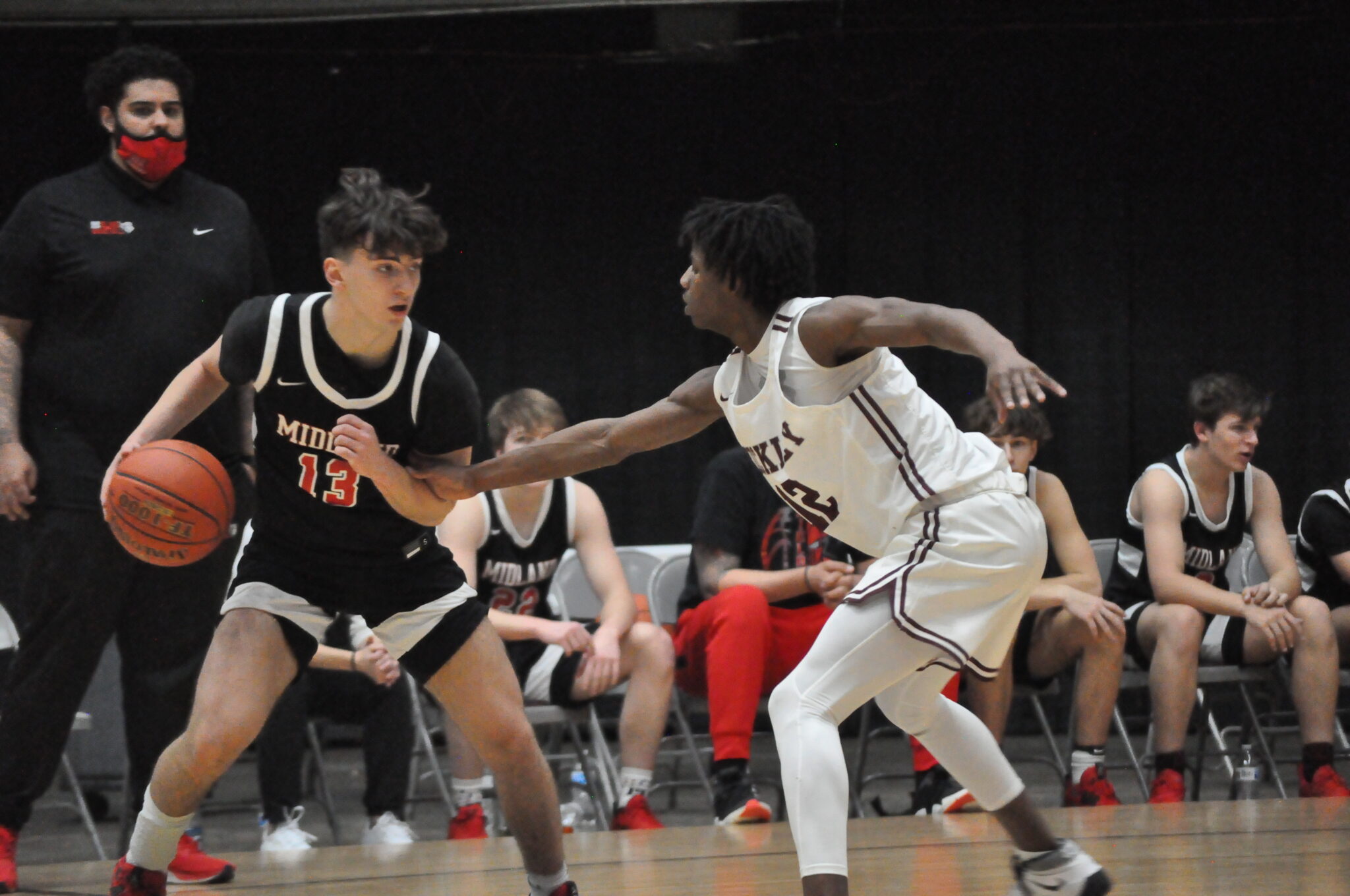 BECKLEY, W.Va. — In a game where Cabell Midland made only 1-of-18 three-pointers, the Knights relied on their defense to lead the way in a 65-51 win over Woodrow Wilson.

It didn’t hurt that the Knights were far more efficient from two-point range, making 20-of-39 attempts and using a strong second quarter to pull away from the Flying Eagles on Friday in the New River CTC Invitational at Beckley-Raleigh County Convention Center.

Until scoring 18 points in the fourth quarter, Beckley had made only 13-of-46 shots.

“We’ve been missing a few guys and we had our full team back tonight,” CMHS coach JJ Martin said. “We really knew we wanted to get after it. We have some athletic guys and we forced the issue on getting stops.”

Although it led for good after Palmer Ruggio’s conventional-three point play made it 7-4, Cabell Midland seized control of the contest in the second quarter.

While holding Woodrow Wilson scoreless for nearly 4 straight minutes, CMHS had five different players score to open up a comfortable advantage and took a 34-18 lead into halftime.

Chandler Schmidt scored six of his game-high 19 points in the third quarter to prevent the Eagles from getting any closer, and the Knights led 49-33 entering the fourth.

“I thought they did a great job listening, executing and slowing it down, but running when we had numbers,” Martin said. “That was a big part of keeping the lead.”

The Eagles used a 6-0 fourth-quarter surge to draw to within 57-46 with following Ben Gilliam’s bucket in the post just inside the 3-minute mark, but the Knights’ defense prevented them from getitng any closer.

In addition to a 47-39 rebounding edge, the Knights outscored the Eagles by nine points at the free throw line.

Cabell Midland’s Dominic Schmidt scored nine of his 15 points at the line, while 6-foot-4 KK Siebert was a force on both ends and finished with 14 points, 12 rebounds and two blocks.

“He’s always been get a guy that can get around the rim, but the speed of KK getting to the rim and coming off the floor is just phenomenal and I think it showed today,” Martin said.

Both Schmidts, Siebert and Jaydyn Johnson combined for 31 rebounds — with all four players recording at least six.

Gilliam led Beckley with 15 points and 16 rebounds, while Dewayne Richardson scored 14 points in the loss.

While the Eagles were exceptional at defending the three-point line, they struggled to shoot from beyond the arc, making 2-of-13 attempts.