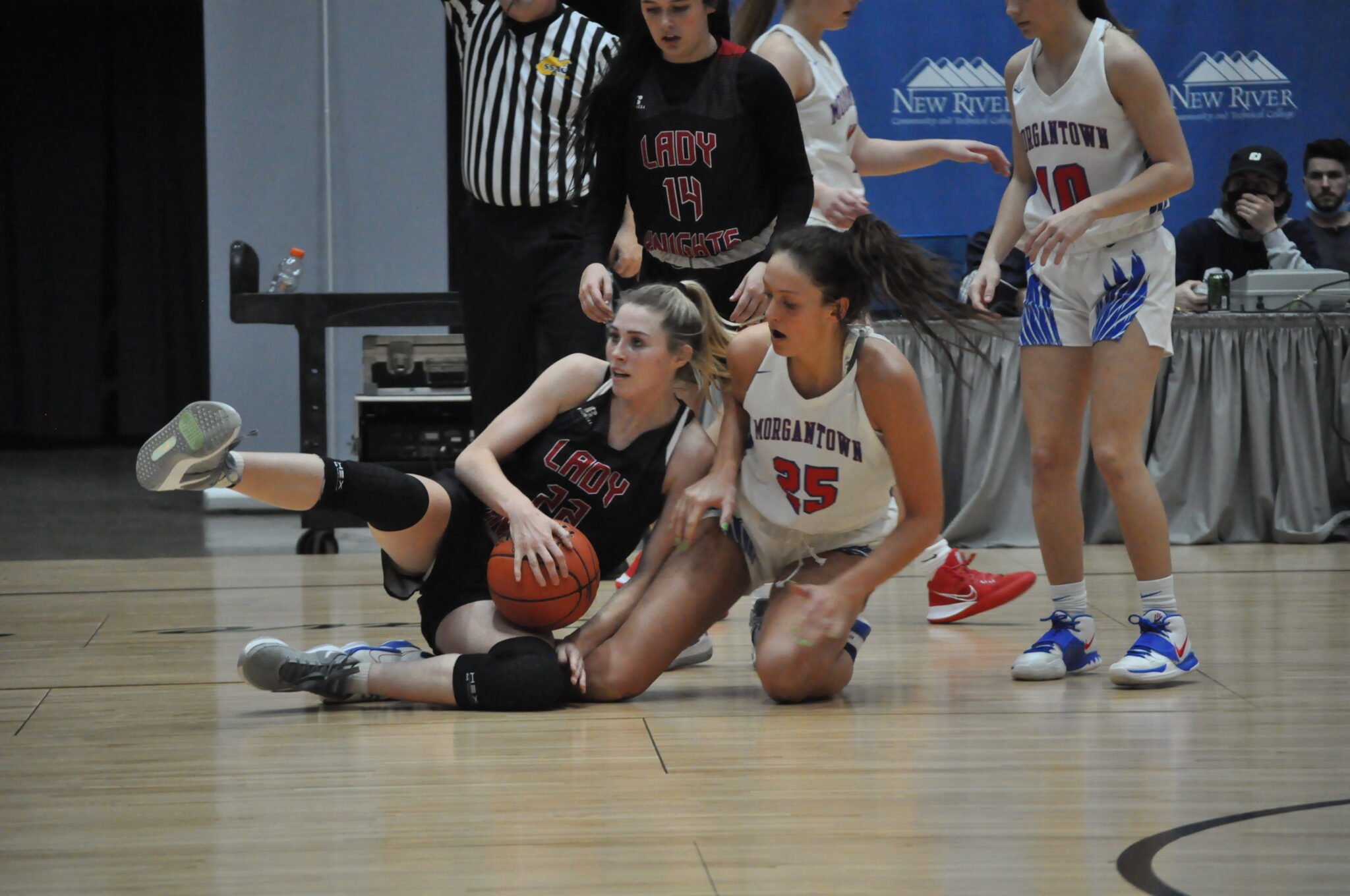 BECKLEY, W.Va. — Clinging to a 40-35 lead over Morgantown to start the fourth quarter, Cabell Midland coach Matt Adkins wanted to see his team remain in attack mode down the stretch.

The Knights did that in precise fashion, executing at a high level down the stretch to pull away from the Mohigans for a 58-44 victory Friday in the New River CTC Invitational at Beckley-Raleigh County Convention Center.

Keyed by Autumn Lewis’ 4-for-4 shooting, the Knights (8-2) made 8-of-9 fourth-quarter field goals to jump from 43 to 52 percent shooting for the game.

“I told our girls between the third and fourth quarters, I thought we were taking too many outside shots that weren’t falling,” Adkins said. “We told the ladies we could get to the middle and we can attack. If we start making those, then they have to respect that and then your outside opens up. I thought that’s what happened in that quarter.”

After Josie Graves and Jazmin Wheeler scored early in the fourth, Lewis took the contest ovver, first making a triple to stretch the Knights’ lead to 47-35 with 6:10 remaining.

Although Kaitlyn Ammons responded with back-to-back baskets for Morgantown (7-2), the Mohigans would get no closer than seven the rest of the way.

Lewis answered Ammons’ field goals with a layup, then countered a Catherine Wassick triple with a leaner to give CMHS a 53-44 lead. She added one more three with 1:45 to play for good measure, which proved to be the game’s final points.

Lewis scored 10 of her 24 points in the fourth quarter, and finished 9-of-12 shooting while making all four of her three-point attempts.

Cabell Midland held a 15-8 lead after one quarter and it was a 22-16 advantage in the second following a Jayda Allie three-pointer. Ammons made 4-of-4 free throws over the remainder of the half to cut the Mohigans’ deficit to 25-22 at halftime.

Although the Knights led for the entirety of the second half, their advantage was anywhere between 1-6 throughout the third quarter.

Wheeler had 14 points and a game-high nine boards, while Allie gave the Knights a third double figurer scorer with 10 points.

Both teams had 11 turnovers, but the Knights won the battle of point off turnovers, 16-10.

Ammons had 20 points and seven rebounds, while Wassick made all four of her shots and scored nine in the loss. The rest of the Mohigans combined to shoot just 6-for-24 against the Knights’ matchup zone.

“Our goal was to not let her beat us,” Adkins said of Ammons. “Twenty (points) is probably under her average. Our biggest thing was we knew we couldn’t go with a man-to-man, because she would’ve went crazy. We had to have that help, so we went with a matchup zone and I think we flustered their guards so they couldn’t get the ball to her as much.”