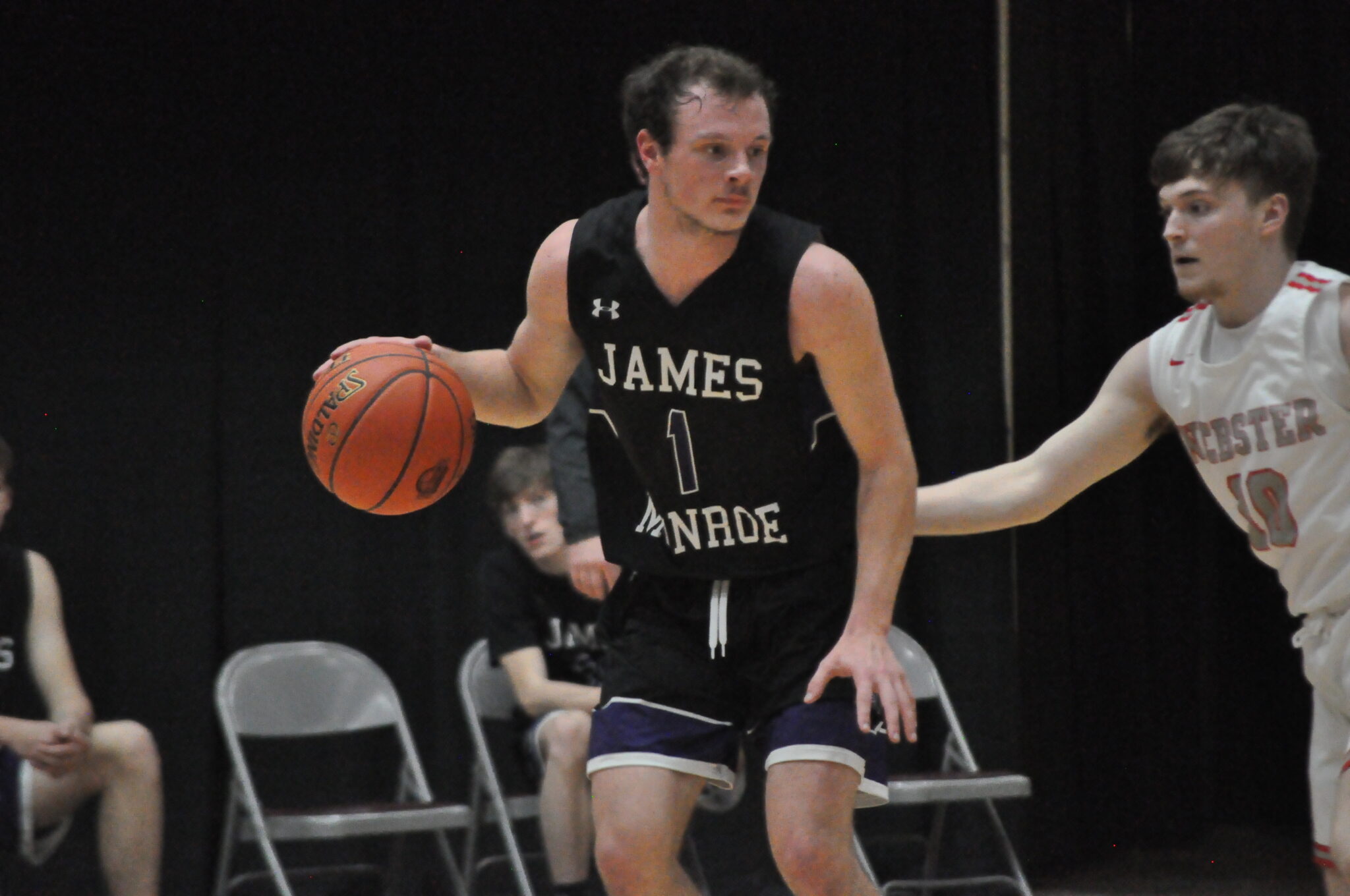 BECKLEY, W.Va. — After allowing Webster County to shoot 50 percent in the opening quarter, James Monroe buckled down on the defensive end. In turn, the Mavericks put together dominant second and third quarters to open up a comfortable lead and remain unbeaten with a 61-51 victory against Webster County in the New River CTC Invitational at Beckley-Raleigh County Convention Center.

The Highlanders (5-3) made only 2-of-10 shots in the second quarter and were held scoreless until Riley Clevenger made a three-pointer 3:13 before halftime. By that time, James Monroe (11-0) was on top 28-16 after scoring the first 13 points of the quarter.

“Webster’s a great team and they’re very fundamental. We finally picked up on what they were doing offensively in the second quarter and they weren’t able to make an adjustment until halftime,” JMHS coach Matt Sauvage said. “So that helped us out a lot. Our defense was really able to lock down, which is what we go by. Our defense is everything for us.”

The Mavericks settled for a 32-19 halftime lead after outscoring the Highlanders 17-6 in the second. All 32 Maverick points were scored by Eli Allen, Shad Sauvage and Josh Burks.

Allen scored 13 of his game-high 23 points on 6-of-9 shooting in the opening half.

“Eli’s just a sophomore, but his decision making is nice,” coach Sauvage said. “He can get to the rim and he can get you on the hip, and once he gets you on his hip, he’s tough to stop.”

The Mavericks picked up where they left off to start the second half, and after building a 40-25 advantage, reserve Cameron Thomas scored three straight baskets to give JMHS its first 20-plus point cushion.

Trailing 50-29 to start the fourth, Webster County scored the first seven points of the quarter and eventually got to within 55-46 on a Gage Groggs triple with 2:52 to play.

But Noah Hunter answered with a timely three with 2:27 remaining, and the outcome was never in doubt down the stretch.

Sauvage had 14 points and seven boards in the win.

The Mavericks made 5-of-17 three-pointers and 17-of-37 two-point attempts. James Monroe also held a 28-20 rebounding advantage through three quarters.

“Even though we weren’t making outside shots today like we normally do, we were able to get to the basket and our bigs were able to control the boards in the first three quarters, which is really nice,” coach Sauvage said.

Carter Williams led the Highlanders with 12 points on 5-of-6 shooting, while Rye Gadd contributed 11 points and a game-best 14 rebounds in defeat.

The Mavericks, who were held to a season-low 61 points, outscored Webster 27-6 off turnovers.