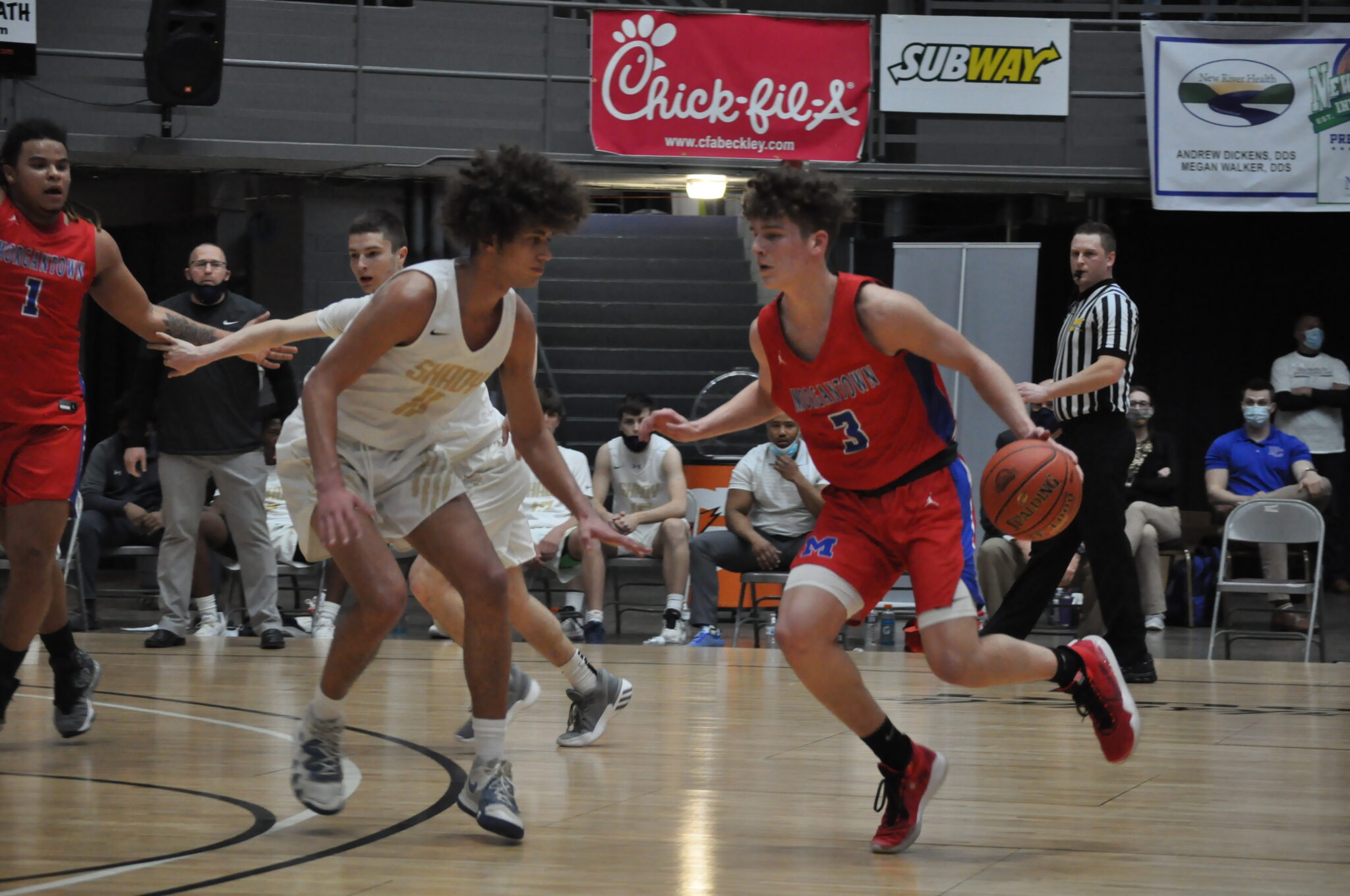 BECKLEY, W.Va. — Morgantown turned what was a tight game for one half into a lopsided victory Friday, outscoring Shady Spring by 29 points over the final two quarters to cruise past the Tigers 77-47 in the New River CTC Invitational at Beckley-Raleigh County Convention Center.

The Mohigans (11-1) made 18-of-28 second-half field goals and started to pull away from Shady Spring (7-2) within the first couple minutes of the second half.

After Luke Bechtel’s stickback gave MHS a 32-29 lead, Brooks Gage drained a three-pointer to double it.

Gage would add two more triples within the first 2 minutes of the second half, the latter of which upped Morgantown’s lead to 41-31.

“Brooks was a little short in the first half, but he has the green light,” MHS coach Dave Tallman said. “We know he can knock them down. We have a great team that just plays together. They’re great kids and their unselfish, so it’s good to see.”

Leading by eight later in the quarter, the Mohigans went inside and got consecutive layups from Carson Poffenberger and Bechtel.

Still, the Tigers only trailed by nine at 47-38 after a Cameron Manns triple. However, MHS got consecutive threes from Bechtel and Alec Poland, before Bechtel finished off the third-quarter scoring with a conventional three-point play to send the Tigers into the fourth facing an 18-point deficit.

“We were in major foul trouble in the first half, so we were just trying to get to halftime,” Tallman said. “We knew once we got Luke and Poff back in the game they were going to struggle with our inside presence. We really pounded the ball inside and got their big guy in foul trouble (Jaedan Holstein) and he eventually fouled out. Carson was very assertive inside tonight.”

MHS continued to frustrate the Tigers with its excellent defensive play, holding Shady Spring to 2-of-13 shooting in the final quarter to put any thought of a comeback to rest.

Shady Spring, which finished 8-of-30 from three-point range, connected on six first-half triples to stick right with Morgantown.

After falling behind 21-15, Shady used a 9-0 surge to go ahead, getting a conventional three-point play from Holstein, followed by triples from Braden Chapman and Todd Duncan.

But Poland scored five points in the late stages of the opening half, which combined with Xavier Pryor’s putback, allowed MHS to hold a one-point halftime lead.

Gage led a balanced scoring attack with 19 points, while Poland scored 18. The duo connected to make 8-of-15 threes.

“We didn’t execute offense very well in the first half, but we did in the second half,” Tallman said. “It makes it a little easier when they’re down by my bench and we can call some things. We got some easy buckets inside and that helped.”

All five MHS starters grabbed at least four rebounds, with Poffenberger and Gage tying for the team high with seven each. MHS dominated the glass, 44-22.