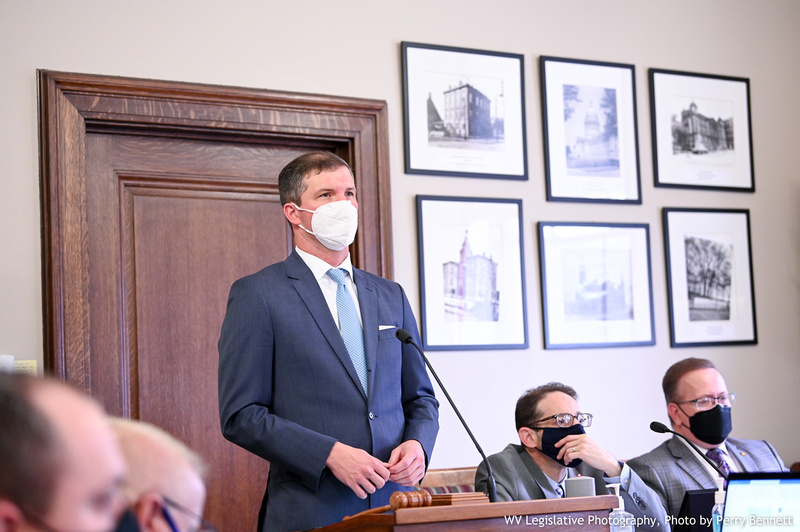 A bill that would make several changes to West Virginia elections drew concern at a public hearing, particularly an earlier conclusion to the early-voting schedule.

Speakers were also critical of changes that would affect purges of voter rolls, with checks on some voters’ status starting sooner. And they expressed concern about changes to how West Virginia’s motor voter law would work.

Senate Bill 565 is under consideration by the House Judiciary Committee, which hosted a public hearing Monday morning.

Deak Kersey, general counsel for the West Virginia Secretary of State, spoke in favor of the bill.

Several aspects of the bill drew comments on Monday morning:

— The bill narrows the cycle from the current four years to two years to identify voters who may have moved without a forwarding address, have another name, died in another state or might otherwise have become ineligible. That starts the process earlier to give clerks time to reach out and clarify a voter’s situation. It takes six years from the start of the process for the purge. No voter’s eligibility is canceled for “failure to vote” alone.

— The bill clarifies that voters have the option to accept or decline to register to vote while at the DMV. The current law assumes opting in, giving people the option of declining.

The previous Secretary of State, Democrat Natalie Tennant, joined the public hearing and said she opposes the bill.

“I know the work the county clerks can do. I know they can do this and continue what they’ve done for 20 years for the sake of the voter,” Tennant said. “What about the voters, and what can we do for them?”

Patti Hamilton, speaking for the West Virginia County Clerks Association, spoke in favor of both the shift in early voting and the change to voter registration through the DMV. She said clerks need a couple of days to prepare for Election Day and that the early in-person voting period remains the same as before.

“I can assure you that 55 county clerks did not get together and decide they were going to try to suppress anyone’s vote,” Hamilton said.

Of the early voting shift, he said, “It gives us badly needed time that we need to prepare for the election.” And on motor voter, “We prefer to opt in to register to vote ta the DMV level because I think it needs to be a conscious decision.”

Many of the other participants in the public hearing disagreed.

Another participant, Amy Lindsey, viewed the bill as amounting to voter suppression.

“I think it is shameful that you’re making it more difficult to vote. Voting is our primary right as citizens,” Lindsey said. “I really find it terrible that you’re trying to restrict voting and our access to the polls.”

And another participant, Andrew Caldwell, agreed.

“Why would a West Virginia citizen vote to restrict voting rights?” Caldwell asked.  “Early voting is very popular. Why would you cut off the last couple of days?”

Julie Archer, coordinator of West Virginia Citizens for Clean Elections, said the bill would eliminate two of the most popular days of early voting.

“It’s kind of like stores closing on Black Friday because the cashiers thought it was too much work to ring up all the purchases,” she said.

“As legislators, making voting harder affects everyone,,” she said, “including people who voted for you.”