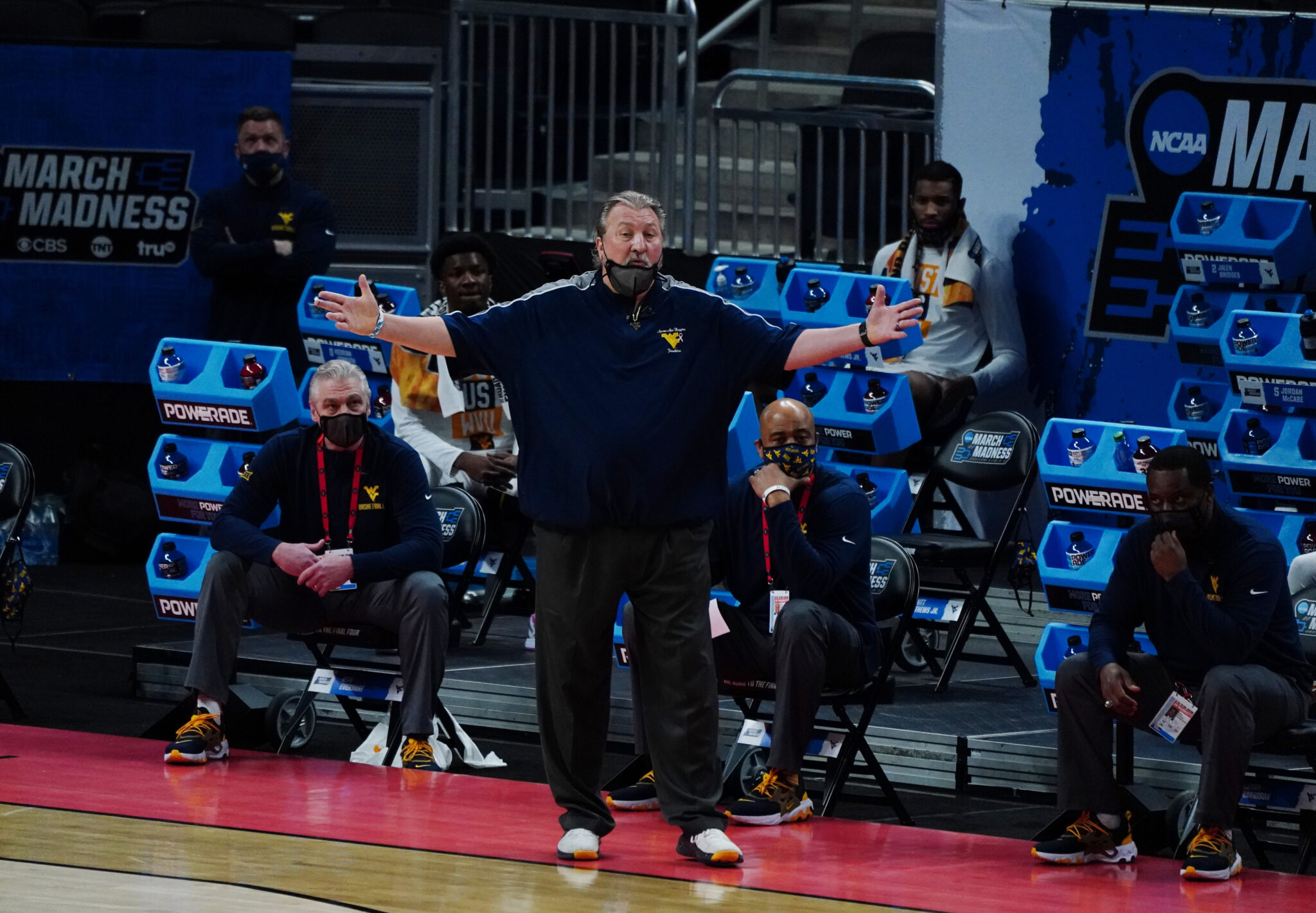 Mar 21, 2021; Indianapolis, Indiana, USA; West Virginia Mountaineers head coach Bob Huggins reacts to a play in the first half against the Syracuse Orange in the second round of the 2021 NCAA Tournament at Bankers Life Fieldhouse. Mandatory Credit: Kirby Lee-USA TODAY Sports

MORGANTOWN, W.Va. — The NCAA men’s basketball transfer portal is well-populated and players have a longer window of time than ever before to remain in consideration for the NBA Draft. While players have unprecedented freedom of movement due to the likely adoption of a one-time transfer rule where student-athletes don’t need to sit out for a season, coaches will go deep into the summer before having a true grasp on what their 2021-2022 roster will look like.

“It is a crazy time in college athletics,” Huggins said on Monday’s Citynet Statewide Sportsline. “You don’t know who is coming and who is staying. It is hard right now to be able to say what your definite roster is because you don’t know. We’ve got four guys that are looking at the draft. You don’t know where that ends up. You don’t know how many slimy creatures that are called agents are slithering around and promising the world and not being able to deliver anything.”

Guards Miles McBride, Sean McNeil and Taz Sherman have already announced they will submit their names for evaluation from NBA personnel. Derek Culver will likely do the same. All would retain the right to return to Morgantown next season but those final decisions don’t have to be made until July.

WVU has lost two players to transfers this offseason. Jordan McCabe has signed with UNLV while Emmitt Matthews’ destination is unknown. FIU transfer Dimon Carrigan appears en route to Morgantown. Coaches, in general, oppose the proposed one-time transfer rule. Huggins is one of the most vocal critics.

“I am on the Board of Governors, which is a huge table when you look around of the who’s who in college basketball coaching, and there wasn’t one vote for it. Everyone voted against it. And I mean everyone. When you have that going on and (the NCAA) basically saying that we appreciate your opinion but we are going to do what we want anyways. It doesn’t leave a real good taste in your mouth.

McBride announced his intention to enter the NBA Draft process on Friday. The sophomore guard remains in Morgantown.

“He is here now. I haven’t really sat down and approached that conversation with him. This is just me, but I think the family decision would be that he will stay and get his education. He is not going to bail out on his education.”

“He got a big raise. They’ve got more money in Texas than they know what to do with. I am happy for Chris. I didn’t know if he would leave or not. He really did like Lubbock and West Texas and I know he really liked the guys that he had.”