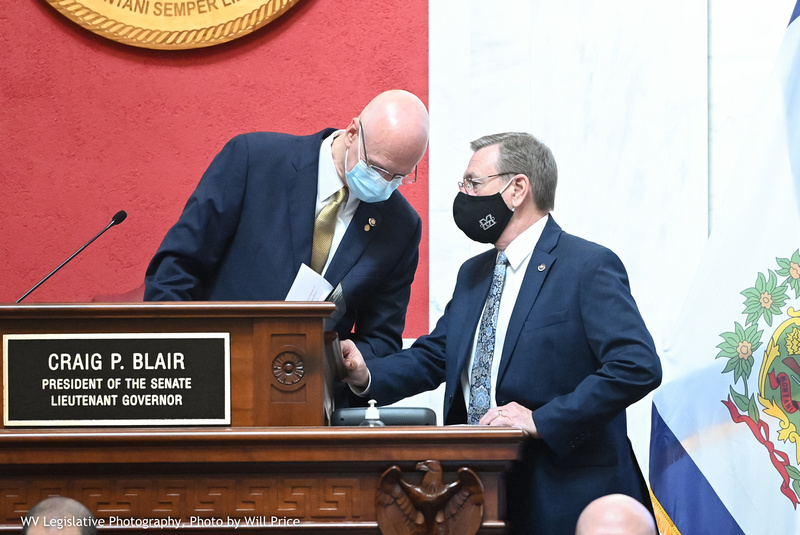 The full Senate is ready to pass a broad-ranging broadband bill, with some senators saying the bill could go even farther.

Broadband access has received heightened attention in West Virginia since the coronavirus pandemic caused so many people to work or learn from home. Social distancing recommendations made clear the importance of having reliable connectivity for working, learning or reaching out to loved ones.

The House of Delegates has passed a version of the bill already, and the Senate moved the bill toward a passage vote on Thursday.

AARP-West Virginia, which worked closely with lawmakers on the bill, said it lays the groundwork for better internet service.

“Right now, we are satisfied with the legislation,” said Tom Hunter, associate state director for AARP West Virginia. “The expansion of high-speed internet access to all West Virginia communities is a critical issue, and it will continue to be a priority for our organization.”

Senator Robert Plymale, D-Wayne, said the bill could still be stronger. He proposed an amendment that would establish four funds aimed at financial improvements for broadband service.

He noted that although legislation addresses broadband, there are no plans to make state financial investments.

“When we first started this session, we started talking about broadband implementation. To my knowledge, we haven’t put a penny where our mouths are,” Plymale said.

“This gives us a template and puts some state money, skin in the game. This absolutely is what we should have been talking about throughout this session.”

Government Organization Chairman Mark Maynard, R-Wayne, countered that the amendment may be premature because the federal government is considering millions of dollars in broadband funding “and it’s unclear what strings would be attached.”

Plymale’s amendment was narrowly defeated, 16-18. But as this morning’s floor session concluded, Senator Robert Karnes, R-Randolph, said he would like to reconsider the vote. Karnes had been one of those who voted against the amendment. Karnes wound up agreeing to pursue a possible reconsideration of the vote during a late afternoon resumption of the floor session.

“This was gonna be the broadband session,” said Seantor Mike Woelfel, D-Cabell. “I don’t think we put a penny yet in the budget.”

“When we first started this session, we started talking about broadband implementation. To my knowledge, we haven’t put a penny where our mouths are,” Stollings said.

“This gives us a template and puts some state money, skin in the game. This absolutely is what we should have been talking about throughout this session.”

Senator Bill Ihlenfeld proposed another amendment aimed at preventing providers from advertising “up to speeds” and instead requiring that minimum speeds be specified.

“We all know that when it comes to internet connections, speed is what matters,” Ihlenfeld said.

“Often the speeds advertised to you are much different from the speeds you actually receive at home or at work.”

That amendment was also defeated, 14-20.

Maynard spoke against that amendment too.

“I believe it’s well-intentioned,” he said. “But the amendment creates two new causes of action that were not vetted in committee or in the House.”