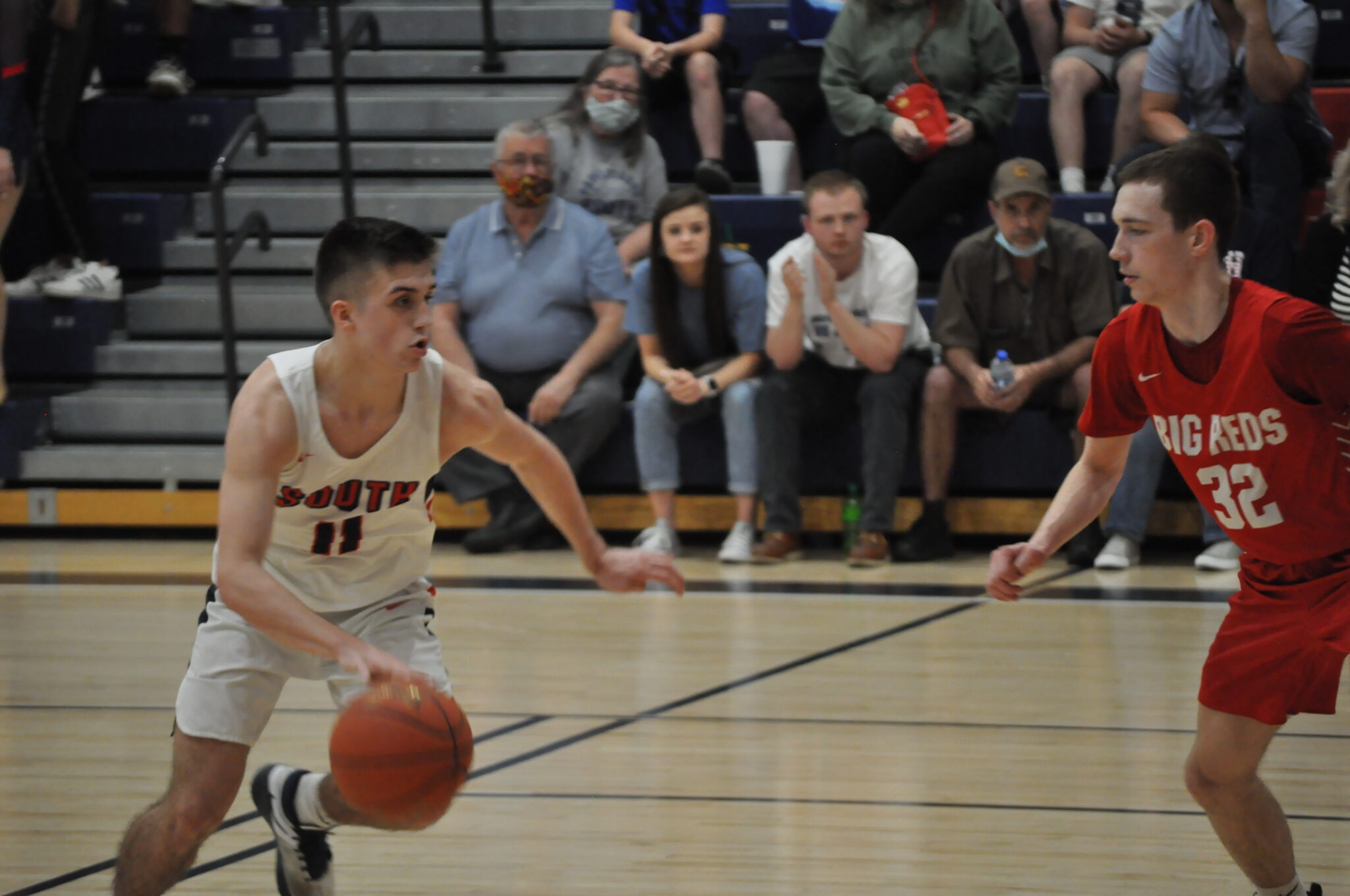 The 5-foot-10 senior guard answered the call and then some, pouring in 30 points to lead Parkersburg South to a 61-53 home win over the Big Reds.

Hogsett had the perfect mixture of perimeter production and attack mode, leading to 10 field goals, including three three-pointers, and 7-of-11 free throws.

“Shoutout to Jake Hogsett, he played unbelievable,” PSHS coach Mike Fallon said. “Cyrus Traugh and our kids coming off the bench gave us energy. We have a starter down and he averages about 15 points per game. For other kids to step up and take on that role was pretty good.”

Carson Dennis, who had a team-high 17 points for PHS, scored eight to lead a balanced scoring attack in the opening half.

“The first half, we did a good job running our stuff,” Parkersburg coach Bryan Crislip said. “We wanted to get the ball inside, slow the game down, because Hogsett does get going out fast. Our advantage is to throw the ball inside, throw it off the glass and just kind of go get it.”

But Parkersburg struggled to generate offense in the third quarter and fell behind 37-36 after the Patriots got consecutive layups from Jyles Johnson and Hogsett.

While Bryson Singer answered with a basket in the post, Hogsett’s triple and one free throw from Traugh allowed Parkersburg South (8-4) to lead 41-38 entering the fourth.

“The big issue is, when we have trouble scoring, it kills our defense,” Crislip said. “Should I have gone to a box-and-1 on Hogsett? I probably should have, but our kids have a tough time when you throw something on the fly to pick it up.”

Julian Martin scored inside twice early in the fourth quarter, bringing PHS to within a point both occasions. But Traugh made a pair of free throws and followed with a putback to ignite a 9-0 surge that also featured a pull-up jumper from Hogsett in addition to his three free throws.

By the time Dennis scored inside, the Big Reds’ deficit was 52-44 with 3 minutes left.

PHS used a 6-0 spurt to get to within five with 1:08 remaining, but Hogsett and Colton Parsons combined to make 6-of-6 free throws over the final 1:05.

The Big Reds committed five fourth-quarter turnovers, while the Patriots had just one.

Traugh added 13 points in the win.

Singer led all players with 14 rebounds.