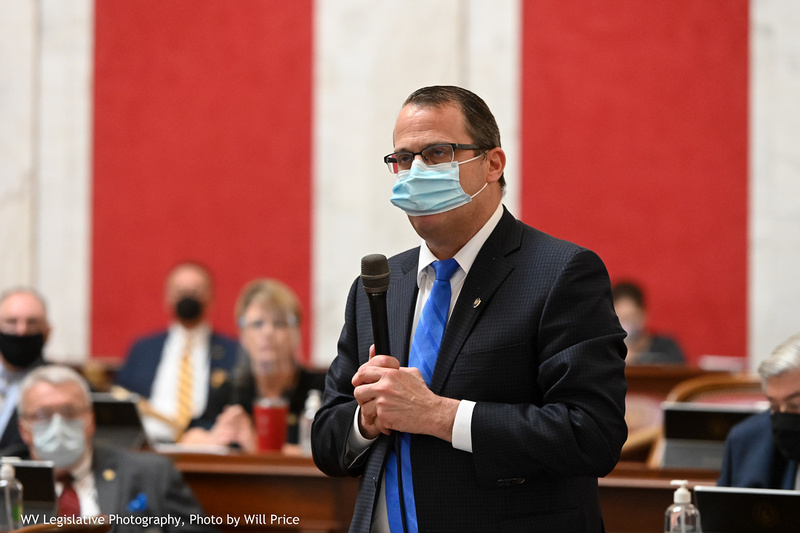 Once the amendment was adopted, Senators passed the bill 27-7. A few hours later, the majority in the House of Delegates agreed to the amended version and passed it 67-32 after impassioned debate, completing legislation.

“There are people who are going to die,” said Delegate Barbara Fleischauer, D-Monongalia, who opposed the changes. “Our neighbors who didn’t need to die will die.”

The amendment adopted today in the Senate would require identification for those who use community harm reduction services, including needle exchanges. Advocates of the programs have said identification requirements often deter participants, potentially discouraging them from participating in other aspects of harm reduction such as vaccinations or addiction counseling.

“The ID part is more restrictive, and that’s been a point of contention between the two sides,” said Senate Health Chairman Mike Maroney, R-Marshall.

But he seemed to suggest the ID requirement could also promote buy-in from participants.

“Having an ID and taking that first step and having an identification card is maybe the first big step towards potential recovery,” Maroney said.

Another change would require any existing provider not offering a full array of harm reduction services to cease offering a syringe exchange program.

“The wraparound services, to me, that’s the most important part of this bill,” Maroney said.

“These programs are intended to hand out needles and syringes that are clean for a period of time with the hopes of keeping those clients safe from disease until maybe a certain percentage of them can benefit from some of those wrap around services. If the wraparound services were not part of this bill, I’d really wonder what we’re doing. I’d urge adoption.”

The bill would establish a licensing requirement for syringe exchange programs and establish a goal of one-to-one exchange of needles. The bill includes immunity for providers and civil penalties for non-compliance, from $500 up to $10,000. On Friday, delegates amended the bill to add in a requirement of municipality support.

“Some feel it’s too restrictive, some not restrictive enough,” said Senate Majority Leader Tom Takubo, R-Kanawha. “There are things inside this bill that I think have high value, not only for West Virginia but for the country.”

Takubo, a doctor, spoke approvingly of an element of the bill that would require syringes being marked specifically to identify the community program that distributed them.

“This potential legislation has some benefits to answer some really big questions,” Takubo said. “It gives us the opportunity not only help the indiviuals but to answer some questions about the programs.”

Maroney, a radiologist, said he once thought a bill like the one up for passage in the Legislature was not in line with expert recommendations. But he said he has started taking community concerns into consideration.

He concluded, “We tried to find a hybrid between what the science tells you and what the community tells you.”

Critics of the bill as it first passed the Senate said it would be so restrictive that no syringe exchange programs could be sustained in West Virginia.

That criticism remained today as senators passed the bill again.

“This is too restrictive in a state that’s experiencing an HIV and Hep C epidemic,” said Senator Ron Stollings, D-Boone.

Stollings, a doctor, said the legislation would take away the ability of people with addictions to access clean syringes.

“I think we’re setting up a recipe for disaster,” he said. “This is a kneejerk response to needle litter. So I urge a no vote.”