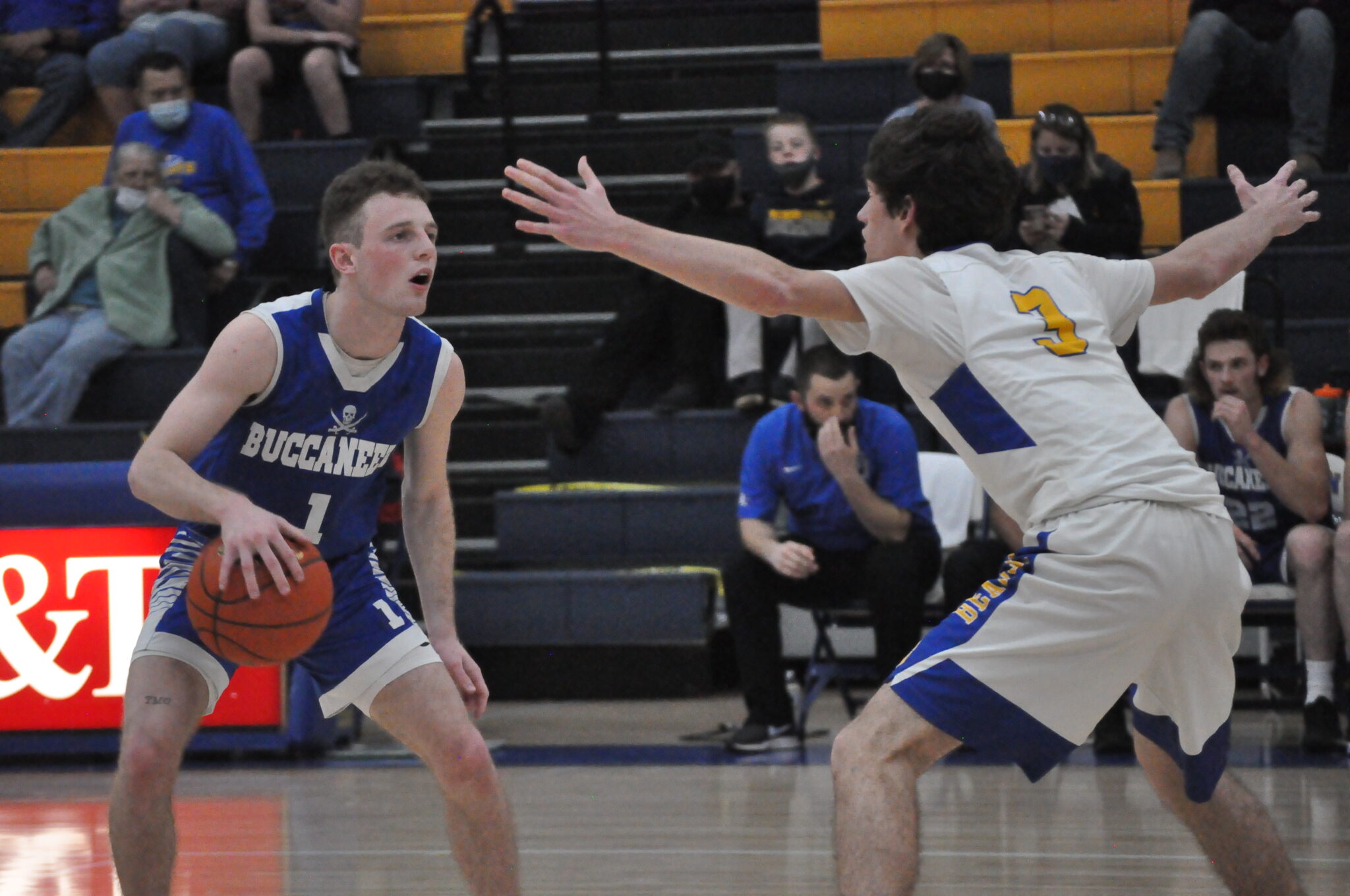 GRAFTON, W.Va. — With both teams scoring at a rapid rate, Buckhannon-Upshur coach Travis Foster wanted to see his team find a way to get a few stops down the stretch of Monday’s game at Grafton.

Foster ultimately got the result he desired as the Buccaneers scored 62 second-half points and closed on a 16-8 spurt over the final 2:25 to claim a 93-88 win over the Bearcats.

“The great thing about it is we found a way to win and in previous years, we probably wouldn’t have been in that situation,” Foster said. “But I don’t think either team could guard a parked car tonight. They couldn’t defend and we couldn’t defend, so it almost came down to who’s going to step up and get a couple stops at the end. We were able to do that with the time in our favor.”

Ryan Hurst, who led all players with 32 points, drained a deep three-pointer to erase Grafton’s 81-78 lead. After Zach Moore’s stickback put the Buccaneers (11-4) up two, Kaden Delany scored on a drive to tie the game at 83.

Harrison Walker responded with a jumper to put B-U back in front and Hurst followed with a steal and layup that doubled his team’s lead.

After another defensive stop, Hurst missed the front end of a 1-and-1, but immediately made up for it with a steal. Hurst then made 4-of-4 free throws over the final 23 seconds and Walker iced the game with a pair of foul shots with 6 seconds remaining.

“Ryan’s the guy you want at the free throw line,” Foster said. “He’s our quarterback and the oil in our machine. If he makes a mistake, he’s going to make up for it twice.”

After falling behind by five points early, Grafton (11-4) outscored Buckhannon 16-4 over the remainder of the first quarter to hold a 19-12 lead.

The Bearcats continued to excel in the second period, with guard Justin Spiker making three triples in the quarter to score 11 of his 18 first-half points. Spiker’s final three of the half gave the Bearcats a 41-29 lead to match their largest advantage of the half, before Hurst connected on a fallaway that beat the buzzer to make it a 10-point game at halftime.

While the Bucs outrebounded the Bearcats 19-9 in the opening half, they trailed by double digits in large part because of their 10 turnovers with only one forced and Grafton’s nearly 57 percent (17-of-30) shooting from the field.

“The pace was great. That’s what we want the pace of the game to be — up and down,” Grafton coach Michael Johnson said. “Even when they went zone in the first half to kind of slow us down, I thought we did a good job of moving the basketball, finding the open guy and knocking down some shots. But second-chance points was the reason we got beat tonight.”

Buckhannon was able to cut its deficit to six on a Lamar Hurst three early in the third quarter and pulled to within 49-47 on Moore’s stickback moments later. When William McCauley scored in the paint with 1:34 left in the quarter, it gave the Bucs a 57-55 advantage — their first lead since 8-7.

B-U settled for a 61-60 lead entering the fourth, and neither team led by more than three throughout the quarter until Hurst’s layup made it 87-83 with inside of 1 minute to play.

The Bucs made 23-of-36 field-goal attempts after halftime to shoot better than 61 percent for the game. Hurst made 11-of-16 shots and 8-of-9 free throws in his game-high scoring effort. White scored 21 points on 10-of-11 shooting off the bench, while Josh Loudin had 16 players and 12 rebounds.

“Zach White is a monster. He’s a machine,” Foster said. “One thing you know with Zach is he’s always going to give you rim-to-rim hustle.”

The Bucs finished with a 37-19 rebounding edge.

“We just weren’t able to get a body on them,” Johnson said. “They have lots of size and lots of length and that gave us some trouble at times.”