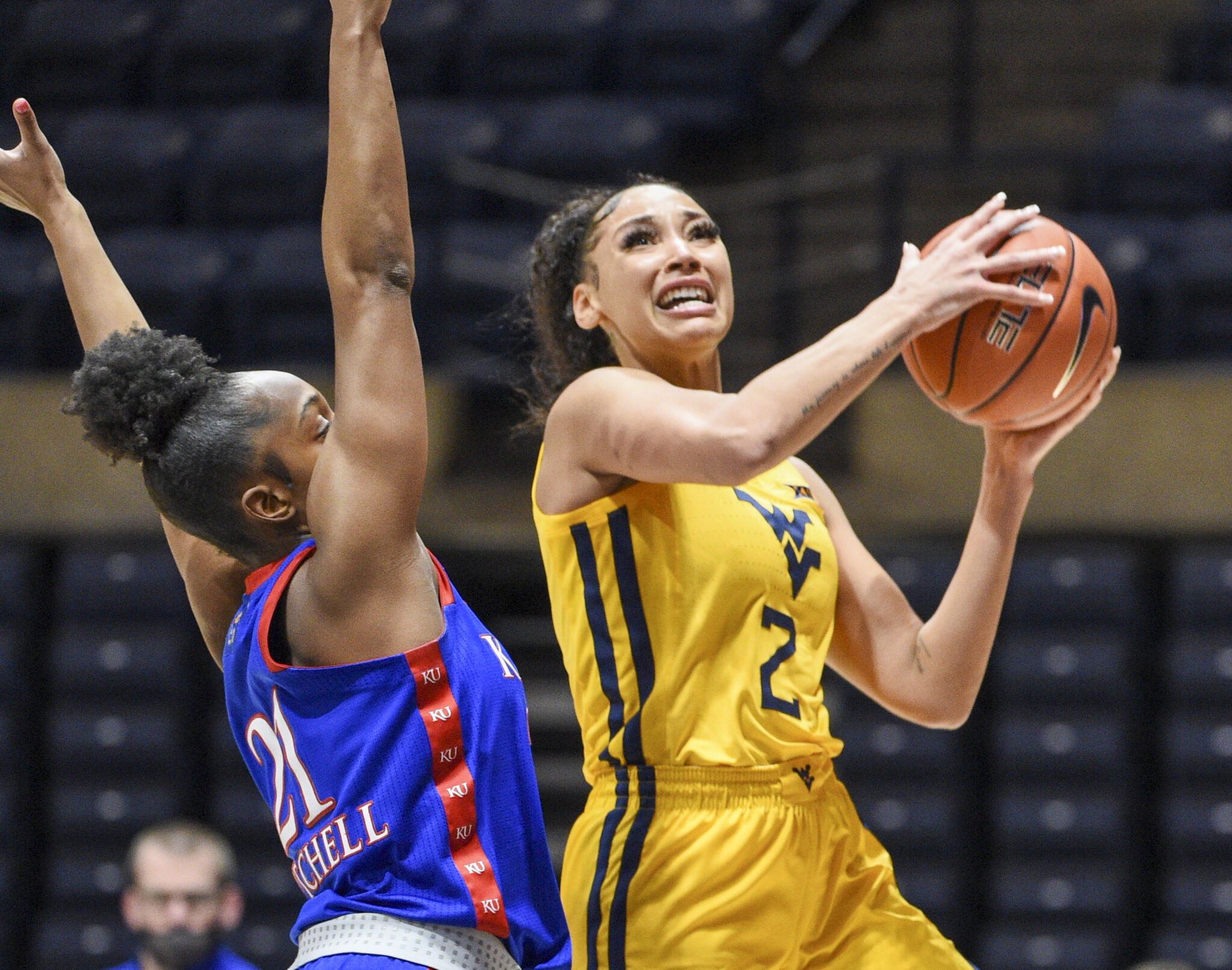 Kysre Gondrezick made history Thursday night when she was chosen fourth overall in the WNBA Draft by the Indiana Fever.

“I am super excited and humbled,” Gondrezick said. “This is just a remarkable moment for me to be even granted the opportunity to showcase my abilities and talents. Most importantly come in and impact a team so we can be a championship caliber team. It’s very important to me. I’m a winner.”

A 5-foot-9 guard from Benton Harbor, Michigan, Gondrezick transferred to West Virginia after spending her freshman season at Michigan. She earned second-team all-Big Ten honors in her lone season with the Wolverines.

“I’m excited to be coming close to home to have my shining moment and being a part of Indiana,” Gondrezick said. “I’m so excited for the future and what it has to offer. I’m ready to be like a sponge and absorb anything and everything to prepare myself to take the organization to the next level.”

After sitting out a season following the transfer, Gondrezick played in only five games as a sophomore in 2018-2019 and averaged 13.2 points and four assists.

The next year, Gondrezick led the Mountaineers in scoring at 15.3 points, and she did the same this season with an average of 19.5 points as a senior.

As a senior, she also led the Mountaineers with 125 assists. Gondrezick made 64 three-pointers and shot 36.4 percent beyond the arc. She earned honorable mention All American honors by The Associated Press.

“We came into tonight really focused on we need scorers and championship type caliber players in our organization,” said Tamika Catchings, the Fever’s Vice President of Basketball Operations and General Manager. “She can score. She played the two this past year and she played the one. For us she’ll play the one too, but she’s a scorer inside and outside. She’s a great defender. We really focused on the championship mentality and that’s what she has.”

Despite playing just over two full seasons at WVU, Gondrezick reached the 1,000-point mark as a Mountaineer and scored 1,503 points throughout college.

“The day after last season, my dad said to me, ‘It’s time to get to work. We have an All American season ahead, a top 5 draft pick.’ I’m looking at him like he’s crazy,” Gondrezick recalled. “It’s funny how he spoke everything into existence and manifested this very moment. It’s unfortunate that he’s not present for me to share it with, but he knew it. He’s up there.”

Bria Holmes was chosen 11th overall in the 2016 draft by the Atlanta Dream as WVU’s only previous first round selection.