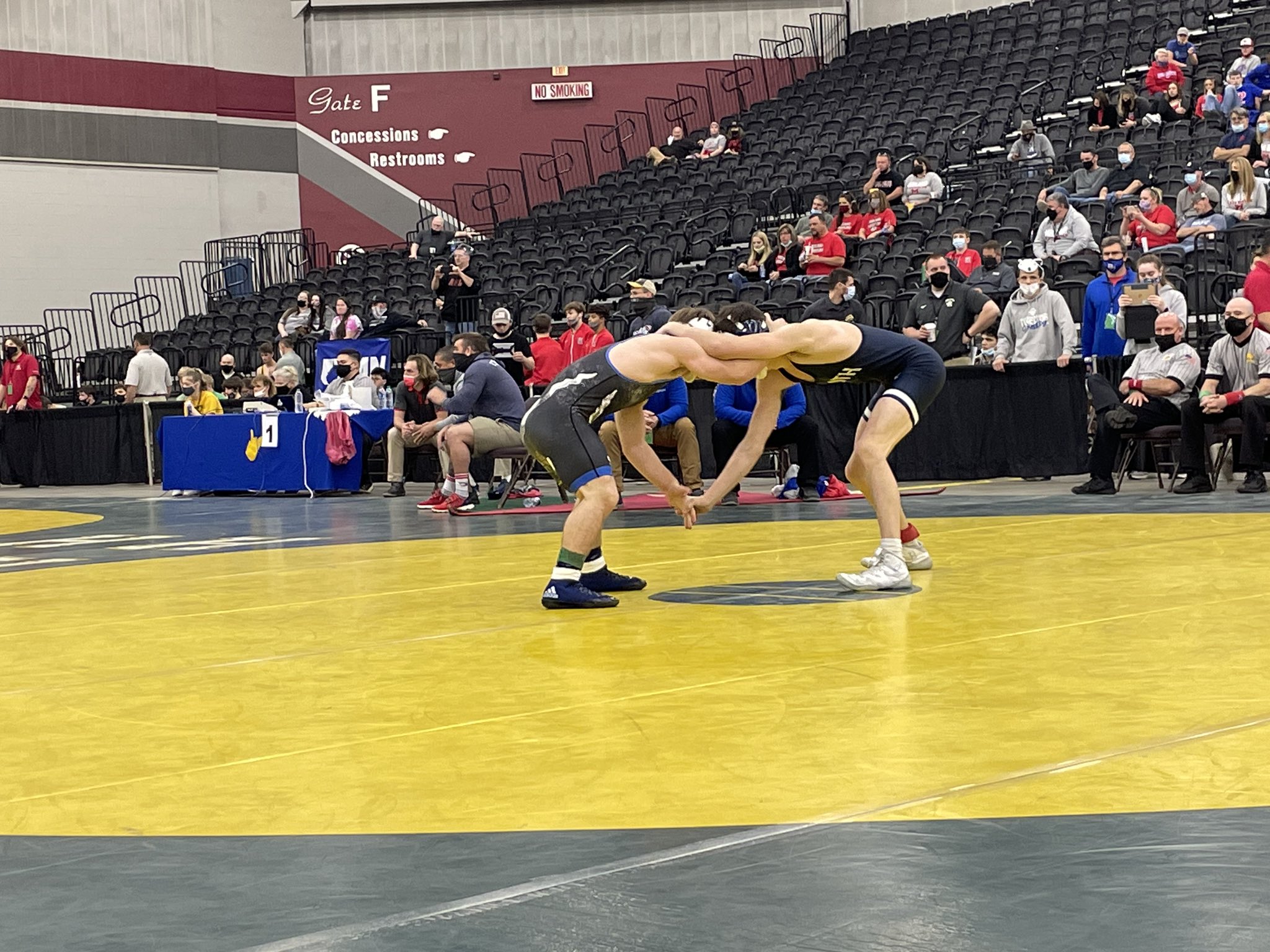 The Patriots didn’t have a great second day in the WSAZ, but did enough to hold off hard-charging Point Pleasant and take home the team championship.

Not long after that, Parkersburg South won a big dual at Point Pleasant and kept on building for the 74th West Virginia State Tournament at Mountain Health Arena.

Coach Shaun Smith’s approach after the WSAZ win appears to have the Patriots back on track to win the Class AAA state title for the seventh straight year. They lead with 119 points.

Parkersburg South had 11 wrestlers win twice Monday to reach the semifinal round Tuesday morning. The session starts at 10 a.m. and also includes more consolation matches up through matches for third and fifth place.

The championship round is Tuesday night at 6:30.

“We had to so something. The kids responded well,” Smith said of how his team has performed since the WSAZ. “The WSAZ was one of our low points. We’ve progressively gotten better.”

This is the first event at Mountain Health Arena with spectators in more than a year since the coronavirus pandemic struck.

Attendance is limited, there is social distancing and spectators and coaches wear masks. Fans are spread out in the stands. Teams are seated outside the four mats and bleachers opposite the scoring table. Only two coaches are allowed in chairs at matches. Mats are cleaned and sanitized after each session.

Two of Parkersburg South’s semifinalists are Brady Roberts, defending champion at 106, and senior Gavin Quiocho at 160. Both are seeking a fourth state title.

Brayden Johnson at 138 is seeking his third title and would join his father, Jason, as a three-time champion. He is headed to West Liberty.

“Having eleven in the semifinals is very positive,” Smith said. “I hope the team can perform well again tomorrow. We’ve come a long way.”

Spring Mills, champion in Region 2, is second with 92 points and St. Albans third with 70.

“Spring Mills is a tough, young team,” Smith said. “It’s not going to be easy.”

“Got some matches (with South) head-to-head. Got to do well,” Spring Mills coach Anthony Regalbuto said. “Our kids can wrestle. They’re very prepared.”

Class AA-A teams won’t get into action until Wednesday. Point Pleasant is the defending champion.