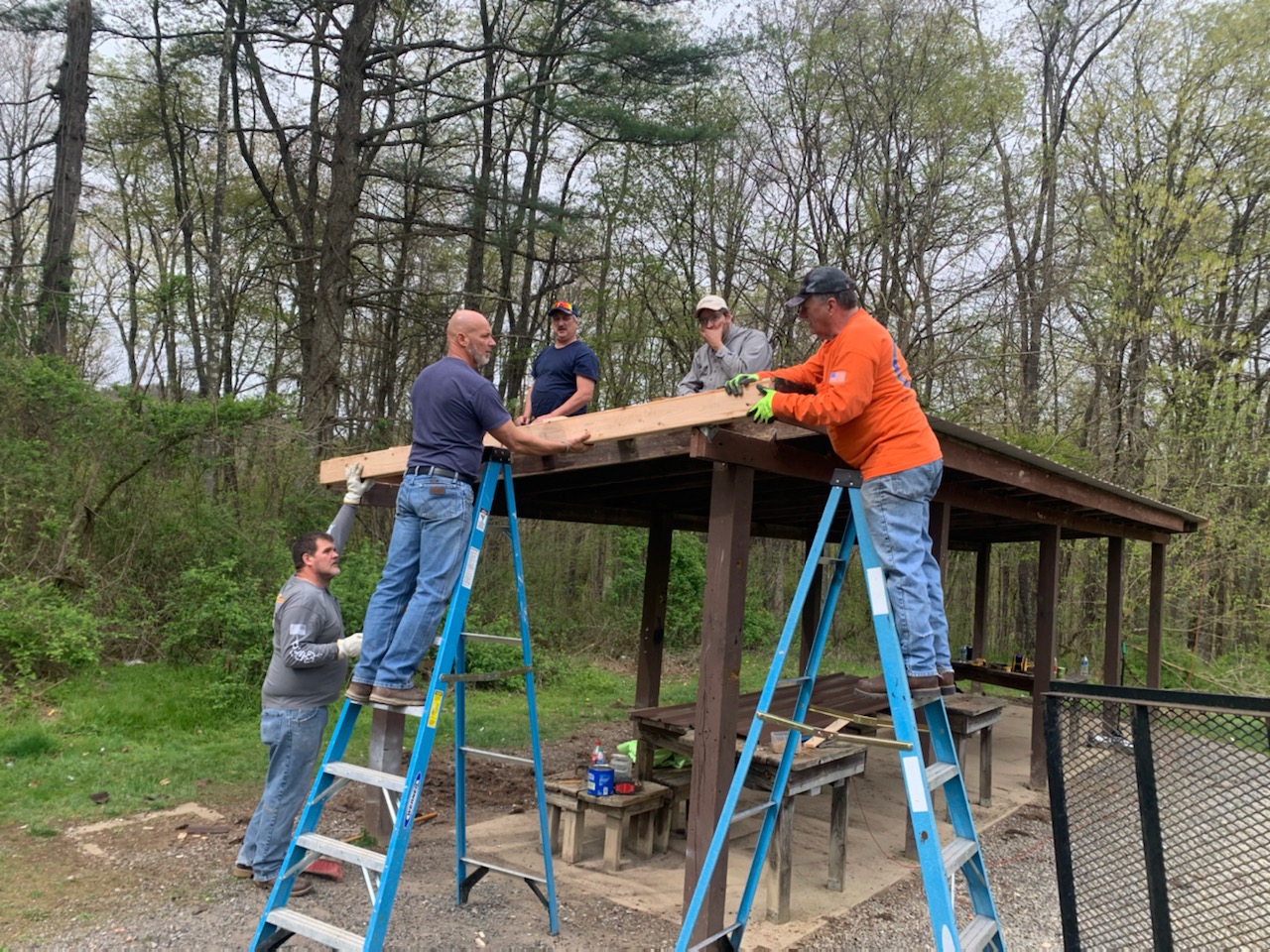 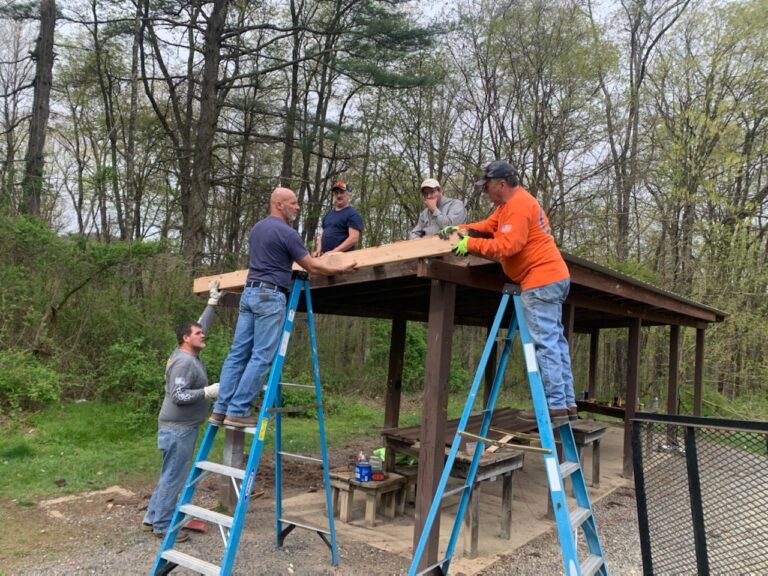 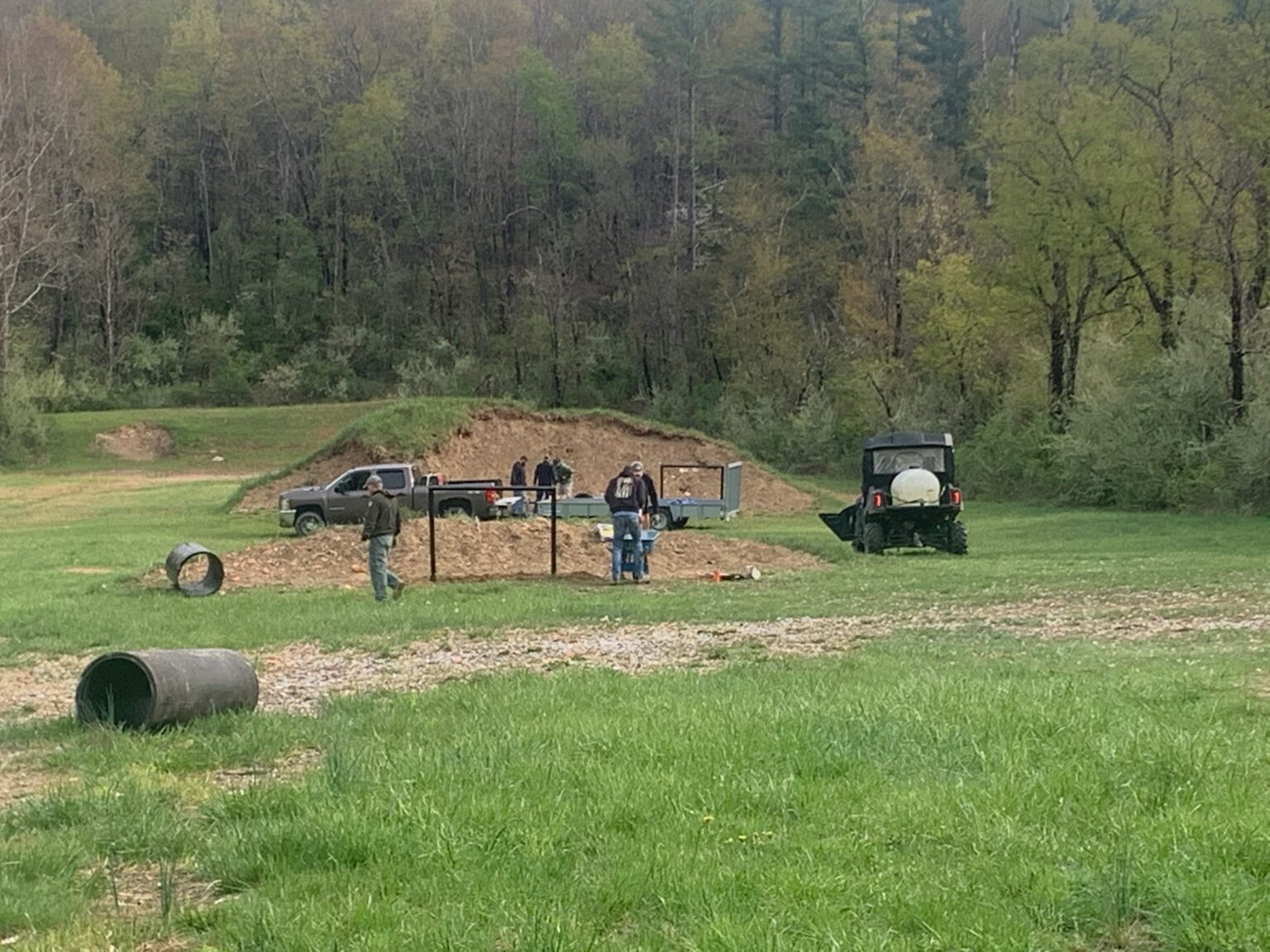 A look at the shooting range at Pleasant Creek as volunteers from several North Central W.Va. trad unions go to work on installing new shooting racks. 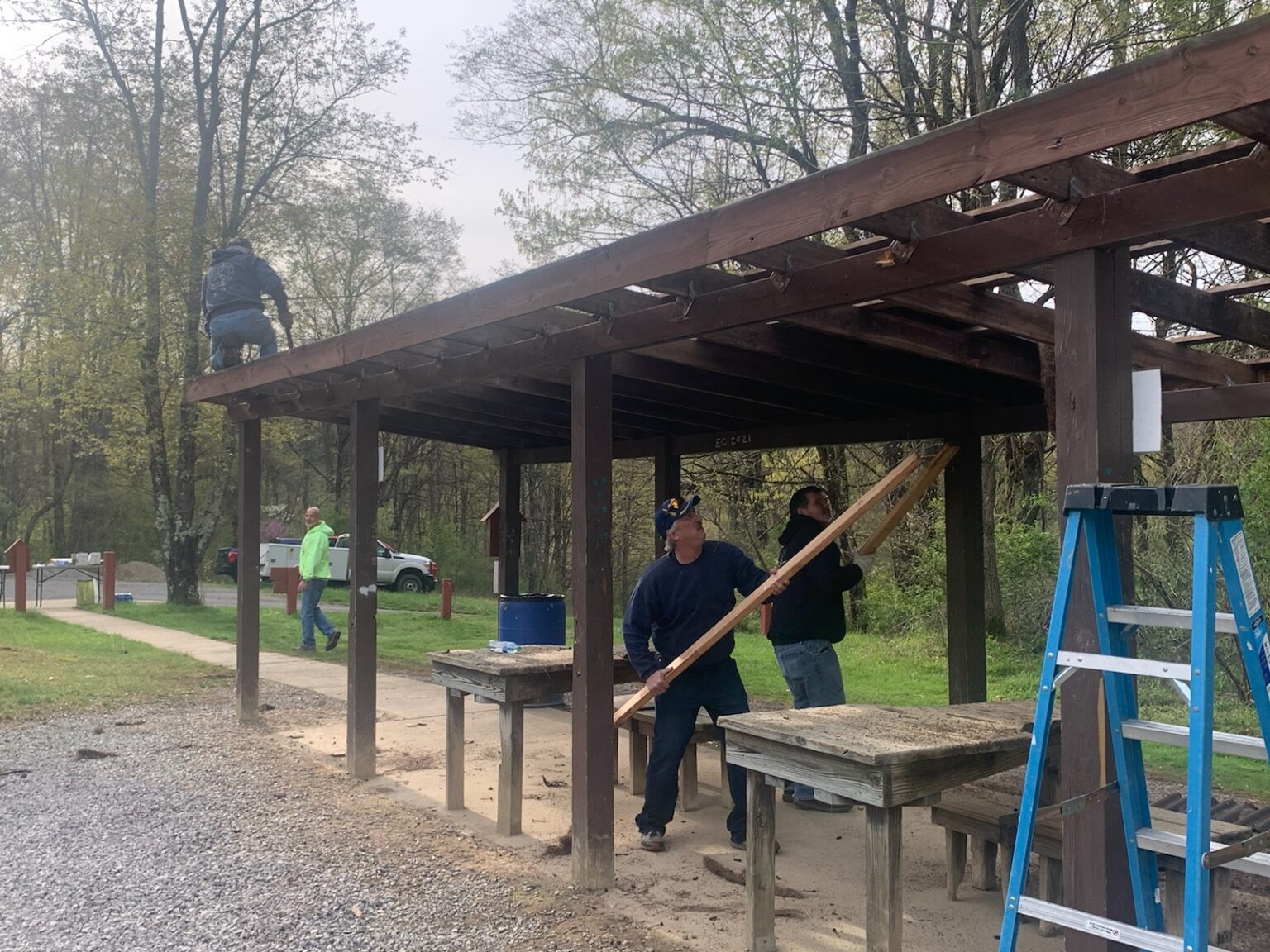 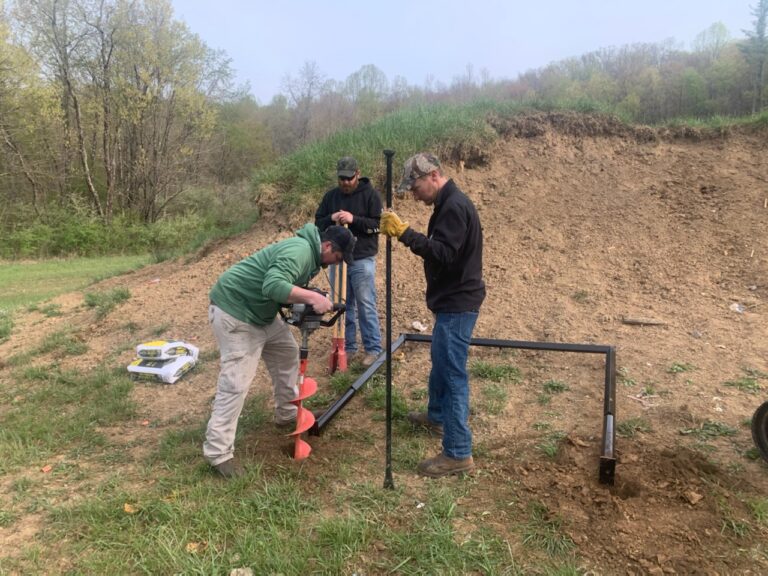 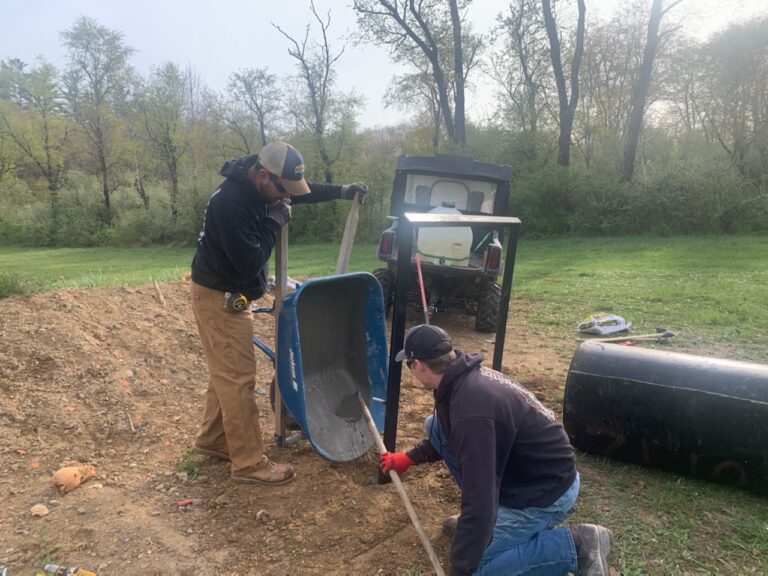 Left to right: Juston Davis and Tristan Wilburn (both volunteers for UA local #152) 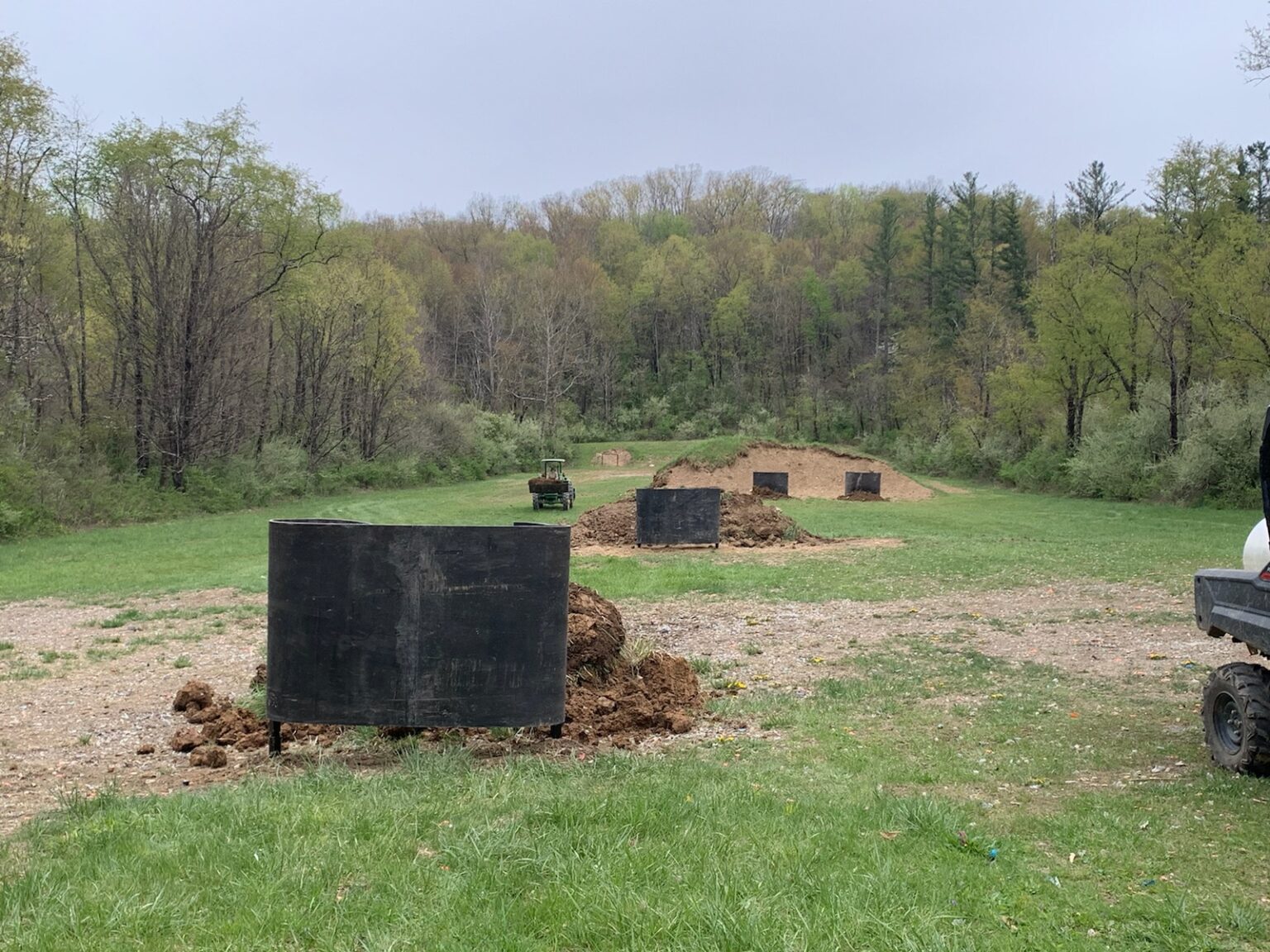 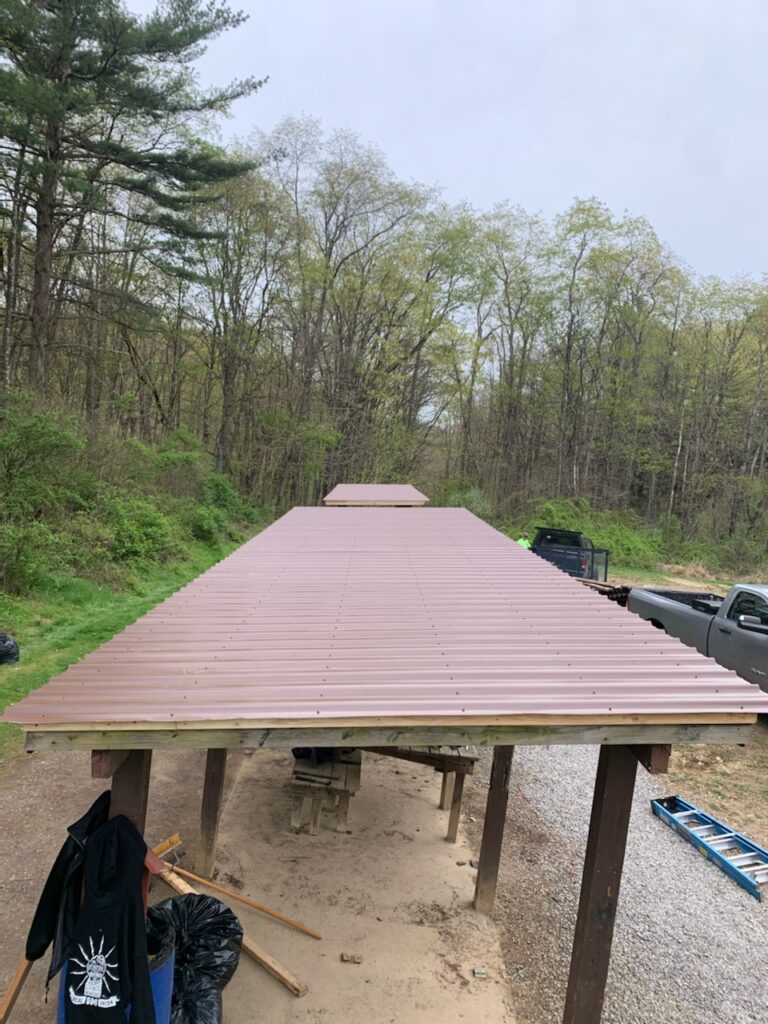 A new roof on the shooting range donated and installed free of charge by volunteers from West Virginia trad unions. 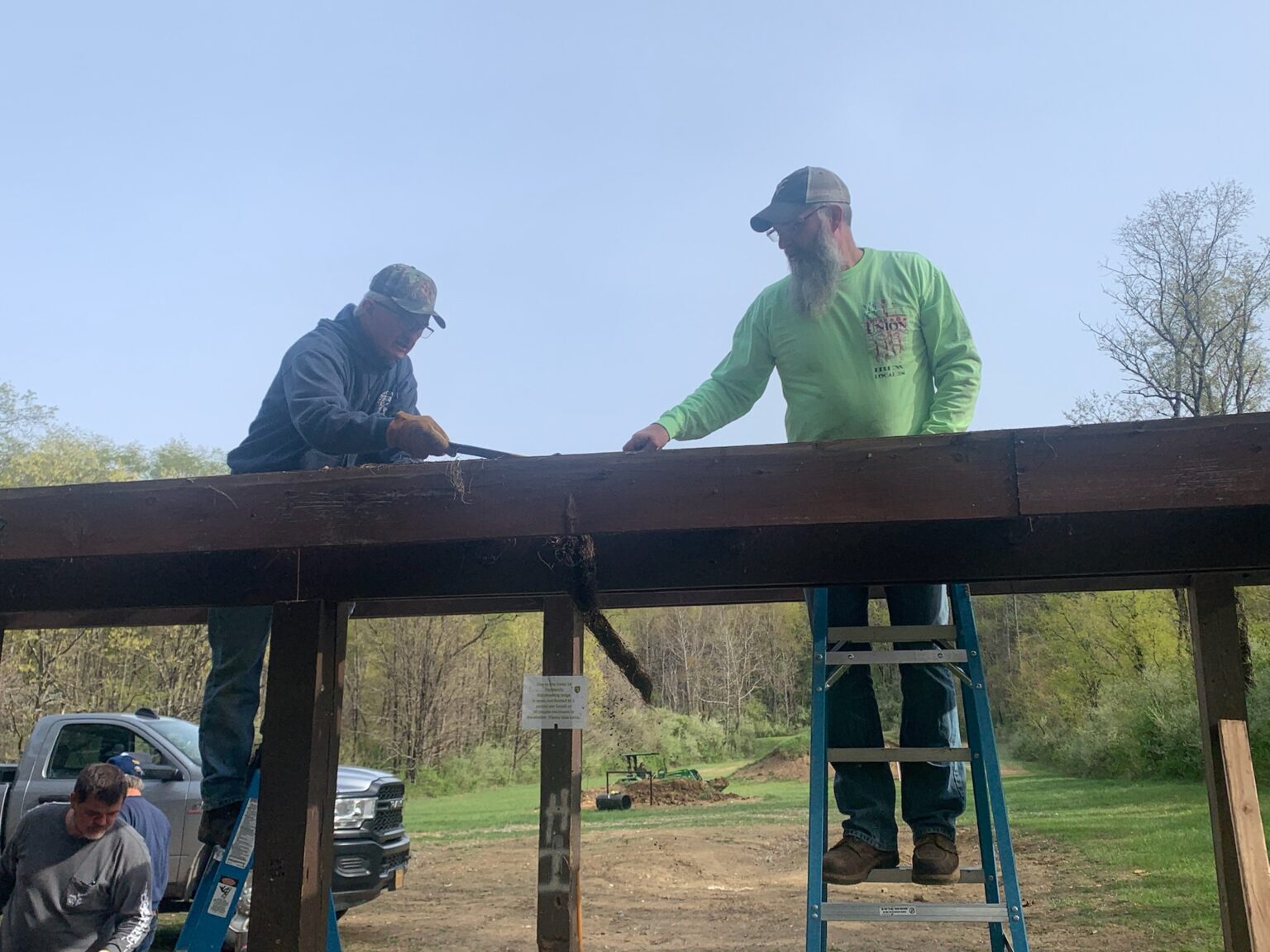 PHILIPPI, W.Va. — The first Saturday of the 2021 spring gobbler season in West Virginia, may not have seemed like the best day to plan a volunteer work day.

“I’ll probably catch some grief over that,” laughed Kenny Perdue, President Emeritus of the West Virginia AFL-CIO in an appearance ahead of the service project on West Virginia Outdoors.

Perdue helped organize a number of the union locals who are part of the AFL-CIO and in partnership with the Union Sportsman Alliance arranged to rebuild the public shooting range at the Pleasant Creek Wildlife Management Area in Barbour and Taylor Counties.

“This is our third project in West Virginia through volunteers and Union Sportsman Alliance. We did one at a wildlife management area in Mason County and another in Kanawha County. The thought was we needed to look up north,” said Perdue.


Wildlife Managers in DNR District one identified several projects where the unions could offer assistance. One was retrofitting the shooting range which had fallen into disrepair, the other was installation and refurbishment of a boat dock at Tygart Lake Sate Park. Perdue hoped the alliance could tackle that one in the fall.

“It is a very good community project for not only our members, but for the public,” he said.

The shooting benches were built with brand new materials purchased by the Union Sportsman’s Alliance. They were patterned after benches already on site and built by members of Carpenters Local 436 at the training center in Bridgeport..

Two shelters covering the shooting benches received a new roof courtesy of the local sheet metal workers. They purchased the materials and installed them. The volunteer workers of U-A Local #152 donated materials for five target racks, fabricated them off site, and set them in the ground down range. The frames were substantial and will be able to withstand gunfire.

“They won’t be damaged by any gun legal to have for hunting in West Virginia,” laughed Perdue.

In all, members of SMART 33, IBEW 596, UA 152 and Carpenters 436 along with the North Central West Virginia Building and Construction Trades Council helped make the day possible. They provided more than 200 volunteer man hours to build and install the new facilities and donated all of the materials. The project cost West Virginia sportsmen nothing.

“They are getting a totally new facility donated by the unions of West Virginia. Hopefully they’ll respect it enough that they don’t shoot through the roof and they can keep things dry in there,” Perdue said.

Outdoors
Summit Bechtel Reserve to host Adventure and Freedom celebration
GNCC Racing and the DNR will team up to bring a major off road race combined with National Hunting and Fishing Day to the sprawling Boy Scout Camp this September
By Chris Lawrence
Outdoors
It's a great day to be a hog hunter, wherever you may be
Noted broadcaster Tony Caridi enjoys a successful hunt, while providing valuable exposure to a group which strives to offer thanks to veterans.
By Chris Lawrence
Outdoors
Natural Resources Commission approves big game regs for 2021
Commission meeting discussions cover a gamut including crossbows, disability permits, urban bears, State Park hunting, and the lack of public shooting ranges in some locations.
By Chris Lawrence
Outdoors
Trying for catfish, Putnam County angler lands state record drum
John Gibson of Poca caught the biggest drum in state history on the Kanawha River during a catfishing tournament
By Chris Lawrence
View AllHoppy's Commentary