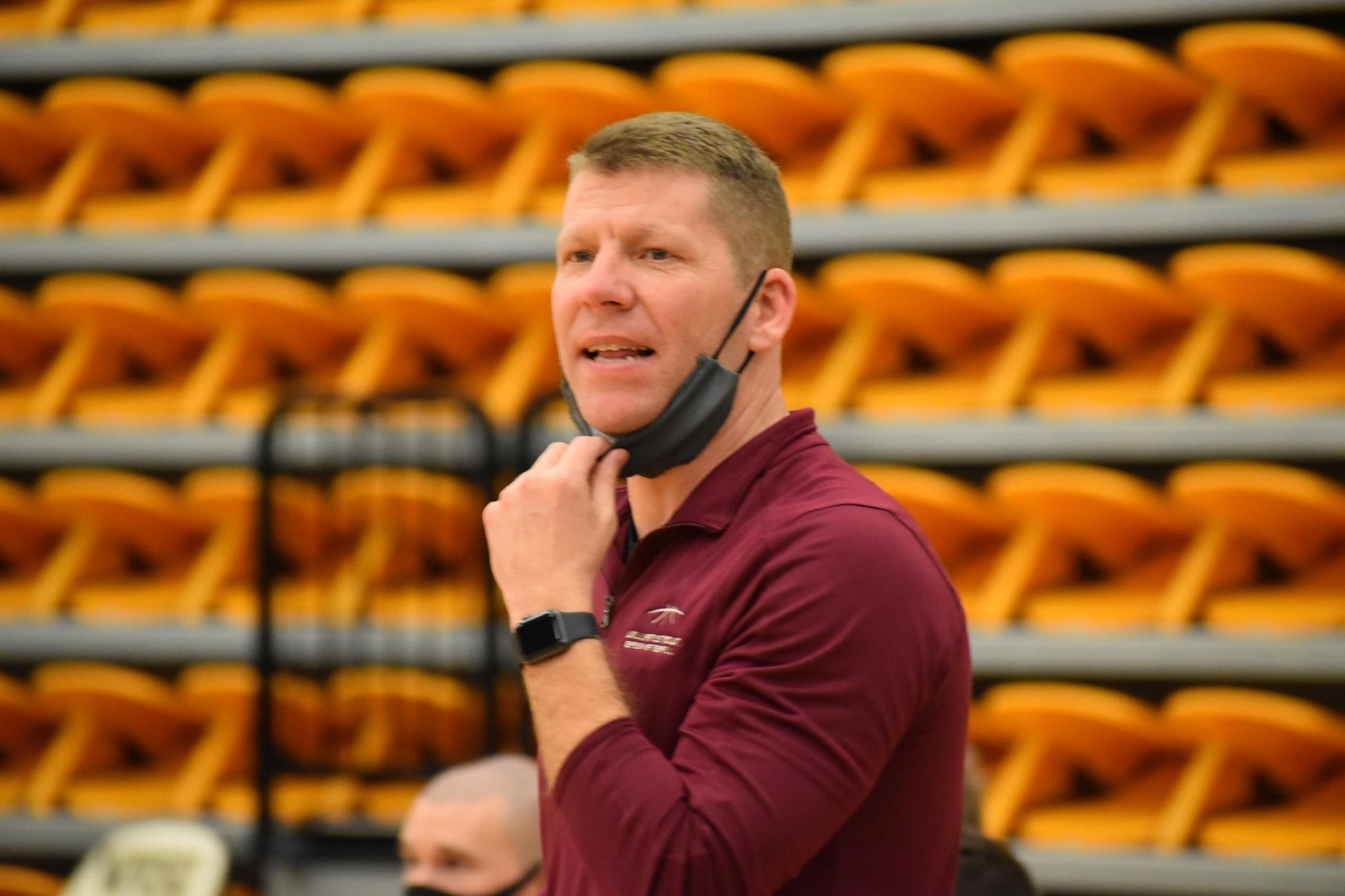 CHARLESTON, W.Va. — Having won 24 of 25 games a season ago, Williamstown was set to be the top seed at the Class A state tournament until the pandemic shut the season down.

Now competing in Class AA, the Yellowjackets get their opportunity to shine in Charleston and are again a No. 1 seed. Williamstown (14-1) faces No. 8 Moorefield (6-11) at 7:15 p.m. Tuesday — one of two AA quarterfinals being held on the opening day of the state tournament.

WHS has won 10 straight, including a 70-58 victory over a quality St. Marys team in a Region I co-final that allowed the Yellowjackets to advance to states.

“We’ve gotten better over the last couple weeks and I will tell you a big part of that is we never had our whole team together because of injury or covid protocols until the last couple weeks of the season,” WHS coach Scott Sauro said. “I think we’re playing our best basketball right now and hopefully we can get that rolling.”

While playing in a different atmosphere at the Charleston Coliseum has sometimes led to slow starts and poor shooting nights for teams at the state tournament, Sauro doesn’t seem concerned with his team getting stage fright.

“That part of it doesn’t worry me too much. We don’t talk about it a lot,” Sauro said. “I don’t want it to be in their heads or anything. They’ve played in big games and against good opponents and they know how to react to those situations.”

Moorefield has won five in a row and beat Braxton County in a Region II co-final to qualify for the state tournament.

MHS will try to slow Williamstown’s Samuel Cremeans (21 ppg) and Xavier Caruthers (14 ppg) in an effort to pull the upset.

The other Tuesday Class AA quarterfinal pits No. 4 Clay County (12-3) against No. 5 Chapmanville (8-6). The Panthers claimed a thrilling overtime win over Frankfort in a Region II co-final, while the Tigers topped Wyoming East in a Region III co-final.

“Last year, we had a good season and hoped to end in Charleston and came up short,” Clay County coach Scott Gibson said. “This year, we expected to be in Charleston. That’s where we’re at. I’m proud of the kids. I’m hoping we go down there and play well and I think we will.”

The Tigers have been up and down throughout the season, but enter on their longest winning streak of the season at three games. While much of the roster has changed, Chapmanville coach Brad Napier is no stranger to success in Charleston and helped guide the Tigers to Class AA state championships in 2018 and 2019.

A pair of teams with short trips who hope to be playing on championship Saturday — No. 2 Poca and No. 3 Charleston Catholic — will begin their quest for state titles Wednesday.

Led by Virginia commit Isaac McKneely, Poca will be a tough out. The Dots pride themselves on being disciplined, playing quality team defense and have no difficulty scoring 60 points to win or playing at a slower pace to grind out low-scoring games.

The Beavers are back in Charleston after a two-point win over Wyoming East allowed them to claim a sectional title and stay home for a 10-point victory over Liberty Raleigh in a Region III co-final.

For the Irish, who were set to be a No. 2 seed in last year’s Class A state tournament, success will come from strong defensive play and not getting caught up in the moment, according to coach Hunter Moles.

“It’s about defense and rebounding. Pay attention to the detail,” Moles said. “Control what you can control and most importantly, have fun. It’s just another game with the orange round ball. Go out, have fun and stay in the moment.”

Charleston Catholic is keyed by 6-7 senior Aiden Satterfield, a capable threat on the perimeter and in the paint.

The Rebels are 11-6, but perhaps the most improbable member of the state tourney as they were the third seed in a three-team section. RCHS won at Magnolia and St. Marys in sectional play, then handled Wirt County in a Region I co-final to secure its first trip to the state tournament.

After starting the season 5-6, the Rebels come to Charleston winners of six straight. Guards Graden McKinney and Ethan Haught combine to average 34 points, with McKinney’s 19 a team high.

“This is my tenth year coaching basketball in two different stints,” RCHS coach Rick Haught said. “It’s the best group that I’ve ever had about coming to practice every day positive. They get along great together and they’ve been a joy to coach.”